If Not the Chief

Just thinking. 343 Industries is very protective of the Halo IP and it’s timeline. That’s why we got generic Arbiter instead of Thel Vadaam. And I was thinking that that was part of the reason they went with Arbiter instead of a Spartan of some kind. However, Dead or Alive did just that, and we got SPARTAN-458. So I was wondering. If we couldn’t have Master Chief, would anyone be okay with 458 instead? I know I would, just so that we have a Spartan, but leave your own opinions.

Compared to Chief who will only shoot Arbiter had more variety in his combat arsenal the sword included. So as a guest I can understand why he would be the better pick comapred to Spartans who just shoot.

Honestly One more guest but seriously after that No more than three. The alst character either needs to be a completely new KI character or Eyedol, this is not Smash Bros or MKX.

Honestly, if we’re talking about a fighter with multiple Halo characters, I’d rather MS just went and made a console fighter.

Either make it a Smash clone or, and here’s a weird idea, make it an edgy, one on one fighter. See if IG could build a new fighter with this crazy mix of characters, give them latitude to redesign some characters to fit an overall theme (or go against it) and how they’d want to create something cool, even if it had Skorge fighting Blinx. It could be a sort of mix of cool and dark with sort of tongue in cheek satire.

So yeah, you want multiple Halo characters? I’d be totally down for something like this. But two guests from the same game in KI? I’d rather see another series like Gears, Fable, Perfect Dark or some others get a shot.

I love guest characters. I think a customizable Spartan IV would be the Spartan for the job. Just a generic Spartan makes the most sense for 343I’s mindset.

He doesn’t really fit the game, id rather have minesweeper as a guest character.

I’m interested by this idea, but with one verey crucial stipulation from an disability access standpoint: Not! Like! Smash! Speaking from personal experience (and I know I’m in the minority) but smash is near, if not impossible, to play well without sight. Make it a one-on-one or tag fight with reasonable (non MVC/smash) pacing and I’m down. Similar to @RGLOfficial’s thoughts I believe.

Honestly, and this is me being hella hypocritical, bias, and self serving, but the only way I’d accept another guest character (I mean other than Raam since he is all but confirmed) is if that guest character is a Mortal Kombat character.

I don’t want or need Scorpion in the game, but another high profile character like Subzero, or Baraka, or Liu Kang would be fuggin amazing as a guest character, especially with IG at the helm with their amazing character designs.

I wanted the Lobo and Deadpool but that never happened.

I think Arbiter covers his archetype well - I don’t think there’s a need for another member from the Halo universe.

we know who the other person is that we be a guess but he would might be relasend aould e3 so microsolf can get people hype for ki and the other game that comes out in june :]

(locks you out) “You seem to suck at breaking. Why not try dojo?”
(L4 ender) “Wow, you took a lot of damage. Maybe you should block!”

(locks you out) “You seem to suck at breaking. Why not try dojo?”(L4 ender) “Wow, you took a lot of damage. Maybe you should block!”

I feel I’m missing out on the joke here…

Oh my god I completely forgot there was a new Crackdown being made. I would be hype to play as the Agent.

@TempusChaoti is referring to the anthropomorphic paper clip “assistant” in some versions of Microsoft Office. It would occasionally pop up and offer suggestions if you seemed lost or like you were having trouble. Those suggestions were also way too frequent and usually not very helpful! 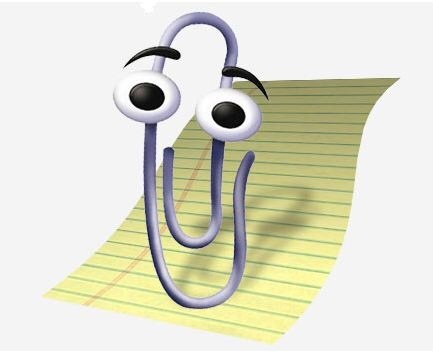 You forgot his outro, though;

“If you need help with getting yourself beaten to a pulp, I’ll be right behind the little ‘Rematch’ button. Would you like me to show you where it is?”

Way ahead of you here. I think I mentioned in the old forums I already have a design for The Agent if we ever get to do it.

Starts really weak, but every time you successfully hit the opponent, orbs fly out and you level up your abilities over time by collecting them. Essentially, you only have access to the equivalent of light specials at first and weak jumps, but as you level, you get access to medium and heavy ones, ground pounds, etc. His heavy powers hit HARD.

Focus on one category first, or spread out – depends on your opponent and play style.

Wish +1: Include the Voice of the Agency as an announcer.

Note: THIS IS ALL SPECULATIVE – I can dream too, right?

Lol. I’d try him out