Shin Hisako should not share the same stance as Hisako when idle. That is all.

Well, she’s still a ghost according to Keits, so while the stance holding the katana now instead of the naginata might look a little wonky, it’s not the worst thing in the world and from what he said, they would’ve had to have basically redone all of her animations to make them flow from a new stance, which would essentially mean making a new character.

What changed on Cinder from the first reveal? Stance wise?

They beefed him up a little from the teaser. You can actually kinda see the extra layer of fire on the character select screen if you look closely.

Or they could be talking about how they changed his design later on. 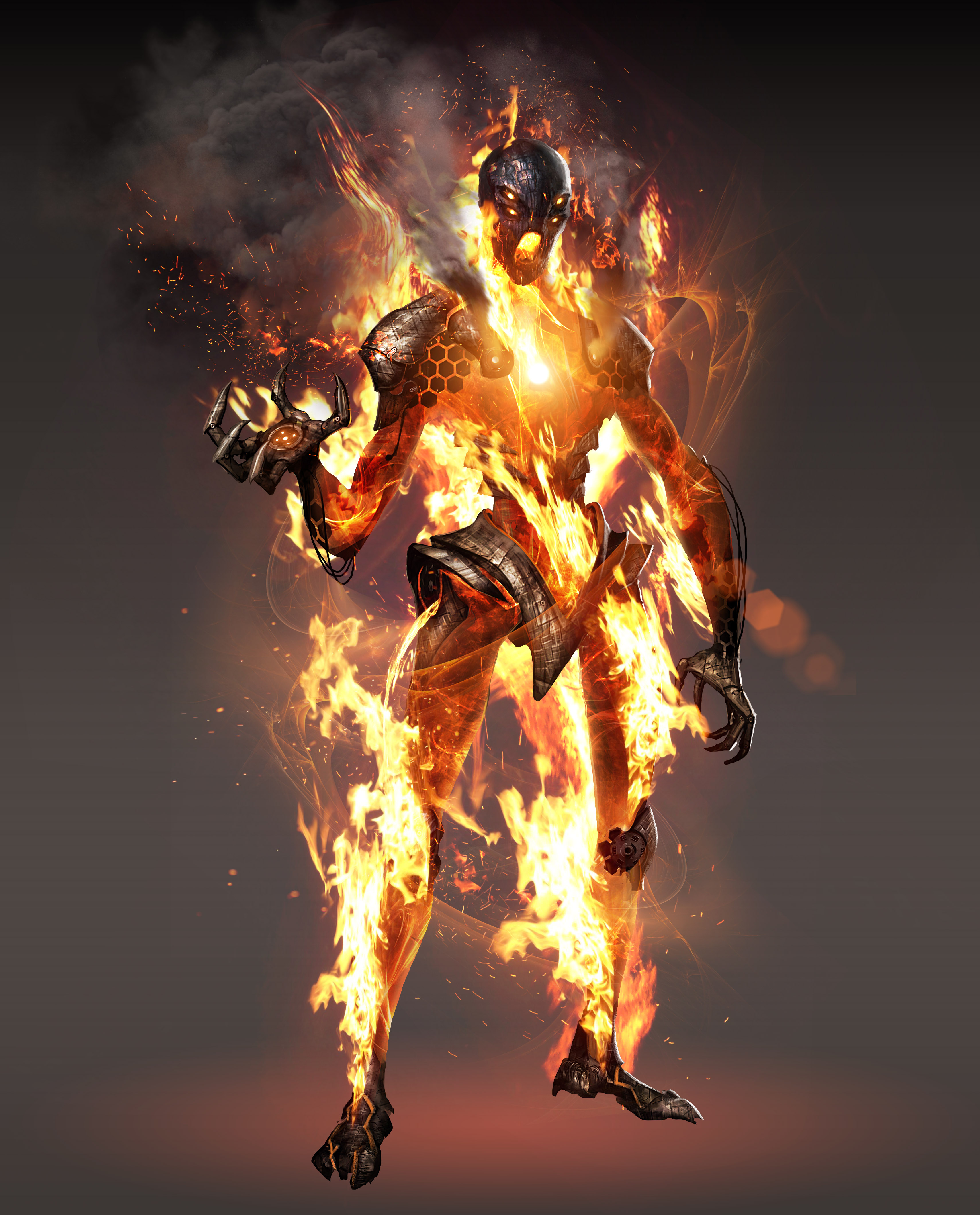 Stance-wise, there was that big decision on whether or not he should be back-facing or not.

image.jpg1019×499 200 KB
Most of these changes were made before the big reveal though so I don’t know if this is what you meant.

I think this trailer speaks for itself.

Changes from the “reveal” / “teaser” NOT changes from pre-production.

TJ doesnt look any different. His stance is the same , his colors are the same…maybe he became more polished int eh face ect…

But Shin Hisako’s stance is not going to change from what we have seen based on history of teasers and reveals.

Why are you wasting time digging up Cinder artwork from 1 year prior to his reveal?

I would think this would be her idle, yes. And as to why I don’t think it will change, I use shadow Jago as a great example. They said that they did not change his idle because every animation has to start from and end at is idle stance. To make a new idle stance they would need to essentially re-animate every move the character has from scratch.

If anything she should be the human version of Hisako or just give the existing one a new stance and incorporate all the moves.I guess this character came about because of the backlash from people not wanting a shadow orchid so if you compare the 2 I would guess shin hisako would be more popular than shadow orchid.

But then there’s this Kim-Wu sword thing going on, which pokes at the continuity a little as well (are guardians just represented by golden dragons?).

Exactly! What Is THAT

Did I just see Kim wus nunchuck dragon on the end of this sword. I hope that's not what I see

Shin Hisako’s stance is a bit awkward. It look childlike which is kinda appropriate for the “eternal child”

Honestly I thought she’d use Tusk as a base and have some of OG’HISAKO shenanigans incorporated into the moveset.

I thought she was going to look different. In the initial picture where she has like the gold colors on her I thought she looked “alive” as if this was going to be pre-dead Hisako or a Hisako that had somehow gotten her life back.

No, since she is the same person

Tusk sword is also a guardian. Not all of them has dragons design although I guess we just got lucky and got 2with a dragon motif?

Tusk sword is also a guardian.

Wargrom (sp?) is not a guardian, it is a manifest extension of Tusk himself, who is something of a golem crafted by the Ichoriens. His purpose is to guard Earth, yes, but he is not a Guardian in the same sense that the Dragon is.

Not quite. Here’s an excerpt from his backstory.

His fate is utterly tied to his blade, for Warg-gram (Wolf-wrath) as he named it, is a living thing, embedded with a fragment of the Ichorien communal soul

It’s not a guardian, it’s not a part of Tusk… it’s an angel

I thought she was going to look different. In the initial picture where she has like the gold colors on her I thought she looked “alive” as if this was going to be pre-dead Hisako or a Hisako that had somehow gotten her life back.

really? where did it say that? i remember in the shadow lord dossier that referenced shin hisako it mentioned coalesced gardians and mentioned tusks sword.

They could’ve chosen the Phoenix as her guardian, which is a symbol of rebirth.

No. Nowhere was Shin Hisako ever mentioned alongside resurrection. The guardian-katana apparently purified her and melted away her centuries of hate and anger, but she’s still Hisako, the eternal child.

And yeah, the SL guardians dossier does mention Tusk’s sword in its discussion of coalesced guardians.

That was my understanding of it from the origins explanation provided in the novella - that he and Warg-gram were comprised of essentially the same stuff. Maybe I was misunderstanding.

I also missed that part of the dossiers. Not that I’ve read them all, or even all that I’ve unlocked, or even most, or well… yeah, I don’t think I’ve read any of them that didn’t immediately correlate w/ information I wanted in a given moment. And now SL crashes for me in all difficulties, so… < shrug >

Soz for the misunderstanding.

No. Nowhere was Shin Hisako ever mentioned alongside resurrection. The guardian-katana apparently purified her and melted away her centuries of hate and anger, but she’s still Hisako, the eternal child.

Oh, I remember now it wasn’t resurrection it was it was Rebirth.
One of the three words used in the katana tease. Maybe also one of the three kanjis written on the blade?

IG doesn’t like when people call her a clone character but I think they could have been a little bit more creative with her, similar moves, almost identical ultra, cmon… I like how she is but…

IG doesn’t like when people call her a clone character

Then they shouldn’t have made her one.