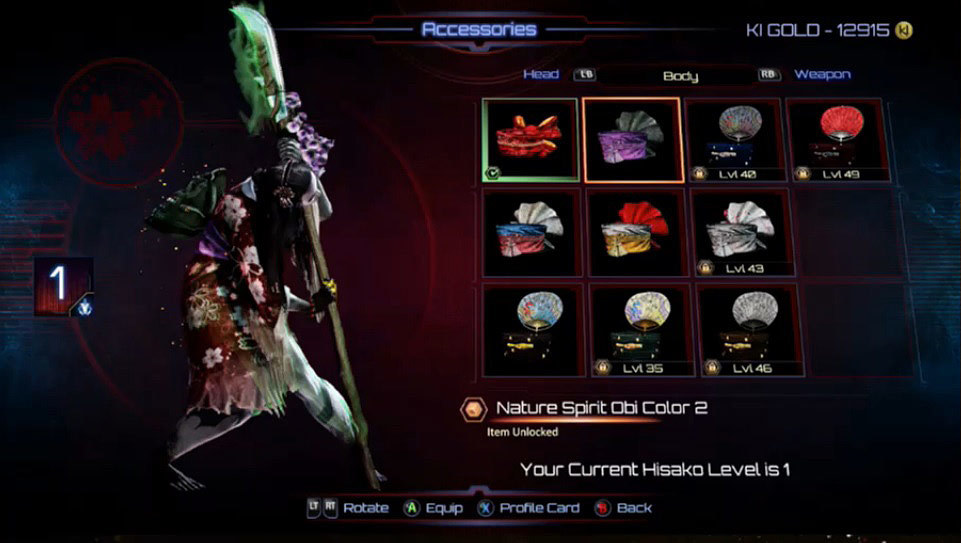 So here we have our living dead girl Hisako. She’s pale as the dead (fittingly), her head is tilted all creepily, her legs are splayed, and she’s leaning on her naginata. 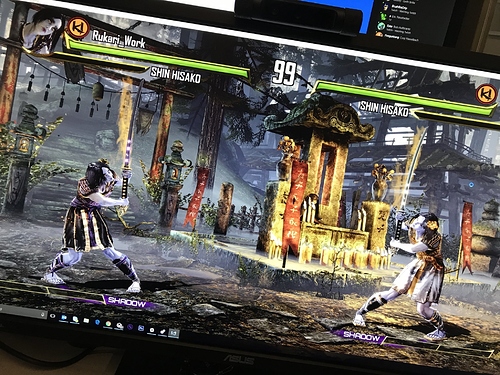 Now here’s Shin Hisako. GRANTED, this could absolutely be her from a super early build. I have no idea beyond this being a photo Rukari put on Twitter today.

But if this is her final look, I must say… Head is tilted, legs are splayed, she’s pale as the dead, and she still kinda looks like she’s leaning on something that’s not there.

Do you think that IG should change up some of her more ghostly attributes before releasing her? Of course, we don’t know, maybe she’s still some sort of being that would stand like this and what not, but I dunno… If she’s human or even a goddess, it just seems odd. Am I crazy?

Maybe it’s a model frame thing like retro riptors tail that can’t be changed without creating an entirely new model?

Maybe it’s a model frame thing like retro riptors tail that can’t be changed without creating an entirely new model?

That seems as likely an explanation as anything else. Still though, it looks kinda weird and out of place if she’s supposed to be human. I mean, even in the video that Rukari posted and then took down, the character had an orange essence around her that looks like they just took Hisako’s green aura and changed the color.

I definitely shouldn’t get worried over seeing something early, and yet… lol

Why would it be an early build if this is the pics he is using fro colors? This is how she is going to look unfortunately. When have they ever released something that didnt look the same up on release?

Im not trippin over it but I dont like how she looks exactly the same as Hisakos stance.

Loll hopefully this is only a joke xD I can’t seriously believe that would be her idle stance.

Also, I’m inclined to believe it’s a mockup because the katana’s aren’t being held the same by both models. The left shisako is holding the katana the wrong way…

The left shisako is holding the katana the wrong way…

Yeah I think he said that was a bug in the developer’s build or the capture build or something along those lines.

Oh, really? So this is for real? She’s really gonna use the same stance without the naginata? =S damn, I really don’t like it, at a first glance =/

Hope it looks better in motion…

She is going to look like this guys… every time we have received pics and videos the character/Ultimate, everything always releases the same as we see it prior to.

the only exceptions have been some facial changes… thats it.

The Sky will fall upon her release and thus WW3 of the hate for her. I dont really care, but Im not going to believe she will look any different.

Shin Hisako is still a ghost - she’s still going to be pale and “glitchy” and otherwise dead. Not sure where the idea that she’d be human came from. Backwards facing sword is a bug, rest of it is not.

I’m definitely not a fan of her maintaining base Hisako’s idle stance, though I’m not necessarily surprised by it. I was hoping they’d straighten up her posture a bit since the crooked-backed lean doesn’t make visual sense without a spear/staff to lean on. It seems that’s not the direction they went in though, which is a shame. Makes sense from an asset use perspective, but I was definitely hoping they’d at least tweak the basic stance, head cant, etc.

Is what it is now though I guess *shrug *

Tj, omen and cinder were shown in some capacity and released different…

Not saying this is the case here, but saying it never happened isn’t correct.

I have a feeling I’ll be pleasantly surprised by shisako in motion. My lady is already claiming to main her, so she already bae

What changed on Cinder from the first reveal? Stance wise?

Omen? Nothing changed on Omen except his Mask color and the arch or Orda shield

Yeah her stance does look a little out of place.

Can’t say I care too much for the stance (not including the obvious sword bug).

Yeah she’s leaning on something that isn’t there. Should be easy to just straighten her out a bit but i recall keits saying that changing an idle stance requires all animations to be changed as well so i guess we’re stuck with it.

Too bad. Just too bad.

Anyway, thank you for the continuous support, devs.

My ONLY thing to worry about is if this character shares hisakos stance. If this shinsako is bent over like hisako and has the head roll side to side…

Honestly, when I saw that image was the first time I’ve been… not unhappy, but unimpressed w/ a [teamKI] product. I don’t know who is in charge of (re)modelling, IG or MS, but this is missing the mark a little bit.

Maybe the stance is somehow too strictly tied to the model to undo, so if it’s gonna use Sako’s model, she’s stuck w/ the stance, and that’s okay I guess. But then there’s this Kim-Wu sword thing going on, which pokes at the continuity a little as well (are guardians just represented by golden dragons?). She certainly does look like she’s leaning on air, and that I think is the major detractor.

I don’t think it’ll ultimately be too big a deal, but for the first time since I got into this game, I looked at something and was like “Oh, c’mon guys”. I understand there is the issue of idle stance flowing into and out of other animations, so it’s a tricky issue that I guess was just too time consuming?

She’s Hisako, but beyond this undead ghostly zombie girl. She’s supposed to have ascended and become a divine spirit of sorts, right? Her looks, stance and movements should represent that. And they just… don’t.

I don’t think it’ll ultimately be too big a deal, but for the first time since I got into this game, I looked at something and was like “Oh, c’mon guys”. I understand there is the issue of idle stance flowing into and out of other animations, so it’s a tricky issue that I guess was just too time consuming?

That’s basically my reaction. I kinda got my hopes up a bit, but I really do just need to shrug it off because it is what it is. When I saw that brief video though, my reaction was just kinda… “Really? So did they just give her a different weapon and now her moveset is different?”

I dunno, I’ll wait and see what’s going on with her, but just based on a surface level glance at what she looks like, how she moves, etc… I’m less enthusiastic then I was after I saw the art picture of her where she apparently had the candle reflecting off of her, making her look human-ish, or at least different.

I didnt read all of the above posts cause I’m a POS but:
Shin Hisako should not share the same stance as Hisako when idle. That is all.