Hello KI Community and welcome to the new forums!

Here is our official bug reporting thread to let us know of anything you may find playing Rash in the latest 2.9 update among other things. Please follow the instructions below.

In order to help us get the most out of your bug reports, please follow these basic guidelines when bringing a bug to our attention.
When posting in this thread, please be as specific as possible. If we can’t recreate the issue we won’t be able to figure out what’s wrong.
Be concise. Try to get rid of unnecessary steps so that we can get straight to the problem.
Here’s a basic format that everyone should follow when reporting a bug -
Provide a brief idea of what the bug is.
Describe what the bug is and then provide steps that recreate the issue. If you can include a video that would be awesome!

TJ Combo can perform his Ultra Combo an infinite amount of times.

That wasn’t so bad now, was it? If you don’t know how to perfectly recreate an issue, don’t worry. Just try to be as specific as you can and provide a video if possible. We’ll handle the rest from there.

Thank You everyone
Iron Galaxy Studios

Nothing harmful, just audio not performing right. Personally, I like the remix

Ultra Combo and low health Danger mixed together as a lot of actions seemed to occur at the end of the round.

The achievement and profile background are still glitched for completing all season 2 story goals. When will this be fixed? I have done them all and have not been rewarded either.

The first one involves his Tornado Shadow move used as a recapture.

You cant Counter Break while doing his Shadow Tornado move when used as a recapture after an specific combo.

Step 1: Do any combo and end with at least a level 2 sand pike ender
Step 2: Quickly do a shadow tornado move it will recap the opponent
Step 3: Try to counter break

You wont be able to CB that move, giving the opponent a free breaker.

Sacrifice wont teleport you to the sand pool at random.

Step 1: Put some sand out
Step 2: Do sacrifice

Thats it for this one, it will sometimes not teleport you to the sand, making it a big risk to kan ra, sometimes this bug will come out if the opponent is near you but you dont hit him with the sandsplosion.

Its really at random.

impossible to give Omen 220 challenges completed, the bar Rashakuken was bugged at 8, just before getting to 9. 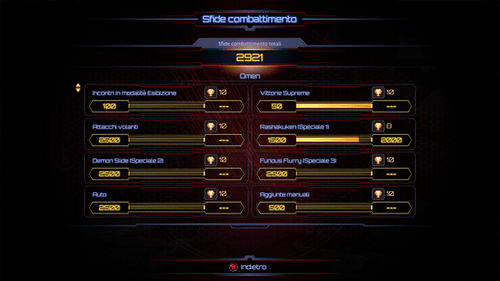 impossible to give Omen 220 challenges completed, the bar Rashakuken was bugged at 8, just before getting to 9.

Fixed the image for ya! @Ravan86

Glacius’ has issues cashing out damage. In every clip, his ender (differet scenarios) aren’t cashing out potential damage. The easiest one to replicate is Shadow Shatter ENDER after a crouching light punch manual. It gets blcked 100% of the time.

I have completed all goals for each of Season 2’s story mode, I have unlocked the mural 100%, but I still do not have the “Rivaled!” achievement.

This has happened to me a few times.

I believe this was with Glacius twice and Omen once.

Please correct the bug for platinum KI icon (220 titles challenges for one characters season one) i have jago sadira and orchid at 220 titles and i got gold icon master and not change for platinum icon.

thanks, I’m not good to use the forums …

Hey i dont know if it is a bug but since the rash patch my whole KI data is lost all the sutff i have unlocked is gone and all i have left are my ranked stats, how can i get it back?

While under Kan-Ra’s grab slow effect, Saberwulf’s enders can sometimes miss some hits. Pretty sure this was from having a lot of potential damage (level 3 or 4) but performing the ender form range following an opener > manual situation.

Cinder’s Pyrobomb does not get removed when Kan-Ra connects with his throw.

This may happen on other stages as well but have not tested.

Spinal refills opponents meter when he hits them with skulls.

Shoot a skull at orchid. Watch her meter fill up. Hate life.

(An addendum: after more testing, I found that you CAN ultra after close stand MP in these situations if you massively delay the ultra cancel until what is probably the last possible frame. It’s really hard to do reliably, but it might give you insight into how to fix the bug)