My suggestions for KI updates in 2017

DISCLAIMER: This is just MY OPINION and I am only speaking my mind.

With 2017 around the corner and more updates and content on the way, I thought I’d share some suggestions to the developers when creating new content/updates in the new year:

And these are my suggestions for future Killer Instinct updates. Take notes, @TempusChaoti @rukizzel and @Oxygen

I understand why you would want stages but I’ll refer to Keits. I can understand being disappointed it not having the stages but I don’t understand why you prefer them to actual gameplay. Also would you prefer having knock off characters that play differently to the original or not have any at all. The devs can easily do that. Believe it or not, they can’t just add stage ultras to stages. Those stages weren’t designed for stage ultras. They would have to remake the whole stage. Waste of resources and time that can be used for better things. Arcade mode is a fair point. Agreed there. How was the defender getting an advantage for breaking better? Flip out is way more fair as it returns both players to neutral. Oh and gameplay over looks. It doesn’t matter if the old way looks better to you. Oh and you should say more about ultimates/no mercys. How they can implement them instead of just saying you want them. Describe how you would want them. How you would do them. Etc. What does Thunder’s new costume have to do with Orchid’s KI2 costume? You say don’t ponder to SJW’s but if they weren’t pc about it, Thunder’s costume probably wouldn’t happen.

No, just no dude. This kind of entitlement from you isn’t going anywhere. These “requests” are too pointless with little to no value, you’re simply creating an toxic environment for your unnecessary demands.

If those remaining characters are for knockoffs, scrap them immediately because no one wants them. 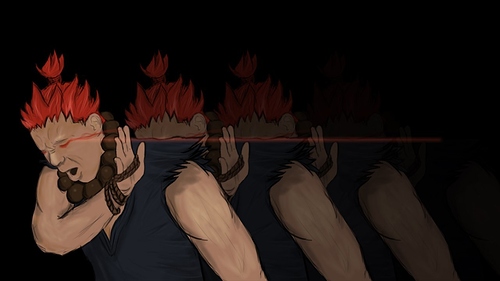 Not even reading the full post because this is some stupid ■■■■ and the last bit is pompous as hell. Looking up, I see the phrase “don’t pander to SJWs’” and feel very justified in this decision.

I’ll say it again, but the devs really slacked off when it came to creating new stages.

The developers chose a trade-off when they decided to only have 3 (which ended up being 4 when they found the time) stages for S3, resulting in the new lighting and Shadow Lords. They weren’t slacking off.

It’s been three seasons already and we still haven’t gotten a proper arcade mode where you can pick any character and go up the ladder until you reach the final boss (Gargos). You don’t have to add character endings if you don’t want to. Learn from Street Fighter V’s mistakes and don’t follow their footsteps.

Whose says leaving this out was a mistake?

Wow. Reading this whole post made me feel nothing but contempt for you. Good job, no one here has done that to me.

I would’ve respected this post had you went about it a different way. You just seem to claim that the devs had no idea how to do their job and have time and budget to do all this.

the devs really slacked off

And with one line you’ve basically ensured that the devs will ignore your requests.

Time to bring out the popcorn It’s been a while since someone started barking off requests at the devs for changes that “need” to happen or the apocalypse will rain down because ultimates, more stages, and butt floss orchid aren’t in the game and if god forbid they add a character based off another. Speaking of which why is it that when anyone wants orchids original costume they want KI2s orchid and not KI1? Don’t all original cast members have a KI1 retro(not counting thunders for obvious reasons) so why does she need to have her KI2 costume?

This is a troll thread, right?

Has to be a troll thread. You don’t throw that much in to one post without purposely trying to anger people.

With that in mind I’ll just be quick:

Alrighty, that’s enough time spent here. Good luck on that whole “insulting the devs / ignoring budgetary realities / crying about SJWs” thing you got going on here. Wonder if it’ll work out in your favor…

why does she need to have her KI2 costume?

Deep down, we both know why OP and a few others want it.

Actually, I really agree on the point that a universal Arcade mode would be nice. Especially if they make new boss versions of characters for it, like ARIA. That’d be near the top of my list for new modes I’d like to see, along with Online Training.

No idea why anyone would want to go back to the old knockdowns after combo breakers, though. Flipouts after CBs made KI a better game, and there’s a pretty good consensus for that.

Good job, no one here has done that to me.

Hmmmm I guess I’m slacking off.

OMFG. I’ve heard this complaint so many time it’s driving me into a wall at top speed! This is another entitled post about how they need to go out their way to stretch the limitations of KI’s engine to satisfy YOUR wants. I’ve heard it all the f*ck before. “ADD MORE STAGE ULTRAS” “ADD NO MERCYS” “ADD MORE CHARACTERS” “ADD A MORTAL KOMBAT CHARACTER TO THE ROSTER” “ADD MORE COSTUMES AND CUSTOMIZATION” All I hear from people like is “Turn KI2013 into KI1 cuz my mind is still clouded with nostalgia and in turn, Have unreal expectations for a game with under the amount of fans of some cancerous yearly shooter” The devs cannot cater to everything. Stop expecting greatness just because when you were 7 you were in love with KI.

I don’t think so. This thread is what I call “Entitlement”

OMFG. I've heard this complaint so many time it's driving me into a wall at top speed! This is another entitled post about how they need to go out their way to stretch the limitations of KI's engine to satisfy YOUR wants. I've heard it all the f*ck before. "ADD MORE STAGE ULTRAS" "ADD NO MERCYS" "ADD MORE CHARACTERS" "ADD A MORTAL KOMBAT CHARACTER TO THE ROSTER" "ADD MORE COSTUMES AND CUSTOMIZATION" All I hear from people like is "Turn KI2013 into KI1 cuz my mind is still clouded with nostalgia …

Disagree not saying go and make some but I don’t mind if they do. 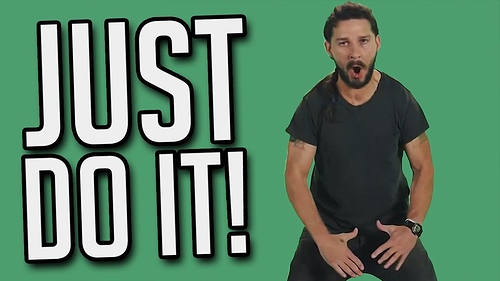 I’m going to be honest on the whole KI2 costume with Orchid. The only reason they want it so bad is of two things: fanservice and the fact that some people (not going to name names) don’t have girlfriends in the real world, so they decided to look upon female virtual characters with revealing clothing to have the urge to…well, you know. Being a lady myself, I like how Orchid looks in the new KI: conservative and still wow the guys with her looks. If they want Orchid in her KI2 costume that badly, they should go on YouTube, look it up, and go from there.