My suggestions for KI updates in 2017

Not gonna lie, I didn’t even read the whole post. I got to “no one wants them anyway” and had a good laugh.

Did you know there is a difference between “pandering to SJW’s” and “catering to human trash”? It’s not even subtle. I’ll give you a hint:

Orchid’s Flash fatality is catering to the scum that stains the bottomside of humanity.

And let’s not pretend that by “outfit” this isn’t what you meant. Nobody, like really nobody (not just the imaginary nobody that you cite above) gives a damn about KI2 Orchid’s aesthetic except for the flash.

Or is KI2 the one with the butt-floss for little boys who can’t get real women to look at them because they say dumb shxt like “pander to SJW’s” in real life? Maybe if you didn’t behave like swine, women would smile at you from across the room instead of snickering w/ their friends as you walk by, and you wouldn’t have to angrily fog up internet forums demanding megapixel butt cheeks in 1080p.

LOL, I didn’t even see the part where he actually told the devs to “take notes” AND tags them.

Holy… Seriously, the value that a super duper unique snowflake needs to place on their own opinion to think that’s a decent thing to say to the people actually making the game is just unreal.

Either one’s just completely up their own backside, drunk on their own self worth and dizzy from the smell of their own farts, or they’re really just that far removed from reality.

Man, if this isn’t a troll thread… I mean, wow…

(These are a new implement I’d like to make to the forums. These are called Mute Lines. For very special cases like this one, I suggest that these be used to tell other visitors that this thread does not need any more attention and we can move on to more productive things.
I quite like the Mute Lines, but if anyone has any alternative suggestions, we can discuss them elsewhere)

Orchid’s Flash fatality is catering to the scum that stains the bottomside of humanity.

eh, I dunno man. ya the flashy boob thing takes it a little far. In the mortal kombat series some of the female cast would kiss of death an opponent. I guess that’s kinda offensive…and let’s be real here for a second. armika for SFV? heck all the females basically. we even saw chum-lee’s
crotch during a few animations back in the 90’s.

I get what u mean above…but to some extent it might just be engrained into the FG culture.

There’s more to it than sucking up to people who want equality. It isn’t even sucking up. For starters, that Thunder costume is “pandering to SJWs.” They could have given us the original Thunder design, but they chose a more respectful one, and it seems pretty well received to me. In case you didn’t know, social justice is for more than just feminism. Orchid is a similar case. They could oversexualize her and repel female gamers, or they could be fair and treat her how they treat male designs. It’s nice to see a female design that doesn’t scream sex appeal at first glance. Furthermore, if you really want to see that kind of thing, there are better places on the internet that can satisfy you more than a T rated game.

Somebody else doing something doesn’t just automatically make that thing ok. I think you can see that IG is not focusing on T&A but rather making their characters look stronger and still appealing. Maya, Aria, Mira, Kim. I can show these characters around without the first thing them seeing be flesh strung together by tight clothing.

What majority are you talking about? I just see a small amount demanding these things and the rest prefering something else.

For the record, it’s ok to dream.

So please, let it be a dream and enjoy it.

IG is not focusing on T&A

totally agree. I think what I’m trying to say is that there isn’t one female character that Dosent show more skin than necessary. semi-sexy characters are just part of the history of brawlers.

MK as a franchise sort of exists for the sort I was deriding. Maybe a little less so, but the majority of MK-diehards I would politely classify as “low-brow on a good day”.

Pretty much every Japanese game developer is a sexually neurotic man-child. I want to believe it’s not related to their culture, but mosiac-censored pxrnxgraphy and used-panty vending machines tell me otherwise.

there isn’t one female character that Dosent show more skin than necessary.

IG, on the other hand, are doing an incredible job of dignifying their female cast, because for perhaps the first time in FG history, we have a dev team full of mature, sexually-stable, future-oriented folks. They’re one of a kind for our genre, but maybe they won’t always be. I have no doubt they are intentionally trying to shake off, perhaps break, the “female characters are for fapping” yoke of their forebearers.

Semi-sexy fighters are part of the history? Good thing KI is trying to change that then. I rather KI appeal to a broader audience that prefers their characters unsexualized than the opposite.

At the end of the day, they still need to make the game that they feel is best for everyone, not just the more vocal people around here and online that do a great job of impersonating a majority opinion.

They didn’t make Shadow Lords or redo the stage lighting because the minority asked for it. Honestly, no one asked for those things because no one knew that they were possible. Same goes for changing the shadow color and what not. They’re trying to make what they feel is best and sometimes that jives with what some on the board here want and sometimes it doesn’t.

Does that stop me from wanting more stages or a lot (but certainly not all) of the things you listed in the second paragraph? No. Of course not. But I also accept the fact that in order to make some content, other content either has to be put on the back burner or outright discarded due to budgetary constraints (tag mode), legal issues (comic characters) or any other reason we’re totally unaware of.

Some people seem to be under this impression that if they badger the devs enough, that they’ll cave and give them exactly what they want and this is how feedback is supposed to work. I’m not saying that people should stop asking for anything at all, but there are certain things that people need to see reason on. Butt floss Orchid and “real” Thunder are not happening. They’re just not. You can keep asking, but they’ve been crystal clear on it.

As for stages, however, I think they got that message loud and clear. They’ve responded by saying as such. Same goes with characters, costumes, ultimates and Shadow slots.

They’ll do what they can do and they’ll listen as much as they can listen, but this game isn’t McDonalds and we don’t all get to have it our way. Telling them to “just do it” is easy for you, but they have to please way more people and they have to do it on a budget. Maybe we should be a little more accepting of that fact sometimes?

semi-sexy characters are just part of the history of brawlers.

but to some extent it might just be engrained into the FG culture.

True (in some regards). But you seem to be saying that like history somehow justifies doing that now when clearly it doesn’t.

You just have forgotten KI 2 wulf. But anyway i agree with everything you’ve said.

Its just show how much you love the game and want it to expand in a positive way. Cheers.

Thanks. I really appreciate it.

@CrimsonScorch88 @KRX8 there’s a difference in wanting to improve KI better by being more polite and understandable about budget concerns, having different ideas and modes to add to KI, then being a complete ■■■■ who says stupid crap like “devs are slacking off”, “pander to SJWs”, by making unassumed and whiny remarks, and wanting outdated outfits that you might find people saying it either sucks or looks tasteless.

Are we to the point where most of us wouldn’t bat an eye if this sort of repetitive, “it’s just my opinion, so suck it” thread resulted in a ban? I think we’re at the point. 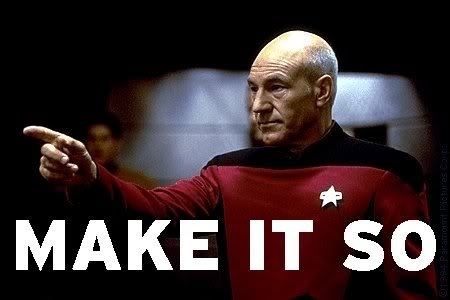 Jazzercise-wear is very comfortable. Thank you for acknowledging that.