Simple enough, this thread it’s about what movies you have liked, recomendations, and a deep look into them.

For example me, gonna start with two:

-First, my favorite movie, The Shawshank Redemption. I have seen it around 30 times, and if it’s on the TV, I will watch it again without any doubt.
-Predestination. This one it’s really fresh one really, and my recomendation it’s watching it without knowing ANYTHING about it. ANYTHING. Do not watch any trailer, just watch the movie without knowing anything. Belive me, really worth it.

Anyone who wants to participate it’s wellcome!

I watched "Wild"last night…it was pretty good! I didnt know you could hike across America like that and there are check point stations that ppl can send you care packages to.

I thought it was pretty interesting.

I really love this movie! It’s my favorite movie childhood of all time! I still have The Mask VHS, it’s very funny and awesome! : ) 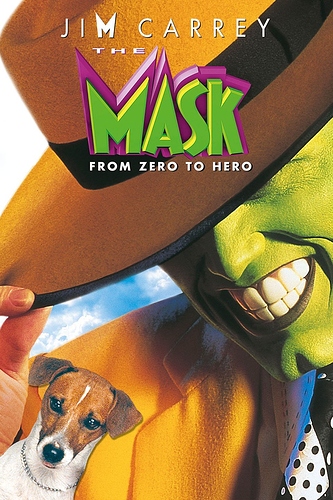 Someone should make Stanley Ipkiss’s The Mask skin mod for Kan-Ra on PC!

NO ALLOWED TALKING ABOUT SON OF THE MASK! It’s awful movie, I’ve ever seen…

Watched Eye in the Sky recently. That one kinda sticks with you. Good premise, interesting questions / moral conundrums, etc. Good performances all around.

I’d say some of my favorites include:

Alright, I’m just going to keep going if I don’t stop here. Suffice to say, I love a good mystery.

I don’t know why, but whenever it’s raining out, like really pouring, I always get an urge to watch the movie Hard Rain. I’m not sure if I can recommend it but… Yeah.

dude! i liked hard rain, it was awesome and good fun

I love (almost all) superhero movies, but besides them I love all kinds of movies which I will mention here when I get back from my Holiday in Cran Canaria, since I most certainly will forgot some awesome movies if I cant chack my collection.

But a random few:

So, wide range of movies I like, especially love me some fantasy/science fiction/mystery elements, or really tense thrillers with captivating performances.

Also love me some one-location movies like Phonebooth and Buried, just those kind of movies are nifty

Anyways, more in a week

Do you speak spanish?

A couple of great English films that many people on here may not have seen are : Snatch and Lock stock and two smoking barrels. Give them a try.

I’ve got a few I really like.
-For horror, John Carpenter’s The Thing. It’s tense, it’s gory, it’s got awesome effects, and an unforgettable monster. By far one of my favorites. A close second would be Predator.

-As a fan of dinosaurs, Jurassic Park is really high on my list. I watched it at the age of 3 and even going back I still love it.

-The Lord of the Rings trilogy is definitely a favorite for mu brother and I.

-As far as animated movies go, it’s hard to go wrong with The Lion King.

Seen both. Awesome stuff.
Does Guy Ritchie have other stuff that you can recommend?

other movies i am thinkin of

Centurion - has michael fassbender as a roman legionaire. they get into a fight with picts and there you go, things get messy as hell. it becomes a game of survival as legionaires face off against the brutal savagery of their assailants

Doomsday - Post apocalypse movie with rhona mitra. a disease has broken out, so they send in a squad of people into a forbidden area of britain to go and get a cure from a scientist who went AWOL. again, its very messy. pays homage to escape from new york and mad max.

Dog Soldiers - A werewolf movie. a squad of soldiers in scotland are out for a training exercise, or so they think. its fantastic, low budget, good fun. you wonder if the soldiers care more for the soccer game or those blood thirsty lycans

The Descent - Group of girls go down into a cave. ■■■■ hits the fan and its awesome from there on out. a great horror movie i highly recommend. its dark, its creepy, and way cool. the caves give you a sense of dread and claustrophobia, the camera work is really good

Movies are almost like music. So much of what you like has to do with where you are in life and what you are feeling when you first see it. You can objectively analyze the quality of the movie (filmmaking, cinematography, plot, script, acting) but the whole is greater (or lesser) than the sum of its parts. So all opinions on movies are inherently personal. Which is my way of saying don’t take anything I say too seriously.

I watch a lot of movies and have lots of opinions. Instead of just making some recommendations here’s a few quick things that may interest only me.

Movie I like that no one else does:
Man of Steel
I have seen the Superman story a billion times. I thought this was an interesting take on what it would be like to grow up as Clark Kent rather than a great superhero tale. I thought the first half of the movie was really underrated. The second half devolves into crazy punching but I already was deeply involved by then so I let it go. Batman vs Superman was inferior in pretty much every way - although I thought it was ok.

Movie Everyone likes but me
MadMax Fury Road
I think this is an overrated series anyway, and Tom Hardy is no Mel Gibson. Max is supposed to be a crazy tough ■■■■■■■, not a muscle man who is basically inept… Why am I supposed to care about this guy again? Oh well who cares, since he’s not the actual star of the movie. I thought it was mediocre.

Best Movie I’ve seen in the last year.
Inside Out
Yes, even though it’s a cartoon. It has a story that is both entertaining and meaningful. It’s well written, visually appealing, well acted. Everything works and I’m guessing they will be teaching this in film schools AND still watching it for fun when my kids grow up.

Movie that hit me in the right place
Grumpy Old Men
Saw this on a random day in High School with my girlfriend (now my wife) and my family for no apparent reason. Having the worst day ever for reasons I cannot remember and freakin Walter Mathau and Jack Lemon had me laughing so hard I spilled my popcorn. Is this movie really that good? Maybe not but I will love it forever.

Fun things to try:
Stay up for 24 hours straight and then watch Taxi Driver. It’s a bizarre film, but it captures the emotions associated with insomnia so well.

Similarly (but oppositely), Lost in Translation is not very well regarded and is kind of a puff movie. But it so perfectly captures the surreal feeling of trying to deal with jet lag and a foreign culture at the same time.

This is tough because I have a collection of favorite movies, especially at different moods. But, to keep it short I will narrow it down to my Top 3 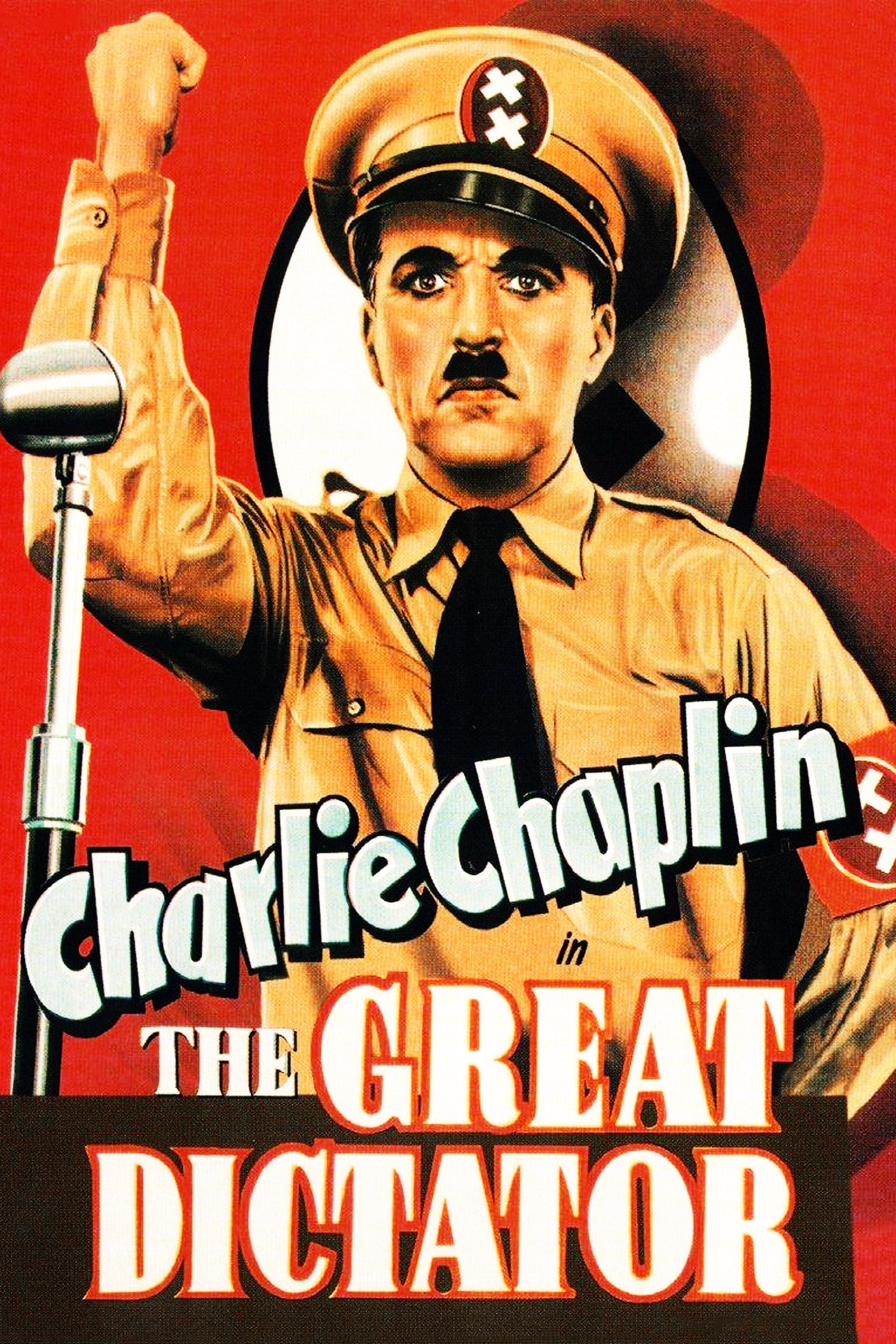 In his controversial masterpiece The Great Dictator, Charlie Chaplin offers both a cutting caricature of Adolf Hitler and a sly tweaking of his own comic persona. Chaplin, in his first pure talkie, brings his sublime physicality to two roles: the cruel yet clownish “Tomainian” dictator and the kindly Jewish barber who is mistaken for him.

2.) The Return of the Living Dead

The Return of the Living Dead is a zombie horror film that was released in 1985 and was followed by several sequels. The film is known for introducing the popular concept of zombies eating brains, as opposed to just eating human flesh, like previous zombie iterations, as well as its soundtrack, which features several noted deathrock and punk rock bands of the era. Ip Man (Trilogy) is a Hong Kong martial arts film based on the life of Yip Man, a grandmaster of the martial art Wing Chun and teacher of Bruce Lee. The film focuses on events in Ip’s life that supposedly took place in the city of Foshan during and after the Sino-Japanese War. 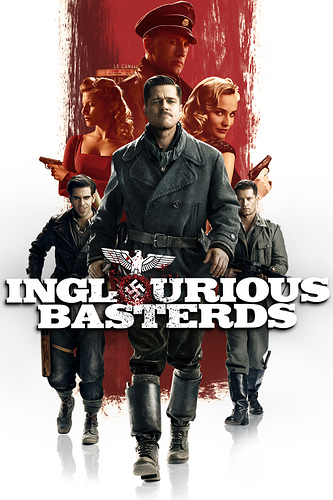 No, I’m from Holland myself, pretty good English (lived in Texas for a year), but dont know many other languages.
I understand German, but cant speak it worth a damn.

Did buy a self teaching class for Spanish in my younger years, but…what was I saying again…oh yeah…I have a short attention span