12/9 Textual Stream - The One that Wraps the Community Survey

DoctorBearJones
Will we be getting any more shadow slots? I would like to have 3 one for each season main.

Yeah! Shadows in Shadow Lords has really increased the demand for these. We plan on opening up at least one more slot, maybe more very soon. Not for the next update. But probably the one after.

Hi everybody! It’s time to go back in time to the 12/9 (2016!) Textual Stream where Dr. Bear asked if we would be getting a third Shadow Slot, and we’ve got just a tad past that next update.

I’d really like to have a new slot so I can make a Shadow Eyedol, and if giving us a new opening for Shadow Fighter #3 was in the works, what happened? @developers @rukizzel 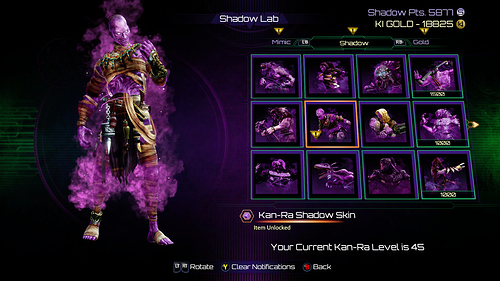 I can’t seem to recall hearing anything about it since last year, so… are we getting any more shadow slots?

Thanks, and have a great one, everybody!

Not to be “that guy,” but I’ll bump this once juuuuust because I can’t be the only one interested in the mystery of the missing Shadow Slots… right?

Hey thanks for bumping this! I didn’t see it the first time around.

Yeah, I’m definitely interested in a 3rd shadow slot as well. It’d be great to see this happen at some point. I don’t know if they’re holding this over to release with future content or what the deal is, but I’d love to be able to use a shadow for each season.

Please make it so, @developers!