I don’t know why I don’t see an OS Build on that screenshot of yours. It would tell me whether you have the November update or not.

There’s a chance your Windows might be missing an update, consult this link from rukizzel:
http://go.microsoft.com/fwlink/?LinkID=698739

Hit your Windows Start Key > Settings > About. It should show you the exact update number.

Type winver (a run command) in the search box next to your windows start key. Click on it and it should show a build number.

I believe you have to have 1511 which is the latest update. Here is a post from Rukari. Have to go unfortunately. I hope I lead you to a good direction.

If you’re having trouble downloading, here’s how to check what version of Windows 10 your PC is running and how to update to the latest:

I can tell you it isn’t the 1511 build. I had your same version. In fact, now my first PC is being held by a great technician, a friend of mine, who’s going to reinstall it with the newest build. If you can’t upgrade your windows, I suggest you to go via Iso or mediatool.

Yeah I am in the middle of downloading with the Mediatool - I guess they messed it up something fierce - there are many articles out there indicating how common this issue is. That post from Rukari doesn’t help my case at all - it did not update on its own or through manual updates. Bleh. Will see how this goes.

Better not - I already did a clean install on launch day of Win 10.

It worked. What a pain - I wonder why it didn’t update - I use my PC constantly - I’m a content creator for two Youtube channels (one that is over 600k subs) and also a Twitch streamer on occasion. I usually have to be on top of everything all the time and Windows Update just would not ‘see’ this one for some reason. Anyways, downloading now. It will be nice to finally play this game using my 360 stick.

Ran into a new issue - the season 3 characters only show up on the Xbox One version - they have a delay timer on the PC version and are not selectable unless you want the AI to use it. 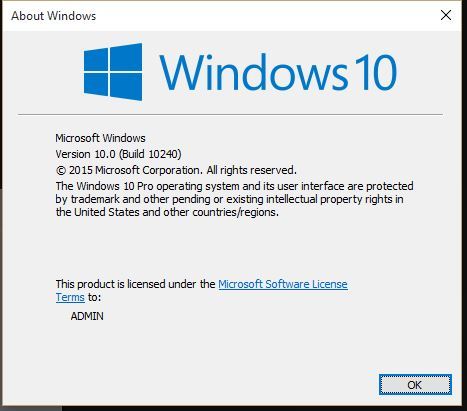 t of their version.

Go here and scroll down to the ‘Download Tool’ section. Download it, run it, and ‘Upgrade’ - do not worry, it will NOT wipe your files/drive/install of anything. Yes, you are upgrading Windows 10 with Windows 10 - basically the tool is updated and will give you the 1511 version you need, but again, it will not alter your current install outside of that.

I read about it here and it worked flawlessly for me. There were a couple of settings I had to change back to what I wanted them at (naturally) but it does not ruin anything on your PC. Your wallpaper will be there, your files, your programs, etc.

That one is the wrong version. You want this: Shouldn’t you also start KI S3 on your xbox first to enable the free download on PC…? Although you probably already did this.

No that has nothing to do with what we are talking about.

No, but that might be the next thing you or anyone else runs into.

I had the exact same problem with the update. I reinstalled my machine a couple of days ago and the update just wouldn’t install. It’s available for download now but in the meantime I also had to log into the updated client on my Xbox.