Who thinks that they should make a KI Anime?

Hello. Killer Instinct is high octane action with plenty of drama with the characters. Tons of danger with ARIA, The Titan Eyedol and the Shadow Lord. Sounds like a great idea for a show or anime right? Maybe an netflix exclusive even! I just think this would be a fun idea for an anime. 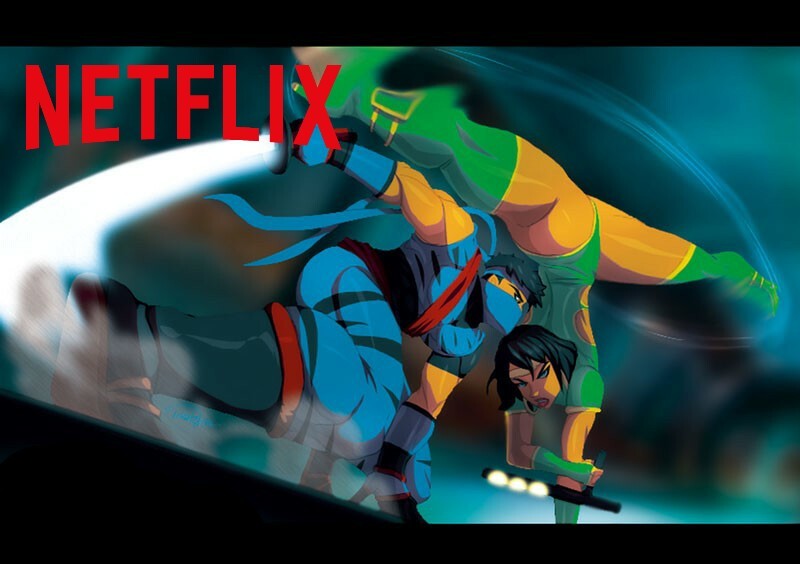 Fighting games have a history of transitioning into other types of media better than other games.

The Street Fighter anime and its localization was glorious.

Tekken is an exception though. Tekken’s movies and and anime were terrible!!!

That image alone has me sold on the idea.

I would love to see it as a show or movie, but NOT an anime. I HATE anime. About as much as 62% of the people here hate guest characters and Shadow Orchid.

What do guest characters and S. Orchid have to do with wanting it to be an anime?

My dislike of anime is at the same level as certain people’s dislike of Guest Characters.

Okay, but where’d you get the 62% from? That’s oddly specific.

Why? Why would you hate an animated version of KI as a series?

i just randomly came up with a number. No real basis. I just know a lot of people don’t them.

I wouldn’t hate an animated Killer Instinct. Just not an ANIME. I love western cartoons, but the realm of Japanese animation I despise. For a number of reasons. If they did a cartoon or animate movie, it would be great. Just not an anime.

It’s 1 thing to express an opinion, but don’t spin assumptions as fact. I could understand if you got 62% from a poll, but even then it wouldn’t include everyone, just those that took the poll.

In Japan, anime is just a word for animation. Voices would be mostly in English. You aren’t going to get school girls or anything in KI. The picture looks alright to me.

I don’t prefer J. anime either, but I can recognize that there is both good and bad J. anime, just as there is good and bad western animated cartoons.

With that said, I’m curious. What aspects of Japanimation do you specifically not like?

First off I can’t listen to it because I think spoken Japanese is annoying and English dubs suck, as we all know. The concepts enharent is most of the popular J anime is either boring or two weird, and they all LOOK exactly the same, there is no variation in the art style. I know some of these things wouldn’t really apply to a Killer Instinct anime, but who knows how they would go about making it.

That picture looks cool, but it also isn’t drawn in anime style, which to me looks pretty boring. At least J anime, which is what every westerner thinks anime is.

Well it isn’t going to be spoken in Japanese so it would be natively solved. I think the issue is that you are looking at popular anime. Popular anime follow each other and usually look the same. Think of it as a bandwagon effect. Smaller less known anime usually have more freedom to do their own thing.

That’s a comforting thing to know. And I realized as I was typing that my arguments really don’t apply. Except maybe the voices, because for some unknown reason people feel the need to speak differently when voicing an anime. Compare Yuri Lowenthal on Ben 10 and Young Justice to any anime he has voiced. He speaks like a foreigner speaking English. That and art styles are why I would be worried. They might try to go for those things intentionally because “Hey, it’s an anime after all”.

Although, it would be hilarious if Kim Wu spoke that way, and the rest of the cast didn’t. Because she actually is a foreigner speaking English

I’d totally be down for an animated KI series! I don’t think a live action one could do the series justice, since our cast of characters is so varied and their movelists so nutty.
As far as the style goes? There are ways an anime could work. There are a lot of cartoons you wouldn’t expect to have been animated in Japan. I’m pretty sure Star Wars and The Xmen have some that fsll under that category.
Though maybe a western studio could do it better. Maybe something Canadian along the same lines as Heavy Metal or Fire and Ice.
Or perhaps something like Avatar or Teen Titans, where it combines western and eastern animation. That could satisfy both sides of the coin