Which character who you don't use would you like to be good with?

So my question is simple: Which character would you like to use at the same level as your best character? Not the best in the world, just as good as your current best character.

I’m using a poll, but since it’s limited to 20 characters, I’m going to let out in a different poll 6 characters:
Jago, Sabrewulf, Orchid, Riptor, Thunder and Shadow Jago: Because they were the most easy to use characters according to the votes of the community in the KI Survey. I skipped Rash, because although he seems simple, his juggles are really hard to master, so his peak level is not that “easy” to achieve.

Remember to post your mains too, since obviously you are not going to choose your main here!

I would love to have Kan-Ra, Hisako, Cinder and Aria with similar skill

I play RAAM. I dabble in Omen, Jago, and Shago.

I would like to be competent with Aganos - the golem is the character that got me interested in KI in the first place, but every time I touch him I just feel lost, then I’m dead.

I could help you with that! ^^

I would love to learn Cinder to the degree that some of my other characters are at. Those juggles.

I would like to be good with TJ Combo. He has so much going on in his move set, which I love, but I can’t get past his autobarrage. I accidentally go in to it, not a lot, but enough to where I feel like I have to play him so much more deliberately than any other character in the game, which makes him much less fun to use (for me).

If they changed his autobarrage to something less obtrusive, where I can more consciously decide to go in to it or not go in to it without fear of prematurely ending my combo with his advantage ender, I’d put him in my top 3, no question. He’d probably bump Sabrewulf off the list, as I find him a bit dull compared to most characters. As it stands, TJ’s my least used character for this one, single reason.

Some other character’s I’d like to be better with include Aganos, Hisako and Maya. Aganos looks so deadly in the hands of good players, but when I use him, he’s slow garbos lol. I love what Hisako and Maya can do, but I can’t seem to make anything interesting happen with their move sets when I use them, so getting better with them would be nice.

I voted for Orchid in the simpler character poll because I feel like I should use her more. She’s fun, but I’m not particularly good with her for whatever reason. Shago would be my second pick with maybe Riptor third. I like Jago and Thunder, but I really wish they both had more fun stuff going on in their move sets.

For the first poll I chose Kan-Ra. He has such an interesting style of play that I can’t quite comprehend just yet.

2nd poll I chose Sabrewulf because being a new player there’s many characters I haven’t tried very much. That and the list of trials the game gives me almost all involve Sabrewulf in some way

Arbiter. His design is so cool to me. I like the things he can do, and I don’t know why I don’t play him lol.

Honorable Mention to Mira, but Damn it’s so hard with the blood mechanic

Also, Saberwulf. Besides Jago, that was the character that nearly fell out of my chair.

Hands down, it’s ARIA. Love her design but her gameplay is waay too complex for me.

I can teach you how to use Arbiter…

Could you? That would be awesome! That’s the only new character I REALLY want to learn EVERYTHING.

The only question is: 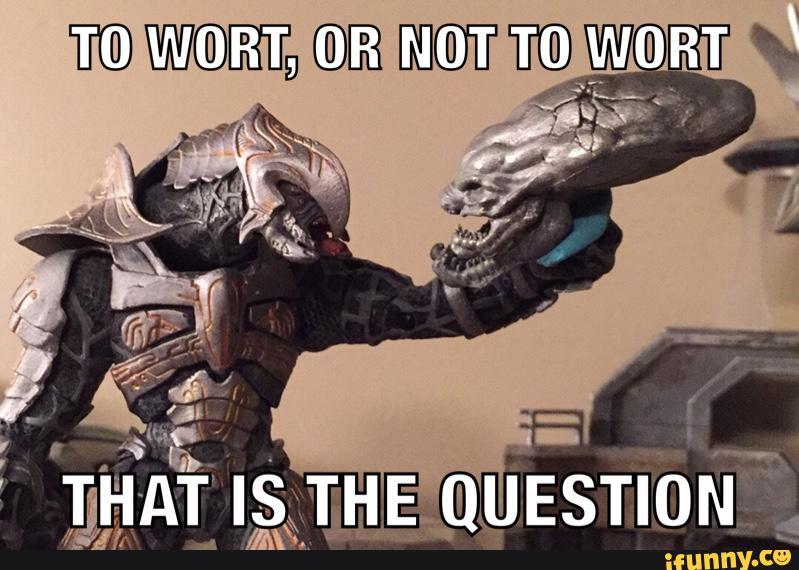 Mira. I’ve put time into her already, but there’s just so, so much play to her. She’s probably the best character in the game, and I won’t be surprised if we don’t see that exhibited in competitive play for a long time to come. A runner-up would be Cinder, and maybe Fulgore at the level I’d like to be at in third. Other characters I’m either confident I’ll get there with or don’t really have enough interest in learning.

Among the simple characters I picked Shago. I’ve put time into him on occasion as well, but I find a lot of his specials disorientating, so I’m not there yet with him. Mind, Shago’s just about getting in by default: he wouldn’t top the simple character list for me if I didn’t already have a Jago, Riptor, and Wulf, or if I thought I’d have a hard picking up Thunder.

I main Sadira. but I can play pretty well with Jago. Trying to get back into Sabrewulf. My Spinal still sucks.

One character that I would love to learn though is Glacius. I actually had a pretty good Glacius in S2 and could manual for days. I learned a lot of tech from Cstyles, but I haven’t really touched him much since.

I will probably start working on him again…

I’m still not where I want to be with Sadira. I have her manuals all mastered and I’m pretty efficient with her Instinct, but there is still so much tech and new tech to master that I’ll probably spend much of the rest of my life trying to perfect her.

Main Fulgore! I’ve always enjoyed watching a good Tj Combo. Would love to try him but my problem is his inputs. I’ve never been good at back forward inputs. Quarter circles have always been easier for my fingers. Cheers from adrunkhalfbreed!

Guys, you know what I just realized?

“Why don’t we use the characters we really want to be good with?”

I do use them!

I’m trying to learn Kan-Ra. But the reality is that I already enjoy 3-5 characters over him. So albeit I want to learn him, those characters “steals” some learning time since I want to play with them.

Heck, sometimes I’m just like “Wow, I really want to play Eyedol for a while. Here I go!”

Also, in my particular scenario, Kan-Ra is a very complex character, and I should lab him, but I like learning actually playing matches, which leads to “OMG I’m getting destroyed and I deserve it!”