Where would you like to see the story go in season 3?

It seems more than a little likely that Gargos’ invasion will be a major focus, but I was curious as to where you’d like to see the story go for that invasion, Ultratech, individual characters, etc by the time seasons three is over.

Jago gets his groove back.
Sabrewulf finds love.
Glacius wins the big game.
Thunder wins a scholarship.
Sadira becomes prom queen.
Orchid gets the guy.
Spinal saves the world.
Shago becomes one with the force.
Fulgore dies.
TJ becomes president.
Maya lives happily ever after.
Kan-Ra goes to jail.
Riptor transcends into a god.
Omen finds self worth.
Aganos wins the race.
Hisako gets her dream job.
Cinder learns that with great power comes great responsibility.
Aria drives off a cliff and her fate is left unknown.

I hate you. Why does Fulgore have to die? WWWHHHHYYYYYYYY

I wouldn’t mind seeing seeing the good guys (Orchid, Jago, TJ, Thunder etc.) reluctantly form a temporary alliance with Aria and Ultratech because they know that is the only way they will be able to defeat Gargos and whoever fights on his side. IMO Aria (while antagonistic herself) ultimately doesn’t want the human race to be destroyed/go extinct so it would be cool to see her come to the realization that she and her Ultratech forces can’t take these guys on their own, and need the help from the very people who are doing what they can to destroy Ultratech.

I also want that ending of Spinal’s to happen, where he puts looking for the Mask on hold and settles for wanderlust, freedom and adventure (aka embracing the life of a Pirate) lol I don’t want him to find the mask, because then he might not return in a future game haha

#Jago:#
Gets his sprit back. Slightly broken from the purging of Omen he delves deeper into his Tiger sprit training to clean himself of the demonic possession lingering touch 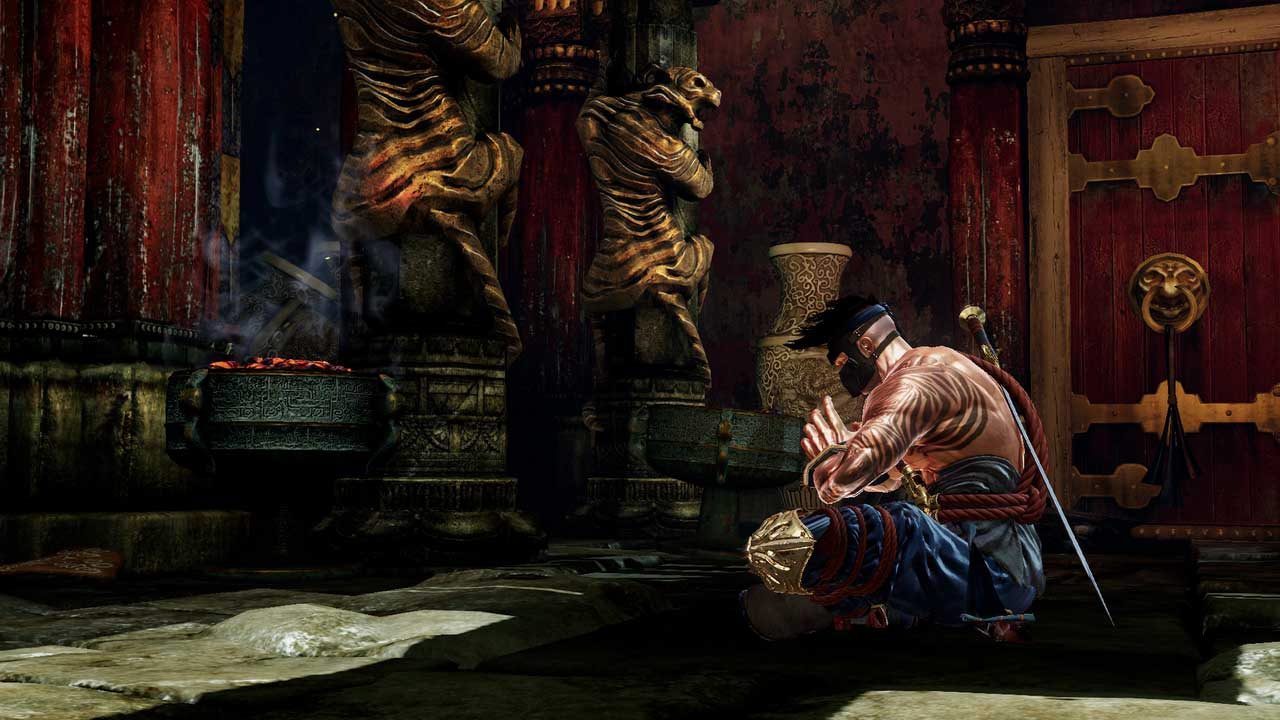 #Sabrewulf:#
finds out that the only one who could cure him is our new vampire queen. Her long forgotten magics are long since forgotten but come from a time of pure power a time when she ruled earth by the side of a Titan. #Glacius:#
continues to look into Aria tech and the beacon he intercepted from space, determined to get back his races technology and to destroy all data of it. 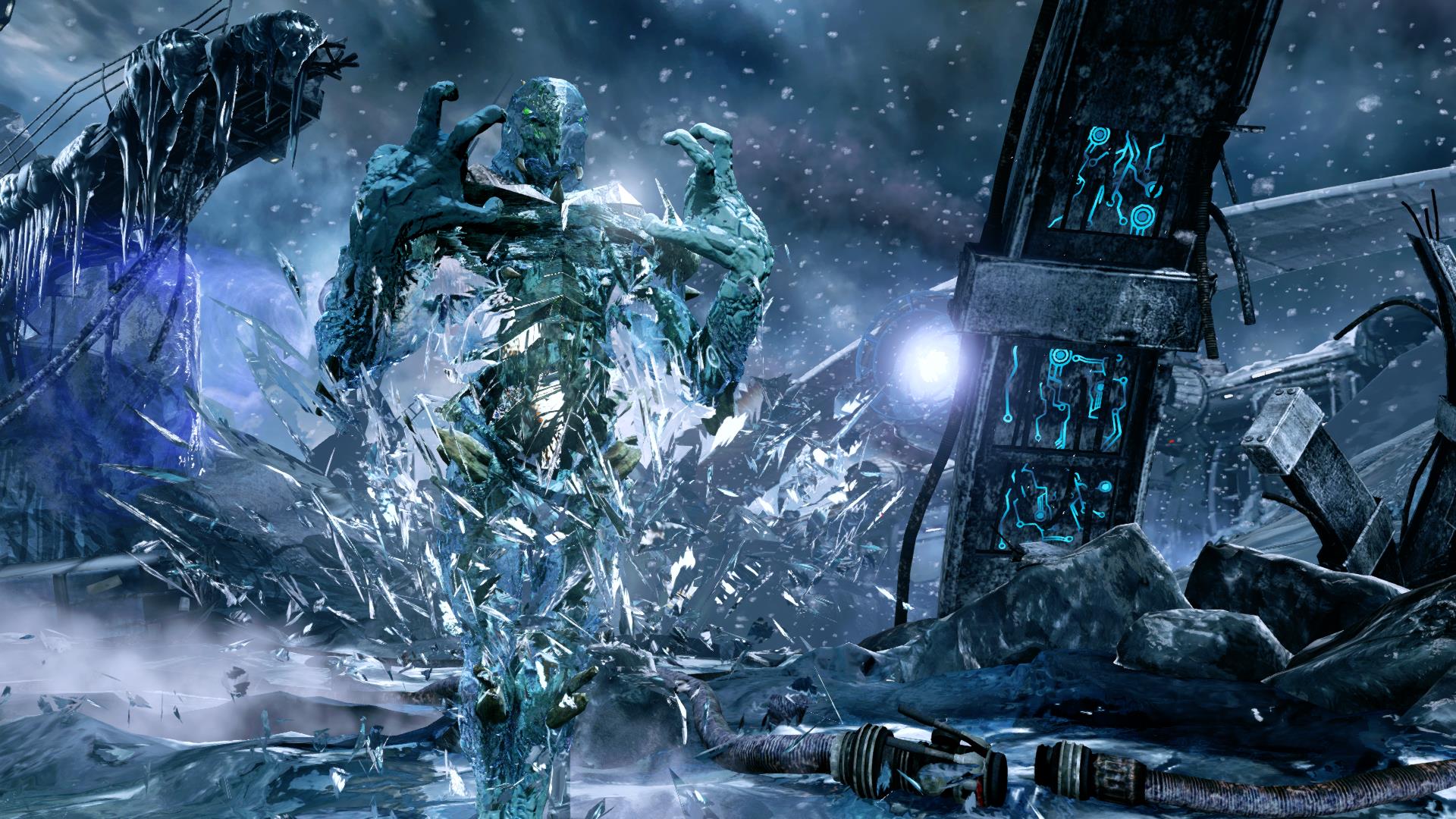 #Thunder:#
Finds out about Eagle and that he may still be alive being used as a hive mind for the Fulgore units. Kept in
status as a mindless tortured zombie for his perfect fighting kill mind. He promises to find whats left of Eagle and lay him to rest.

#Sadira:#
H.ell bent on killing Aira (if thats possible) after being sacked by her and shamed in front of her tribe (showing weakness). She calls upon more power of her golden spider to try to stop the vengeful spirit Hisako. Knowing her mortal form is not capable of killing a ghost will the Spider spirt aid her in laying Hisako to rest. 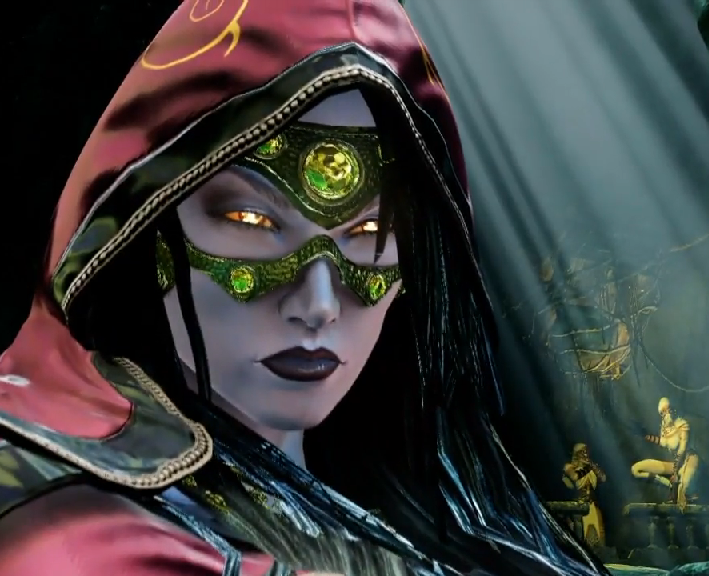 #Orchid:#
strengthens her resistant Sarah Connor style and meets Joanna Dark who becomes an ally and a great source of spy intel and technology. 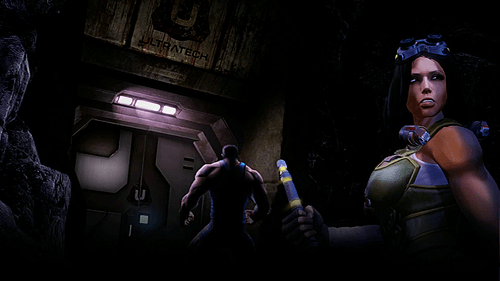 #Spinal:#
Free form his curse starts to raise his own un dead army using the power of the gold skull to resurrect the most feared fighters across the world to fight for him. Vowed to never be controlled again the world must pay for its crimes 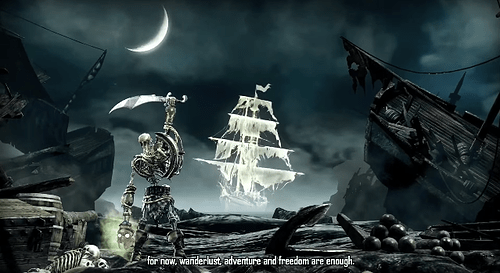 #Shadow Jago:#
After causing chaos and defeating many Gargos foes shadow Jago turns into Omen the harbinger of titans
https://i.ytimg.com/vi/MCM9la-m0/maxresdefault.jpg

#Fulgore:#
Become self aware of Eagles hive mind human brain. Discharging any human instinct for cold hard killing. Analysing the world through his own views… is humanity worth saving and is he the perfect human that Aria had searched for? Free from all human programmed protocol Fulgore is the first AI to become self aware and not be controlled by any protocol. For now his mission is to follow Aira’s plan and to ensure as many Fulgore units are made as possible. 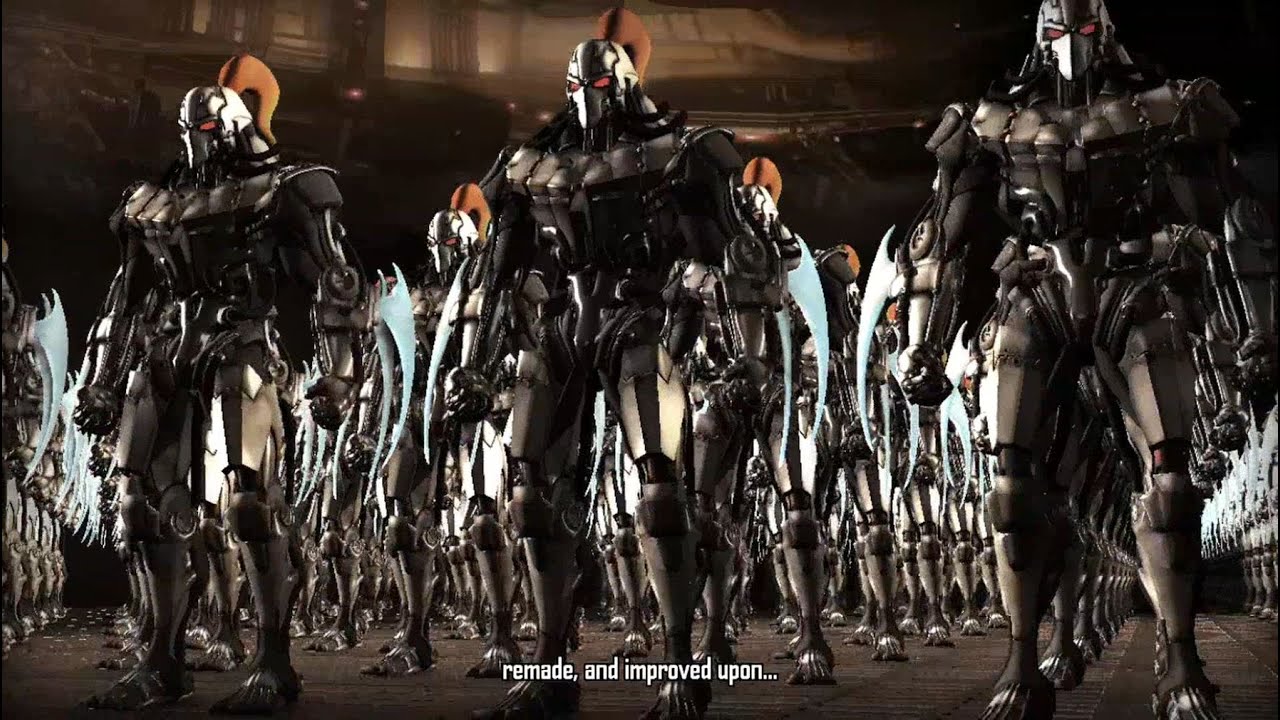 #TJ:#
Uses’s everything he has to support Orchids resistance finically and physically he become a general in her wear on Ultra Tech

#Maya:#
Questions her connection to Kan Ra’s blades but supports Orchids resistance, She’s brought closer and closer to Kan Ra and sees the coming of Gargos 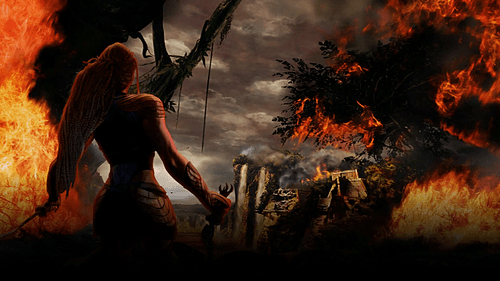 #Kan-Ra:#
Sets free Gargos and becomes his subject (one of his horsemen if you like) forced to be what he tried to escape from 10000s of years ago a meer lapdog but this time to a Titan not a king. 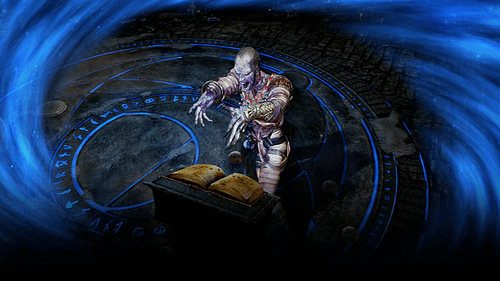 #Riptor#
Continues to hunt the resistant become cleverer and cleverer almost gaining humanity rather than loosing it like Fulgore. She becomes more and more interested in the survival of her race rather than just killing for Ulrea Tech. Secretly rearing off spring life always finds a way.

#Omen:#
Stars to bring about Gargos coming. Resurrecting Gargos once fallen war lords (one a vampire queen) the other (?) These kings and queens ruled at Gargos sides and have the powers to bring back around the age of Titans

#Aganos:#
Marches into war with Kan Ra’s new army relentlessly. He also raises a small Aganos army to support him

#Hisako:#
Vengefully haunts Sadira where ever she hides. Walking… closer and closer she will kill the one who desturbed her peoples graves
https://i.ytimg.com/vi/17N4G8JsiZo/maxresdefault.jpg 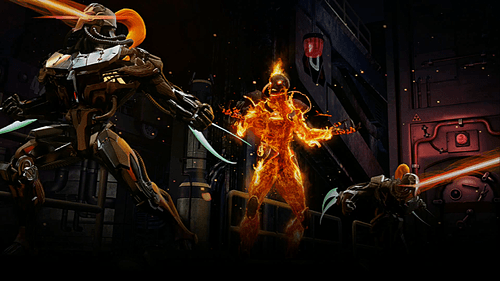 #Aria:#
Readies her army against Gargo’s Titan army. Her goal to defeat the Supernatural threats to humanity and to uplift man kind so that it will never be ruled by Titans and demons again.

#Kim Wu:#
Born from a tribe that helped banish Gargous and his bosses 1000s of years ago Kim is the blood line decedent of the hands that took Gargos down and banished him into limbo. As the bells of her village are chimed its now her destiny to take what she has learned and vanquish the threat once more. 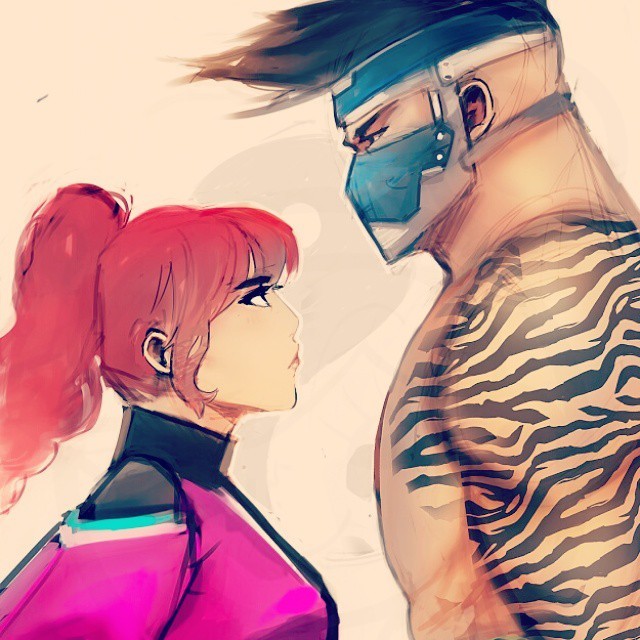 #Tusk:#
Tusk calls, the ancient barbarian sword from 1000’s of years ago glows with power. It senses the Gargos and its wants the blood of the titan once more. Its barer bestowed with all the power, strength and memories of TUSK. But this time the burden full upon a 21st century hero who knows nothing of being a barbarian and much less a hero. 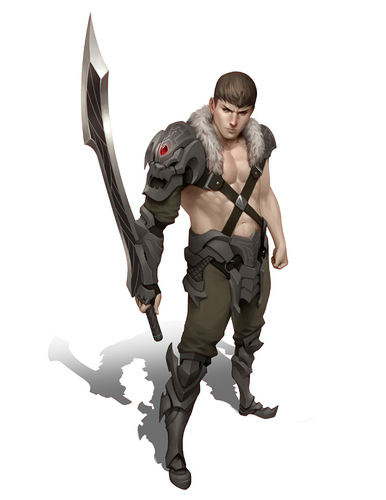 #Joanna Dark:#
After looking into Data Dynes secret alien activity and inner council Joanna soon finds out about Ulta Tech’s plans to uplift humanity to defend against Data Dynes threat. Maybe she could take down two birds with one stone? Stop Ultra Techs plans to change humanity forever while exposing Data Dynes plans for alien domination on earth. Joanna soon find an ally that can help her defeat Ultra tech in the form of a rebellion. 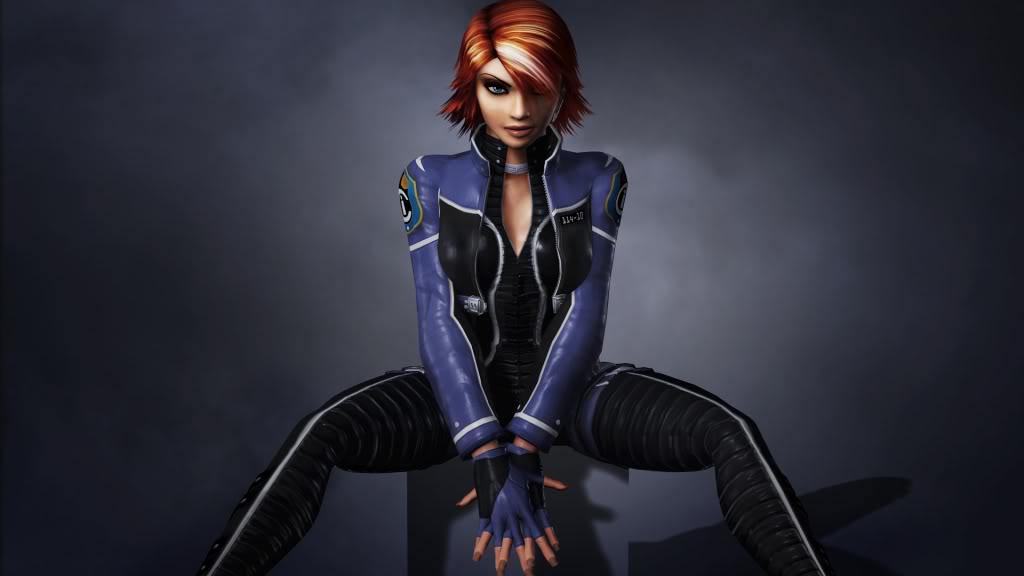 #Gargos:#
Released from limbo by Kan Ra, Gargos is once again set free on earth. His first mission is to secure a castle fit for a king, re establish his lost generals and bright about a shadow army of Omens ready to wage war on earth and take it back in his name. Time has been Gargos biggest ally, the Tiger monks and their old ways almost extinguished, Tusks is no wear to be seen and the Night Guard decimated only one clan, the Dragon clan still exists in isolation. 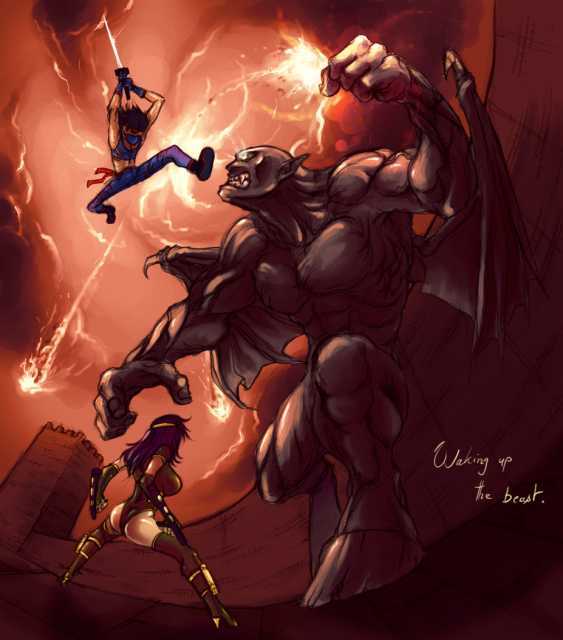 #Queen Evangeline#
Once ruler of a quarter of earth Queen Eva was feared and respected. Her iron grip and arcane magics survived Gargos well and kept his lands falling to other titans or tribes. Evangeline, a pure blood vampire she was merciless and extremely powerful. Her stoney pale skin reflected the warmth for mankind. Her vampire armies were well equipped and hugely skilled. Evangelines regal decadence came at a huge cost to slaves who built her empire. Turning humans into wear wolves, and vampires Queen Evagelines followers became loyal and lusted over her purity and evil. Resurrected from death the dead Queen walks once more. Scared and ashamed by her defeat all humanty will pay the price this time. 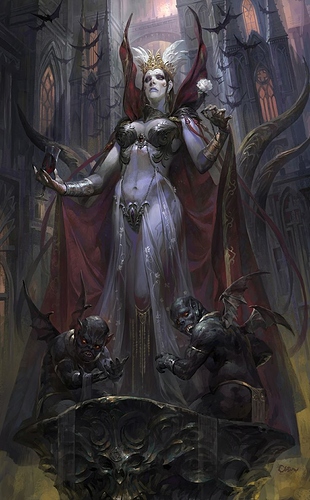 Wow! Good job man! Where did that Sabrewulf art come from? i have never seen that!

As the bells of her village are chimed its now her destiny to take what she has learned and vanquish the treat once more.

Kim’s all about those eating contests. LOL

Sorry, I had to pick that out.

I don’t know what to think story-wise, but I do have an idea that Gargos WILL deffo be the last boss, but not after you face his other minions.

Omen was his herald (Voice) so the minion bosses could be his Hand, Eyes and Ears. It’s a little similar to SF2 and having to fight Vega, Balrog and Sagat before fighting Bison, but with a LotR kind of feel. I think it could work.

Very nice work wanda. Liking where it heading too

As the bells of her village are chimed its now her destiny to take what she has learned and vanquish the treat once more.

Kim’s all about those eating contests. LOL

what do u mean lol

Because it says TREAT instead of THREAT.

TREAT to us (in UK) means candy or cakes. Just a type-o that made a completely different meaning. I’m just playing

Wow! Good job man! Where did that Sabrewulf art come from? i have never seen that!

I do allot of art sourcing online its amazing what you can find!

Im still adding to this

need to find my tusk art

Did you get my Tusk video? LOL Man Im so hyped for Tusk!!!

no i didnt where will i find that?

I was curious as to where you’d like to see the story go for that invasion, Ultratech, individual characters, etc by the time seasons three is over.

I love to see more evil corporations than just UT.

In your Xbox messages. Should be a clip of Tusk and an Ultimate!

OMG i missed that ill look when im home!

I want to see death.

Kan-Ra resurrects Sadira and uses her to kill Cinder

Sabrewulf is deployed into a hatchery of Riptors AND BUTCHERS THEM ALL. Dying in the process due to the wounds suffered.

Hisako uses Thunder’s essence to exorcize Eagle out of Fulgore. The siblings reunite happily for a brief moment, before dying and joining Hisako as protector spirits.

Glacius smashes zombie Sadira (again) while Aganos pushes Kan-Ra into the portal dying in space with him.

Kan-Ra resurrects Sadira and uses her to kill Cinder