Where do you want to see this KI game go after Eagle?

Feel free to be as specific or as general as you want, just keep in mind that whatever you want them to do, they’ll presumably have to charge money for it so that the good people making the content can make a living and what not.

So if you want them to finally go back and fix Wulf’s retro or whatever (which I believe they said won’t happen, but who knows, ultimates, Eyedol, Real Boy Shago and Eagle weren’t happening at one point either), you probably want them to do that within the construct of something they’re charging money for.

Anyways, what would you like to see MS / IG do with this game once Eagle, the Lion guardian, and the remaining Ultimates come out?

Oh and if you simply want a new KI game, that’s fine too, of course, but let’s not have another argument here over it. Maybe just list what you would want in that new game or stuff that you’d want that didn’t make it in to this game. Or, in sticking more with the thread topic, maybe just put what you’d want to see in this current game if you were operating under the assumption that a new game’s not happening. Either way.

but let’s not have another argument here over it

I would love for MS/IG to focus not on creating new content, but to find a way to further promote this game and whole KI brand.

I would want them to expand on idea of cosmetics, even if they had to be purchasable with microtransactions, that would attract a lot of casuals.

They can do whatever they want, I’m sure even if they move on to something else the community for this game will continue to support it and keep the game alive for decades like the smash community has for their game… or the game will get abandoned the second the devs move on. Idk.

I can get on board with that. I think that’d be a nice idea. 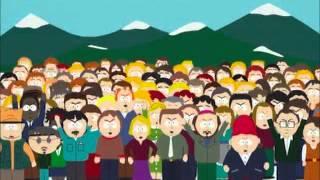 I would want them to expand on idea of cosmetics, even if they had to be purchasable with microtransactions, that would attract a lot of casuals.

Yeah, I’d like to see this too. More unique looking outfits, especially. I like the gold and terror skins, but cool new looks for characters, like ninja Jago, spy Orchid, etc would be awesome.

They can do whatever they want, I’m sure even if they move on to something else the community for this game will continue to support it

So there’s nothing specific you’d like to see? Nothing at all? Just curious.

I think we need a new game for the communities sake. If we dont get some sort of new hype by the end of the year… players will slowly drop off. The game is just getting too old to sustain a healthy player base.
Im not going anywhere…but Ive seen too many leave lately and the only way they are gonna get hyped again is with a new game IMO.
Hopefully the new game is in development now and the teasers until then is this string of releases each month from skins to ultimate’s to guardians and finally eagle.

A sequel to be announced. Hopefully for 2019 or so.

Maintaining Variety for variety sake, the question of “does this make sense” should be on the back burner. If you can’t make sense of them just give them lesser rolls. roster first.

One model with Fully customizable outfits with retro items instead of retros.

More seasons. As long as they make new content, I will pay for it

This… I will GLADLY continue to purchase the ultra edition of every season that gets made; or every character, stage, color or costume that they come out with for sale separately i.e. Kilgore, shin hisako, and eagle.

after Eagle I feel like KI is complete. Everything else after him will be cosmetics and minor updates.

Id like to see KI2 next. I dont know what else they can really do with the game thats 4 years old.

after so much talking about the future, i feel tired about it. all i want is the stages and the costumes for everyone.

Why Havoc? Other than their name is next to the Unreal name in the Injustice 2 game.

you know what I am talking about.

I would like to see a new game, but I would like it to be done at the start “updates I know are needed”. This seasonal game crap sucks. Not just for this game but for all games “Rainbow Six and Hitman”

I would rather not see another KI game for 4 years than a game that comes out in 2 that is seasonal.

i think KI is great in its current state, but if they were to “need” a new direction going forward after the Eagle launch, i would want to see more Shadow Lords stuff happen, and more cosmetics honestly. most characters really only have like, 3 or 4 unique items per choice, and the rest are just 4 color variations. i would like to see a bigger selection of unique items rather than mostly recolors. there’s a lot of potential in some of the more casual aspects of the game that i don’t think are being fully tapped into.

oh, also, a complete arcade mode ladder for all of the characters. kind of a shame that only s1 and s2 get arcade ladders. i know SL is supposed to be the “arcade” for s3 but it’s not really. it’s more like a DnD-style RPG with 2D fighting included, which is tight, but it still feels like something’s missing without the s3 characters being able to go through arcade ladders. include the post-season characters too.

aside from those things… just fixing stuff up and improving stuff. fixing bad code, doing lots of work on bugfixing, an improved way to deliver hotfixes and patches, ironing out all the messy stuff. honestly i think i would prefer that after Eagle come out, the devs were to get the chance to improve the code more. patching in fixes alongside Shadow Lords content updates.

Me tooooo man. Feel like we’ve been asking for this forever lol

I would actually like more remix characters. I am sure many people feel quite differently, but kilgore blew me away and if there ever is a ‘KI4’ I hope he gets to be in it. I never knew I needed it until it happened.
Similarly, I never knew I needed a ‘Sharkman TJ’ until the survey happened. Now I need it desperately. Windigo would be cool too, I actually wouldn’t mind if Windigo was a remixed Sabrewulf.

The game feels so damn near to perfect for me at this point that I guess I’m just in the mood for extraneous content as opposed to radically different characters.

Like I said, I’m sure this is an unpopular opinion but I’m excited to see how others feel about it. In the mean time I’ll use my color 10 Sabrewulf with reindeer antlers and just pretend it’s Windigo XD

OH, and I’d love a Mira stage. Regarding lore, I think she’s important enough to really deserve it.

More cosmetics. Honestly it’s weird, but new costumes and accessories would keep me coming back for more. I wish the game could have tons of more costumes.