What do we want MOST

Top to bottom is my personal preferences. New skins/colours/accessories should be an entirely separate thing that should be unlocked, for example by: Earning all achievements with a character gets you colour 12 or getting all fight titles, or buying it with KI Gold and half of it goes to Tournament funds, and the other half to IG, or MS.

With Omen, and Shadow Jago being a real boy, and with the potential of Gargos being in Season 3 I think we have enough Shadow/Evil characters.

I think that people should at least wait until they try to sell us stuff to be upset that they are asking us to buy it… The price and content here are being suggested by forum users not any of the developers.

I have a soft spot for KI and will certainly kick in for more stuff. But I don’t really understand the desire for stages. The game already has more stages than most games and they are committed to one per character. By the end of S3 there will be 24 unique stages plus shadow tiger’s lair at least. That’s a LOT of stages. I wouldn’t put new stages at the top of my list.

The thing with 30 dollars/euros for 3 fighters is that is rediculously overpriced compared to the 20 dollar combo packs for 8/9 players. I might buy it, but I can easily afford it, it would be a hard sell for more casual gamers or ppl who dont have a large entertainment budget.

You know what you are right! So how much is one character? £8 dollars? I think ours are 4 Pound ish.

The thing im trying to ascertain is that what would you pay for ki content.

I could make a poll here and say whay do you want… and youd all click everything! But what would you pay for it? Lol

We need a way of trying to find way of polling what we want tied to actual cost rather than just wanting it.

@cris178 i totally get how you feel but content is optional. As @BigBadAndy said this is JUST from us its not from IG or MS its just to gauge what we could or would pay.

Aa @SithLordEDP said there are people BEGGING to throw money at this game. Im one of them luckly im able to do that.

No one is being taken advantage of. This is KI its small in comparison to other big tittles bit the only way we will make it bigger is by buying into it more and im ready to do that but i cant br on my own it has to be feasibly priced for everyone.

SO HOW ABOUT THIS:

Top to bottom is my personal preferences. New skins/colours/accessories should be an entirely separate thing that should be unlocked, for example by: Earning all achievements with a character gets you colour 12 or getting all fight titles, or buying it with KI Gold and half of it goes to Tournament funds, and the other half to IG, or MS.

Intresring concept keeping it free to play but kinda needing Gold if you want these any time soon?

This could work. I have spent quite allot on gold just to get double XP for colours

In regards to VFX yes i want this is season 3 but no its not somthing we could buy into to extend ki.

Not counting community goals im not sure i want DLC to be honest. Accessories maybe would be fine at a push.

So your saying ki is perfect and after season 3 u want a break?

how sabrewulf is zoomed & rotated in story enders

(Buff the replay feature)
What do you guys think about a rewind and pause fast forward button for viewing replays(apposed to rendering the whole vid and using xbox dvr), also the ability to favorite them right after the match is over since the replays themselves are only listed by character and not names (gamertags), looking through all your replays, especially after a long lobby sessions or ft10 can be hard and annoying sometimes. If this isn’t possible at least a option to exit of of replays and back in to the replay menu instead of the main title screen.!

Character Idea!
This guy (dojo trainer from KI Gold, not even sure if they gave him a name or why they even put him in there if he just mimics the other characters( sn: spinal could do this too), who the heck is he?.. lets make em a character

I hope they make Gargos this diabolical, nasty, cheap, Scary, and just pure Evil character. This guy can be the complete opposite he could be the physical manifestation of the good Tiger Spirt that lives within Jago, kinda how omen is to shadow jago. Imo i think we got enough evil characters. 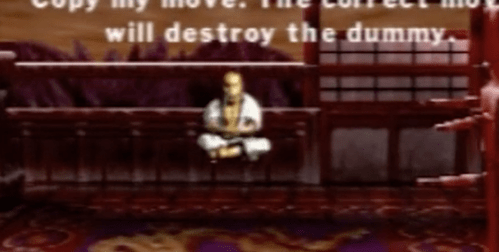 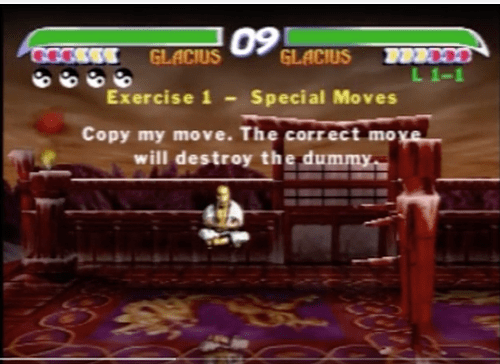 SKY STAGE!!!
Id even pay for some remakes of classic stages,
the ability to pick what ever stage music i want play in training mode. Ki Gold Cuts!!
http://downloads.khinsider.com/game-soundtracks/album/killer-instinct-gold-cuts

What I want the most…

Love these ideas. The replay system has been in need of polish for a long time but it is never the number one priority. So it limps along. Even just adding a button to remove the control icons so you can get better screen captures would be an amazing improvement.

As far as characters I’m all for it. But KI was always a sort of 90’s nihilism game where even the “good” guys were pretty bad…

MODES:
Tag-Team – This is a 1v1 mode. Tag in characters during match up (2v2 or 3v3). Similar to Marvel vs Capcom. I don’t think this can happen since KI wasn’t built for this.

Team Battle – This is a 1v1 mode. Each person can select teams of 2 or 3 DIFFERENT characters (pending 2v2 or 3v3). Each character gets one life bar. Cannot tag out of character and must play out each life bar. The order is selected prior to the match. After characters life bar is depleted, the character is swapped with the next one. Shadow meter carries over. ARIA would probably be ineligible.

Clan Battle – Similar to team except multiple players can play. 2v2, 3v3, 4v4, 5v5. Each player selects a character and they get two lifebars (Optional 1 lifebar). Ongoing, survival battle until final person is eliminated from a “clan”. Order of characters pre-determined. Shadow bars are reset after a person is eliminated. ARIA would probably be ineligible.

Tournament Mode – In lobbies/rooms of 4,8, 16, and maybe 32, Host can setup up a tournament bracket (Single or Double Elimination). Random seeding or host can select seeding. Matches can be ran individually or simultaneously. Optional Best of 3 or Best of 5. This would be a good addition to lobby mode in lieu of having King of Hill.

Manual Training for each character

Add voice narration to original DOJO as an option.

Combo Trials for each character. Dojo includes a trial for Jago combos.

ONLINE:
View all lobbies that are currently open and being able to select the lobby. Not a fan of joining random lobbies

CHARACTERS:
Buff omen’s design. Even though he is a “bonus” character; not many people know that. A lot of complaints in regards to his design by newcomers. Update model and include retro (I’m a Omen main)

New colors and accessories for Season 1 and Season 2 characters. Update level to 100?

Maybe have each character have a new move where they use their entire shadow meter.

STAGES:
Include training stage as a selectable stage. Option to select music from original KI or make it randomized.

Alternate color or themes for Season 1 and Season 2 stages

Remixes of Season 1 and Season 2 stage music by new composers. Optional to select these or make it random

What if arias health bars were reduced so that they all add up to one health bar.

Seeing u mention shago’s ultimate, I have a question, I can end a match with it, but i see ppl doing that move in the middle of the match as a special move aswell, how do i do that?

I was referring to Boss Shagos Ultimate which is only performed on his stage and the stage is visible during the entire Ultimate. Something I was hoping could be worked out for all Ultimates on all stages but that’s probably wishful thinking.

Anywho you are referring to playable Shagos ‘Dark Annihilation’ command grab that can only be activated while in instinct mode. The more instinct meter you have when executing the move the more damage it does, thus it’s ideal to perform it directly after activating instinct mode or essentially canceling the activation straight into the move. The command for the move is the same as the Ultimate. (QCF+LP+LK)

Thank you very much for the info!
Thats why each character should have an individuel trainingmode

In fairness to the developers who may consider redoing season one Retro costumes, would any of you be satisfied with not having season one character retro costumes to select for most of the season if that meant we would get them by season end?

Yes whatever it takes to get fixed S1 retros I’m in. If it HAS to be community funded fine, though that would be pretty disingenuous IMO considering we already paid for the S1 retros that left much to be desired.

Yes that’s what I’m saying but all of those people who jump to text immediately any other time are silent now.