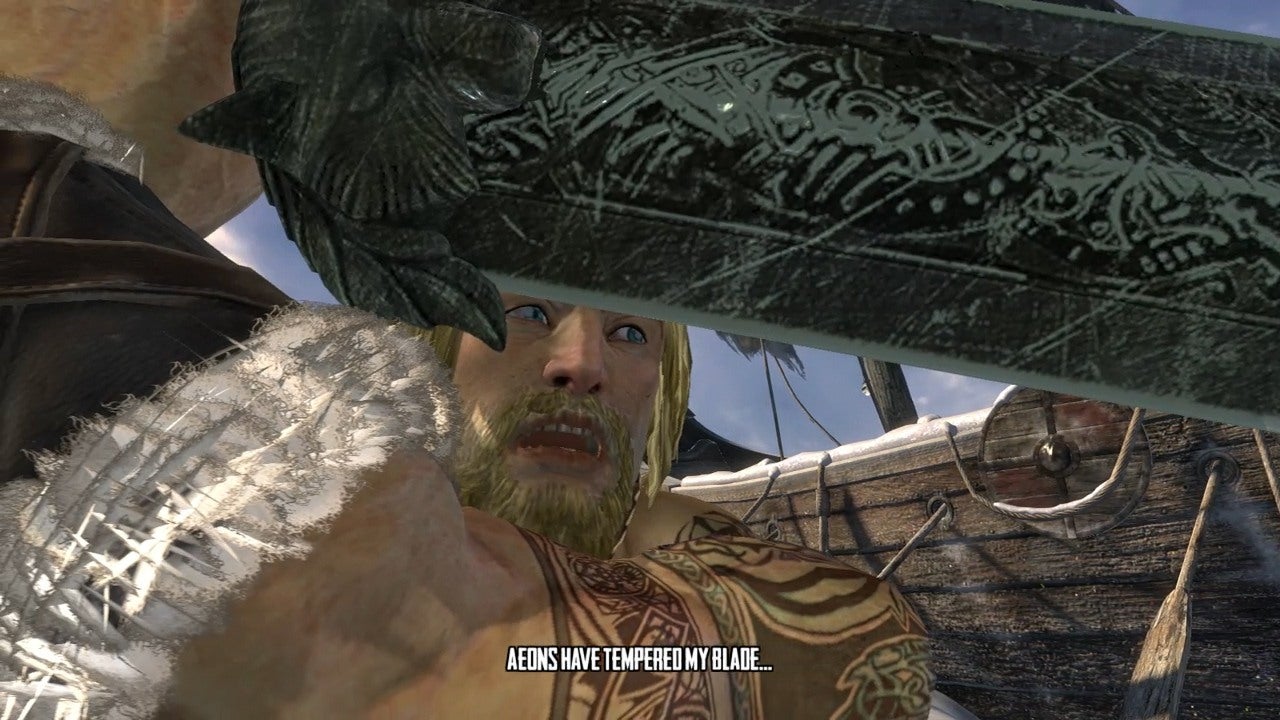 Tusk and Arbiter throw down on Tusk's viking warship stage.

No dah, no buy

Isgreen confirmed he does say DAH! I’m assuming all the lines aren’t complete or implement. He recently said all of Kim’s lines weren’t done when they showed her off, so it might be a similar case?

He’s not done. Remember they said is Ultra isn’t finished so they’re still making him.

Ooooh, well that’s awesome then! I wonder how it will sound like. I do like Tusk’s voice, though I would’ve wished for it to sound a bit more rough.

A little off topic here but: the sound FX on his sword are so good!

The sounds are great. My only gripe is that the animation seems a bit too slow to warrant that effect.

I expected a lot more DAH, and although I haven’t heard any in the videos released I’m sure it’s there somewhere. Hopefully it’s a little more prevalent come launch though.

Add a bit of extra D to the battle cries and they’d be great.
@TempusChaoti can help us out, right? There is a true DAH to come, right?

I’m hype for his Shadow Sword Spin Swipe move. SO GODLIKE AND POWERFUL

“everybody can DAH… except Tusk”

right? he gets all purple and ripped. All those sword spins are godlike.

He said “die” not “DAH”. XD
You know, because he is immortal…

er… should I have said “pun intended”?

Intended or not, it felt really funny to me.

There’s a DAH-ish cry on his charge. Could be NYI (not yet in) on the build that was shown.

love when he performs the meteor rain and says “dieeee!!!”

I thought he said it during his taunt.

Yes, hopefully there is still some touch ups and add ons… I wish people would just relax and wait for release. I trust when Adam says there will be DAH there will be DAH and Im really hoping for a bit of Diiiieeeeegghhhh!!! (The back stab and when he did his Ultimate)

Thanks Adam, great job on Tusk so far!

I’m just hoping you guys can add just a smidgen of a D to his taunt. If his taunt sounds like DAH, then he’d be a perfect character and I think a lot of people would be satisfied.