There is a Problem with the Pause menu glitching/issues 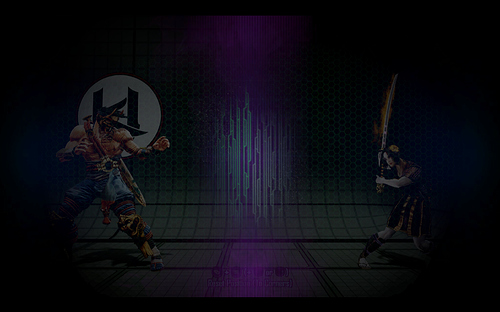 Killer Instinct 9_9_2020 10_59_54 PM1680×1050 335 KB
So I haven’t played in 2 years and decided to play it on my pc since i don’t have my xbox1 right now (Gave it to my brother at his new house). I go straight into dojo mode to practice my moves and when i try to pause, the screen does not show the menu as you can see in the screenshot. Whenever I pause, no menu like it’s some sort of bug/glitch. It does this on all modes and i had no problems when i played it on my xbox1.

First thing I did was uninstalled then re-installed the game to see if it would fix but it didn’t. I even tried restarting my computer and updating it last night but still no changes. And so I started searching for info on the cause for a solution but the only thing I could find was these old posts here Pause Menu Glitch? and No Pause Menu - Windows 10 and Pause menus missing options (visually) but unfortunately with not much help.

So i want to know 3 things,
1: How do I fix this problem?
2: Who and where can I report/sent this to the game creators or developers?
And 3: How has this bug/glitch still be here and not once has anybody fix this yet or patched?

Hope someone can help me with this please.

I play regularly on both my PC and Xbox One X, and I’ve actually never seen this. I’ll try to help you if I can!

The first thing I want to ask is: what are you full system specs?

For example, I’m playing on:

Well i don’t know what my computer has since it belongs to my father so I’m not sure what type of drives cores or type of ram he put, sorry if I can’t help with that.

I use a Razer Naga Hex v2 mouse and logitech keyboard

You can actually check the specs from Windows itself:

That just leaves the video card.

Note: Do not change any settings in Device Manager, just look for the info, and then close out.

So I checked my pc and here’s what i found

So I checked my pc and here’s what i found

Hopes this helps but what exactly am I looking for here? Is it some problem that i need to configure or what?

One of the first things I do when trying to help people is ask for their system specs to make sure they’re not trying to play a game on hardware that’s not supported. Sadly, that happens a lot!

In you’re case though, you’re more than good. I’d recommend you confirm you have the latest drivers for your video card, that won’t hurt, but I suspect it’s not the issue.

I’d next advise you to check and do a file repair/reset of the game, but you mentioned you did a clean install which would cover that.

I’d also recommend you adjust some video options to see if that’d help, but if you can’t see the menus, then you can’t do that either!

So outside of confirming your video card drivers are up to date, and perhaps confirming you’re running the latest version of DirectX (which Windows 10 should auto-update), I’m not sure what else to tell you.

@KRAKENJIMMY , would you possibly be able to assist? This is a tricky one!

Well until KrakenJimmy arrives, I had just did a little test again to see how it causes it.

In Dojo-The self training with characters selection: only bugs on two characters when pausing, Omen and Thunder but Jago is a somewhat strange cause it works sometimes and sometimes no good. The other characters doesn’t seem to get bugged when pausing.

Dojo-Basic training with Jago: No bugs when pausing which is good to know.

In Survival Tower Modes: I’ve checked and omg it does it for almost half the characters. Especially in Survival Shadow mode.

In online matches: I can pause and see the menu so the problem is only in the single player area pretty much.

So there are points where you can get to the menus? Can you access them from the main menu?

If so, have you let the game autoconfig settings for you, and have you run the benchmark/performance test?

Well i got some weird good news. I did do a Performance Test which i got 1005/1000. I later decided to try and uninstall it and this time installed it from the Xbox app instead of the Xbox Console Companion Microsoft site
and it seems to finally worked.

For some strange reason everything seems to be fully working now. No pause bugs, able to see the pause menu and ALL characters working in dojo/survival mode when pausing. I don’t know how it got fixed back to normal so i closed the game and put it back on again and everything is all good somehow for now.

Glad you got it working. I’ve never installed a game from the Xbox Companion App, only from the Microsoft Store and the Xbox App.