The "I was wrong about Eyedol" thread

I was convinced Eyedol could not be updated in a way that’d look anything but really stupid for a game in 2016. I applauded Iron Galaxy’s repeated insistences that he was unlikely to ever show up. But now we’ve seen him, and IG has made a believer out of me. Cool design, cool mechanics, just a big lightning-fire clubbing god-brute that I can’t wait to see more of.

I was sure IG would hold Eyedol over for a season 4 since having two big boss characters in one season seemed like overkill but I’m happy with it. I’m not a huge Eyedol fan but the way IG handled him is awesome. I love it.

Despite the naysayers, and what IG themselves have said, I knew that they’d be able to do it from the onset - their other prior character designs were simply too good to warrant believing such a farse.

Nope, haven’t changed my mind about him. I actually think he looks worse in this game than in KI1. His gameplay looks a bit interesting, but it doesn’t really appeal to me.

It wasn’t a lack of faith in IG, but more just the fact that I couldn’t really wrap my head around Eyedol becoming a really cool character.

While I’m not horribly sold on the giant gut, I do think it serves his overall look, and the split head idea is ingenious. I absolutely LOVE his gameplay mechanics and I’m incredibly psyched that KI has it’s first stance character, as these tend to be among my favorites.

Can’t wait to use him!

Not a fan, really. I understand why they did it, but I’m really disappointed by it.

Nope, haven’t changed my mind about him. I actually think he looks worse in this game than in KI1. His gameplay looks a bit interesting, but it doesn’t really appeal to me.

You tend to not like much things do you?

To tell you the truth, I didn’t much care lol I just want a fun character with interesting moves to explore. Personally, I just wished we had more original characters. I like RAAM, although I’m bias on that. Never cared for Arbiter and Rash is okay, not a big fan of his final playstyle.

Eyedol being back makes sense, considering he was the final character who had yet to return. Nonetheless, I’m sort of hoping for one more original character…

You tend to not like much things do you?

Alot of things in Season 3, true, but I love KI overall. Season 3 was just a disappointment on many aspects.

No I knew they could do it. I have been using that as one of my main points as to why he should be brought back anyway, because IG has proven over and over they can take these dated, silly, sometimes bland characters and make them awesome.

I always wanted Eyedol in. I’ve been patient, because I knew IG/MS would nail it.

Indeed, they nailed it

Indeed, they nailed it 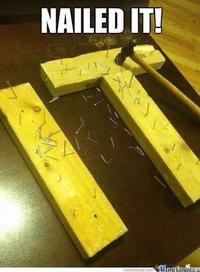 I was very very nervous. The aesthetics and cosmetics have been a big issue with me and with other people I try to get into the game. The cast doesn’t seem to pull in people like MKX’s can (excluding now with the guests maybe). But I am pleasantly surprised with Eyedol. I don’t think I’ll play him much but he is sweet.

I feel this moveset would’ve been badass for a female witch character!( Or reluctantly shadow orchid)

The game mechanics are awesome as always

I called their bluff somewhere on here. I knew there was no damn way they could not add a damn 2 headed clyclops to this game because “we hate him” or “he’s too much to change”. It made me really angry to see so many people against him. IMO this is the one thing IG has done right because I haven’t been a very big fan of S2 or S3 so I’m very happy to see him make the game finally.

I like Eyedol’s concepts…I just think his bloated body type makes him pretty goofy looking. Just wish they didn’t go that route with him. Strange decision.

Agreed, and I think it’s mainly due to his oafy/lazy looking body. Does not look like an entity that has any self-worth.

I think if they were to remove only his belly, not necessarily a six pack, just get rid of the huge belly, it would go a long way for him. Lol

He doesn’t look like S word. Which is all I asked for. Although am still not a fan of the character nor will I ever main him he isn’t an eye sore which makes me happy. A lot better than some of the other characters introduced this seasons. Wonder if that Mod guy had any input since we haven’t seen him around.

“How do you feel about second chances?”

IG and MS didn’t give up on him, they took him from the most hated character and made him great again.