They said it would have “different mechanics” to Transformed/all stars but I see the same drifts and air combos seems to play the same really.

just kinda seems like a more tame/slower version of all stars racing transformed. The only thing that stands out is I like the idea of the wisps being the items.

I’ve been practically begging MS and Sumo Digital for a new All Stars Racing kind of game (albeit as an Xbox exclusive and based around MS characters), but this is still AWESOME news! I loved Transformed. It’s definitely one of my all time favorite kart racers, so to see a sequel coming out has me really excited.

Only things I’m worried about are the fact that it’s Sonic only characters, as I wish they’d keep it focused on Sega and not just Sonic, plus the roster seems kinda small-ish. Maybe there will be DLC characters? I mean, 16 isn’t bad, by any means, but I want to say Transformed had like 20 or 25 maybe? I could be mistaken. Plus, as someone that likes Sonic, but isn’t a HUGE fan, I know some of these are going to be total throwaway characters for me like Dinky the Spider or Buffo the Rabbit or whatever; characters I’ve almost assuredly never heard of.

Oh well, no big deal. I’m curious what the team aspect will involve or if it’ll require additional players either online or on the couch to fully enjoy, but I’d assume not. I haven’t watched the video yet because I’m at work, but I’ll check it out when I get home. Thanks for posting it, OP!!

It’ll probably be good knowing the developer but I still don’t see why they scaled this new game down to just Sonic characters after All-Stars Racing.

The Sonic Uber Nerd within me wants to get this game so bad lol. But I don’t know if I should…

Been hurt too many times already buying Sonic Games

Omega’s in the game. Schweet. 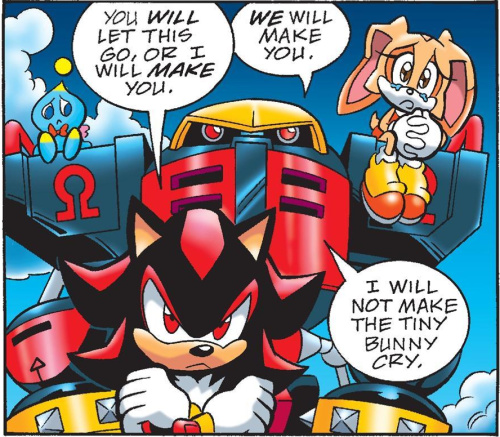 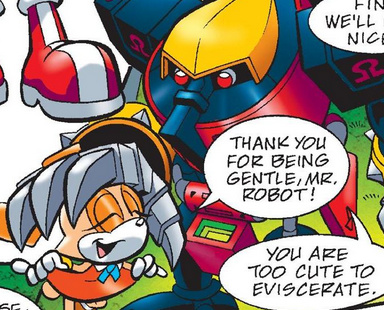 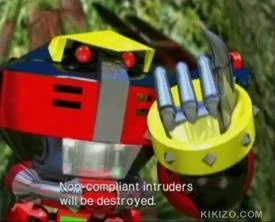 It’s not a mainstream Sonic game, though. And Sumo Digital has a good track record.

Anyways, the game looks cool. Hopefully the slower speed is just due to a low difficulty setting.

The Sonic Uber Nerd within me wants to get this game so bad lol. But I don’t know if I should…

Been hurt too many times already buying Sonic Games

Have you played Sonic and Sega All Stars Racing: Transformed? If you haven’t, I’d really encourage you to give it a shot. It’s one of my favorite 360 games and it’s backward compatible. Lots of Sonic characters plus a bunch of great Sega mascots from the past as well. The tracks are also exceedingly well designed and the difficulty as perfect IMO.

I actually have, and enjoyed it very much. I’m excited about this. I’m just wondering if I wan to get it or not, lol.

It looks cool, and like Dolphin said, Sumo Digital have been pretty good at their games.

Given the simpler track designs, a higher framerate target than All-Stars seems likely.

I would certainly hope so! Then again, Sonic All Stars Racing Transformed only ran at 30 fps on Xbox 360 when Mario Kart: Double Dash on the Gamecube had no problems maintaining 60 fps.

Well the PC version of Transformed ran at 60 FPS, and since these consoles are more powerful than last-gen systems there’s a good chance they can get 60 FPS this time around (and hopefully it won’t require a PS4 Pro or XB1 X to get it).

Worst case scenario, just get it on PC I guess…

FPS targets are mostly just a matter of developer priorities and not the power of a system. Once you’re pushing the capabilities of a console there is always a trade-off between scale, visual fidelity, and frame rate. All-Stars was probably 30fps because Sumo wanted a more complex, spectacular game rather than a smoother one.

I honestly forgot companies still do that, I guess playing so many games at 60 FPS has spoiled me (though I can still tolerate 30 FPS, technically speaking). Still though, considering Nintendo’s first party games try for a target of 60, you’d think Sega would respond in kind for their racing games as well, not to mention a lot of the more spectacular details in Racing Transformed were exclusive to the PC version anyways (like the fortress in the Skies of Arcadia track firing it’s main laser cannon, you don’t see that in the console versions).

All right so this is a Team Racing Game…

But looking at it…

What team or co-op features are being implemented to compensate for not being able to Transform into a boat or air craft anymore ?

There are a few mechanics that allow teammates to make each other go faster. Not sure what else.

I’m ok with 30 fps in most games. I just think that racing games benefit the most from this frame rate. The sense of speed is lost when games run at less than 60 fps.