Many fighting games include stereotypes, tropes, and clichés from just about everywhere, and KI is no exception (having dinosaurs, robots, an indian, etc.). So, my question, and the topic for this thread, is simple:

Q: What kind of stereotypes, tropes, and/or clichés do you think are missing from KI that you would like to see included and why?

Please understand, however, that this thread isn’t meant for character ideas - I don’t want, nor care for, specific individual characters (for example, his name would be… His moves include… etc.). Be generic in your replies, otherwise, the whole point of discussion is lost!

I haven’t played this game in years!

Gimme a moment to think of a thing.

There’s already 2 other threads on this topic? Where? I haven’t seen them. As far as I know, this is a 1 of a kind thread. I’ve seen no other discussion on stereotypes, tropes, and clichés at all, which is why I brought it up. If this thread gets merged with 2 other threads that don’t have anything to do with this topic (such as character ideas), then I will be very, very upset.

…and for the record, every single reply so far has been off-topic - that’s disappointing enough.

Q: What kind of stereotypes, tropes, and/or clichés do you think are missing from KI that you would like to see included and why?

-Vampire character. Lore-wise, its a must!
-Evolving character. Think of Phoenix, Phoenix Wrigth or Frank West from MvC3, Necalli from SFV
-An old sensei character (Gouken/Gen from sf, uncle sensei from divekick)
-More human hibrids (sharkman, minotaur, medusa…)
-A giant two headed cyclops with goat legs and a huge mace!! (Sorry, I had to do it. Miss him

-Vampire character. Lore-wise, its a must!
-Evolving character. Think of Phoenix, Phoenix Wrigth or Frank West from MvC3, Necalli from SFV
-An old sensei character (Gouken/Gen from sf, uncle sensei from divekick)
-More human hibrids (sharkman, minotaur, medusa…)
-A giant two headed cyclops with goat legs and a huge mace!! (Sorry, I had to do it. Miss him )

Finally! Someone with a decent response! Thanks, Dayv0!

I was expecting someone to eventually mention the vampire - it’s been such a popular choice for so many people, that even the devs have actually considered it as a potential character (and for all we know, still might be doing so with S3). I’m not quite sure how it would fit lore-wise, so I’d like you to explain that aspect in a bit more detail for me. Although, I can see how it would fit monster-wise, since we already have a werewolf, a mummy, a ghost, a skeleton, etc.

An evolving character? Isn’t that basically ARIA? She always talks about it and has 3 different bodies to do exactly that on the fly! I’m sorry to say that I’m not very familiar with Phoenix Wright as a character, I only know the Frank West from Dead Rising - not from MvC3, and I’ve barely looked at Necalli from SFV because I find him wholly uninteresting. I know what a phoenix is though - it’s a mythical flaming bird that is reborn upon death. That would be an interesting spin of sorts in itself, but I don’t know how they would implement that, and the whole “reborn” aspect has already been given to TJ Combo as part of his instinct.

I like the sensei idea - it’s another trope I was expecting to hear, like the vampire. The only question I would have is who would the mentore, well, mentor? Kim Wu, perhaps?

Hybrid characters would certainly make the game more fun, but I worry it would kind of muddle the water when it comes to character concepts so to speak if we get to many of them. I do enjoy the idea of a shark-man, though, just because of all the cool ideas that come off of it (plus it’d be nice to have a pseudo-sea monster character, IMO). Minotaur and Medusa work well too, but are a bit more on the classic side, which last I checked is something that IG is trying to avoid, and when you really think about it, there’s not much the devs can do with those concepts design-wise (although I do like the Slither character in the suggestions forum).

Eyedol? Really!? That’s breaking the rules of discussion! But you know what? I miss him too.

About the mvc3 chars:
They fall into the “evolving” character because they change their gameplay during the combat. ARIA its… quite the opposite. She stars with all her weapons, and she can lose them

In mvc3:
Phoenix: if Phoenix dies with full meter, she is reborn as dark Phoenix, a more powerfull version of herself. Just like Tj. The difference is that she doesn’t transforms temporary, but she gets potential damage constantly. She is the least interesting, IMO
Frank west: when performing a combo, Frank can take a photo. If the combo was long enough, he gains new tools: a roll, new supers, and his attacks deal more damage, chip, hits, and have better frame data. The change its permanent until he dies.
P. Wright: Wright has an special move to “search evidences”. This may result in gettin power ups, projectiles or “evidences”. Once you get 3 evidences, you have to perform an special move in the rival (OBJECTION!!) and then Wright gets an enormeus power up. His normal gains insane reach and damage, can combo between themselves. Also he gain acces to a full screen damaging super

Necalli: once necalli lands enough v-meter, he can transform ala super sayain. He gets a more damaging ultra and better frame data in all his moveset, changing also his apparence and walkspeed. This last unil the end of the round

My point is a character that can stay in phases were its very powerfull, but with flaws. Most like many instincts do in this game, but more alike a tool for all purposes than a comeback factor

An aristocratic vampire that transforms into a nosferatu alike creature, or a dr Jeckill-Mr Hyde char could fit in this role

Meh, some of that is close to the line of acceptable, but it could be far worse.

A mystical Indian, not a native murican. The kind from India.

Well… I wouldn’t necessarily classify it as a stereotypes, tropes, and cliché but I have had a suggestion that I think is missing for this game. 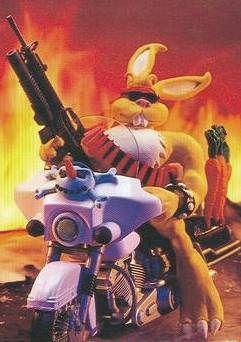 Why? Look at it this way, a rabbit may sound silly but morphed into the world of KI may make him a very unique character and he would fit terrifically. He isn’t as goofy as Rash and his design can be implemented into the game as well as Riptor or even Wulf. Worth mentioning is that the gameplay in Clayfighter is identical to that of KI as in open>linker>ender. Also, Clayfighter will be having its remaster soon which can help bring both communities closer together and rejoice in the combos!

Heck even Bad Mr. Frosty would be a worthy candidate for the same reasons! Although I would put T-Hoppy first on the list. 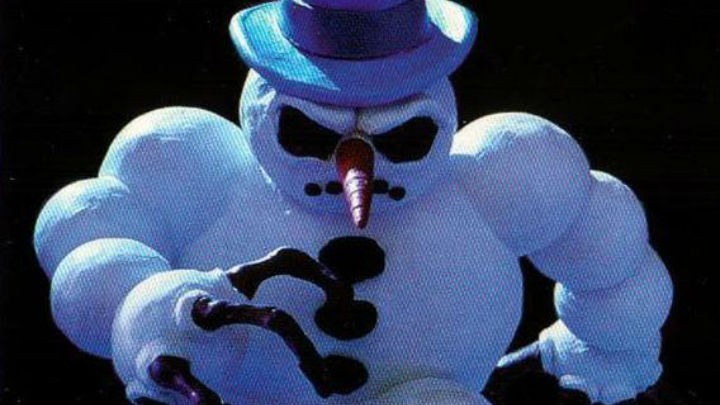 Vampire can be more human, like Underwolrd or more monster like Nosferatu or maybe full monster
Frankenstein can be a woman, freak monster like Voldo for example
A fish aquatic monster, like the lagoon monster, or Abe from hellboy

Uuu I forgot Frankestein and I even posted it in my wishlist in another post!!

He could have a mechanic that involves electricity. He uses it to get faster and stronger, gaining reach, similar to Hakan in Sf4

There are a bunch of them I’d like to see, many of which have already been mentioned in some great posts in this thread.

-Half Human / Half Demon type: Not exactly a literal translation of this type, but characters like Spawn or Constantine that move between two worlds but belong to neither.

-The Suit type: I’d say Agent Smith from The Matrix or Wesker from Resident Evil. Madness hidden by a reserved look, or power contained, etc. I’d still like to see an Ultratech executive along these lines.

-The Wraith type: Raziel from Soul Reaver is the obvious example. A sort of shadowy character that survives off of devouring souls. A sort of parasite type of character.

-The Vampire type: If Raziel’s in here, than why not Kain? The other type of parasite. If the other is more of a desperate bottom feeder, than this could be the polar opposite rival. The refined, yet insidious, monstrous blood drinker. This could also be a transforming character type as well.

-The MMA type: Some might say TJ Combo fills this void, but I’m thinking more along the lines of a character like Goh from Virtua Fighter 5 that combines strikes with grapples, uses joint locks, take downs etc to augment swift one-two punch combos, knees strikes and kicks. I could seem the being a great rival for TJ.

-The zombie type: Walking Dead, 28 Days Later, Dawn of the Dead, Resident Evil… Too many influences to mention. But this could be an intriguing type. Whether a big monster type like the Nemesis in RE or just a fast moving, ravenous, violent screamer, I could see IG doing a bunch with a zombie that could make them fun and unique from “infecting” opponents to spewing bile on them, exploding on them, etc.

-The ninja type: If Jago’s a warrior monk, then I could see KI still needing a true, shadowy ninja type, whether a konoichi like Ayane or Kasumi from DOA or a ninja like Ryu Hyabusa or Tenchu or any other number of examples. I’d like to see some teleports, grappling hooks, kunai, throwing stars, spinner knives, exploding powder, misdirection, etc.

-The tag team type: Not necessarily Ferra/Torr, but two similarly sized characters that fight together as one, either swinging each other, using the other for leverage, flipping off of each other, etc. I think KI could do something fun with this type provided they had the right characters for it.

I think pretty much any elderly character or a VAMPIRE (I know this has been said before, but we all want to see it).

This is a good one. But remembering that KI builds on and adapts the original, what about a female patchwork monster, sort of like the girl from Nightmare before Christmas?

Be careful! With a bit of string and 2 sewing needles, she’s got a garrote and is ready to take your head!

Sounds good, but she should look quite diferent from Hisako. Maybe a BIG female character? They are usually rare, females in fighting games usually are small/agile, not big and heavy

I’d say that’s a recipe for an awesome Frankenstein-esque character!