The best weapon is the huge great-sword …its a long sword that transforms into a great sword within its sheath! the sheath is just brutal.
LUDWIGS HOLY BLADE!!!

Id start with the Saw Cleaver and the hunter PISTOL…Id ont care for the Blunderbuss.

Dont start with the threaded cane…thats more of a Dex weapons and makes the start much harder.

The best weapon is the huge great-sword 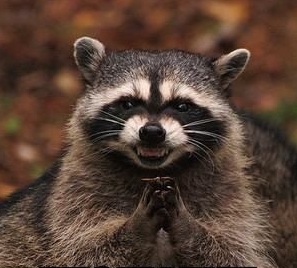 I’m a dodge / dex player in the Souls’ games, so my BB advice is somewhat different than that above.

Since invaders can heal, I suggest just running off a cliff / suiciding when invaded, simply because you can have 20 minute fights that use up all your blood vials, which leads to more very painful farming of them. Normally I like invasions, but because they can heal, it’s just not worth it for the loss of vials you could experience. I’d generally fight for a health bar, then just sit down or run off a cliff if I hadn’t won by then.

The DLC is brutally hard compared to the regular game, which is no slouch either. Bagmen and Ladle Ladies suck.

With its focus on speed and replacing shields with guns, plus the focus on Horror and monsters, it almost sounds like Bloodborne is Dark Souls mixed with Doom. I’ll be right at home!

So the gun works like a ranged parry then? Good thing I just started getting good at parrying

Its a ranged parry yes… the only way to back stab is a charged R2 that staggers them and then you do the back stab. The front back stab comes from the Gun to the face interrupt stagger and then riposte

I disagree about the gun stat that @TempusChaoti mentioned… the gun parrys come in very handy and the lower your stat the less likely you get a parry on larger enemies…the larger enemies are the ones you need to parry not only to destroy them to progress but to also farm large chunks of "souls"
There are runes you can equip that give you 30% more souls buy way of parry kills. this can net you up to 15,000 souls in one kill. Very helpful for leveling up, buying fire paper, or bullets and blood vials.
To me the weakest stat is Dexterity… I ran 40 strength, 40 health, 40 bloodtinge and 30 arcane and 15 dex or 20…i cant remember.

Unfortunately I do not have any advice about Bloodbourne to offer, as I do not own a Playstation system and have never touched the game. The victorian-esque setting didn’t quite catch my interest either, but I’ve heard nothing but good things about the game anyway.

To me it’s dark souls meets London and berserk mixed in with some Cthulhu flair.

Im Streaming THE SURGE if anyone is interested in watching me get wrecked. Im about halfway through the game…maybe more. Its getting really tough and lots of action…heading closer to the Black Cerberus boss fight. No camera on me though…only my mic.

Attention to anyone who hasn’t already played (i.e. Me)
The Dark Souls 3 Season Pass is available for a wonderful discounted price of a whole $10 USD!

How it feels to use Ledo’s Greathammer in DS3:

I have to mention Darkest Dungeon, its basically roguelike Dark Souls, I love this game

I know that this post a bit old, but wanted to second this. Stopped playing the pc version now because there is talk of a Nintendo Switch version, and this would be a great game for on the go

SO I’m “back on it”… The Surge! I was stuck for a while on the 4th boss Black Cerberus…so I took a month off the game and came back fresh… knocked em dead in 3 tries. I’m moving forward into the final area , “The Nucleus”!
Ill be streaming here shortly if anyone wants to drop by and check it out… its such a bad assz game and I highly recommend it!

" You can not miss…what you never seen before" Deep inside…LOL"
(If you have played the Surge…yo know what that is!)

I finally beat the Undead Chariot in Dark Souls 2! OMG I had been stuck on that douche for months! I hadnt played in in over a month or so… decided to give it a go tonight and beat him 1st try! YES! I finally can move forward on DS2…finally!

I also finally made it to the end of the Surge… taking a break from the final boss for a bit.

@TempusChaoti @FallofSeraphs76 @xSkeletalx
As of today, I have a PS4 and 2 new SoulsBorne games in my collection! 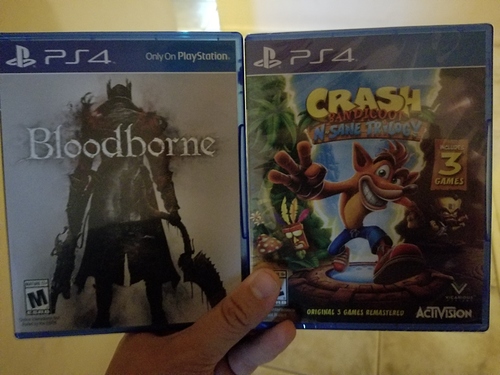 YAY! Finally you can play the greatest of the series!!!

I just bought HELLBLADE Senuas Sacrifice on PS4… i tjust came out today and it looks to be a bad asss DS type game. Its a female viking and ragnarok. Downloading super slow for some reason though …ughhh

Ok so its been a while but this week is Dark Souls 1 community “Return to Lordran week”!
SO a ton of ppl will be playing Dark Souls 1 this week so come join in on the fun!

I also bought “The Technomancer” last week and it was a bit disappointing starting out. I expected more but it was just weird and boring at the begining…not sure if I will return to Technomancer anytime soon.

I’ll probably hop back into Dark Souls for the event. Should be fun!

Unfortunately I don’t think I’ve ever seen a positive review of the Technonancer, despite the cool concept.

Yeah it looks great in trailers and still shots…but man the game play was just weird…I didnt get past training so I owe it a bit more of a chance…but I just wasnt feeling it.

The DS event started tonight so hurry before its too late!