COOL! IM glad someone I know is interested. It really is going to be great…new… untapped territory, therefor its going to be awesome!
I should be finishing NIOH just in time to move over to the Surge. Also the Dark Souls final DLC will be out soon, so lots of Souls games to play! YES!

Getting kind of bored with Horizon Zero Dawn… its not as action packed as I had hoped it would be…lots of talking and scavenging that side tracks you.

But been killing it on Shadows of Mordor…Holy sheet that game is amazing! Blown away I am!

@TheNinjaOstrich CHeck it out dude!

Man DS3 on NG+ is kicking my asss on the way through Ashes of Ariandel to get to the new Ringed City…ahhhhhh!!! Fukkk a Millwood Knight!!!

Anyone made it to the Ringed CIty yet?

The Surge has announced that the PS4 version will have a 4K at 30 frames or 1080p at 60 frames toggle option for the PS4 Pro. Im really starting to enjoy my PS4 Pro more than my Xbox One S.

I never thought Id say that… ( Dark Souls 3 also has a patch update that allows the game to unlock the 30 frame barrier and perform anywhere from 35-60 frames throughout the game. It looks so good!

@FallofSeraphs76 What do you think about this? 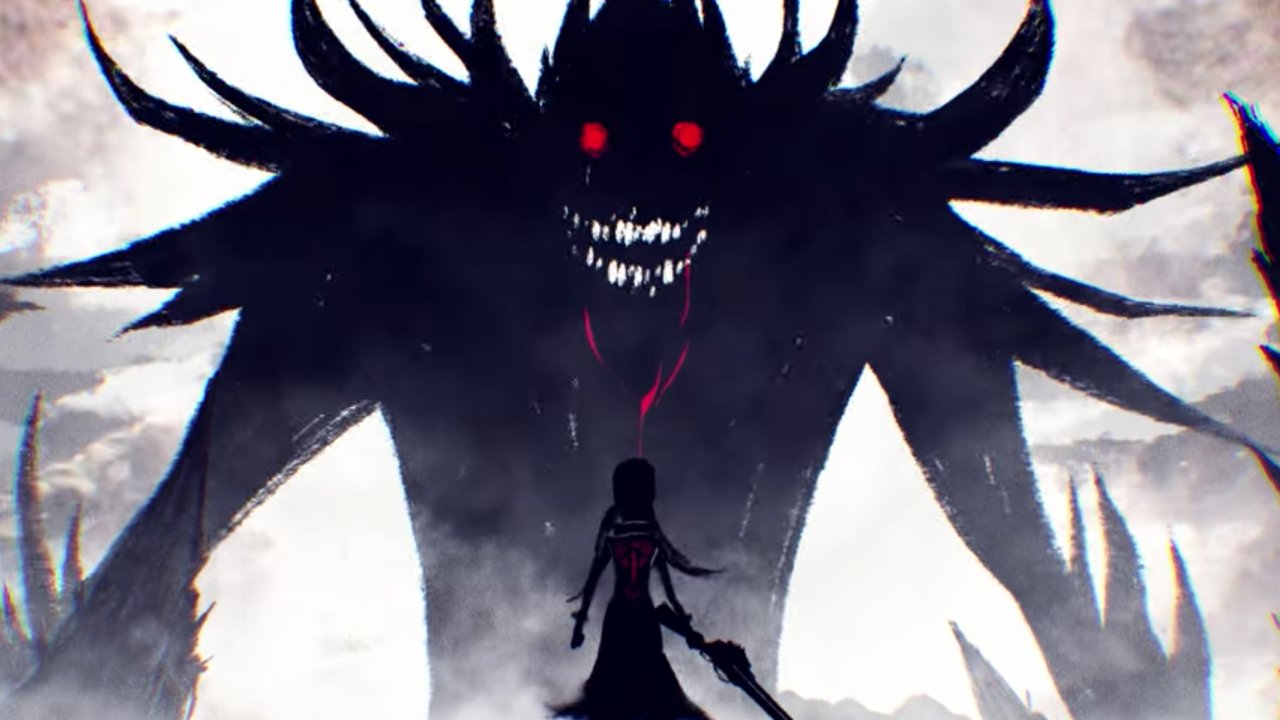 Bandai Namco is getting ready to announce a new game with a tagline similar to Dark Souls.

Looks cool! Like an animated Bloodborne/ Dark Souls. But honestly a bit of a disappointment that it isnt Bloodborne 2. Thats all anyone wants…that and Demon Souls remake or backwards compat.

The Surge comes out in 2 weeks! Same day as Injusitce 2! Who is getting it???

I just finished the Ringed City and I really enjoyed it… its very challenging. 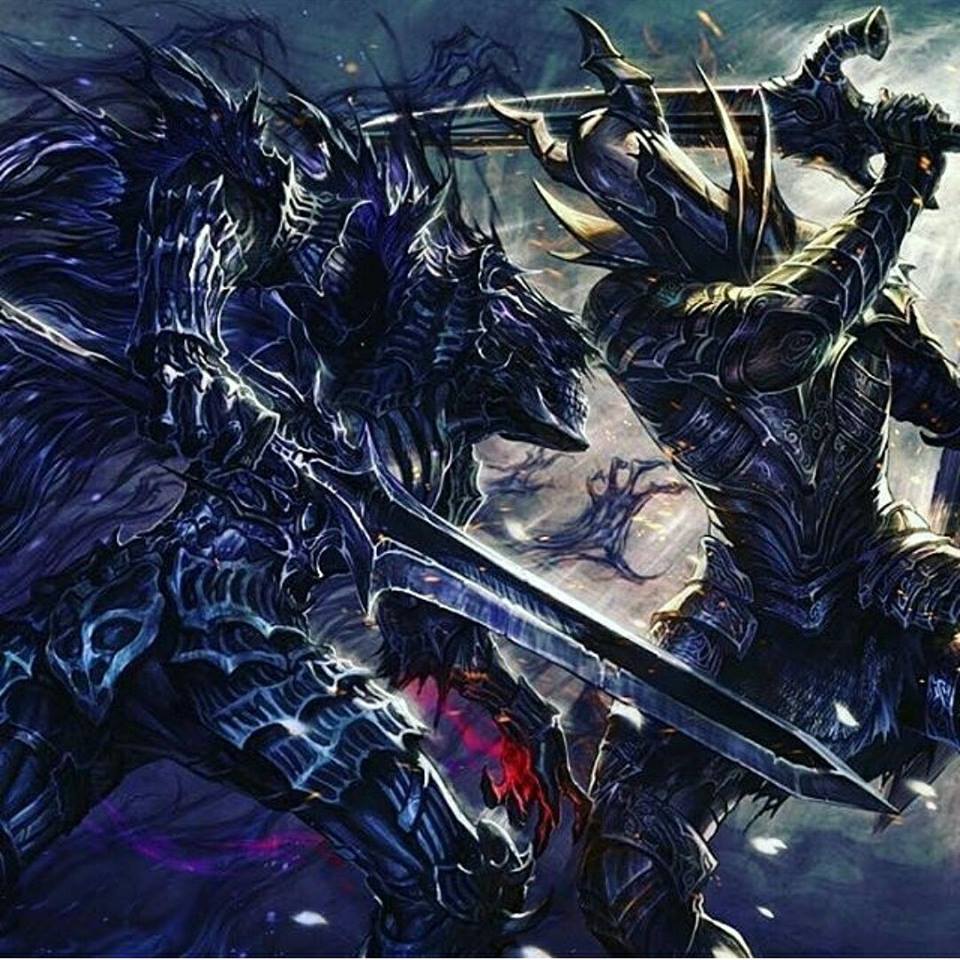 Guys the Surge is awesome! The level design and mass amounts of shortcuts are insane! Its so challenging and rewarding. Ive been playing non stop on the 2nd level and its really hard. When I find a short cut m just so relieved…its carzy!

Well Im still chugging along on The Surge and man is it tough!
I fell into a rut in the 3rd area…Resolve Biolabs a week ago. I took a week long break and came back last night only to find a recent patch made one of the Energy injection limited to only 5 uses instead of a infinite cool down system. I was very disappointed but I adapted and finally made it past the entire area and conquered it with 100% item discovery.
The game looks amazing in 60 frames per second mode and feels great.

After Im done I will go back and finish NIOH and Salt and Sanctuary. I about 75% through both of them… I just needed a break to keep them fresh.

Anyone have predictions on FROM SOFTWARE’s move next weekend at E3???

Good stuff, man. I always love reading through your adventures in this thread.
Sorry, as I haven’t been able to contribute as I am not really playing any adventure games or KI these days due to lack of time.

Well I’ve got the 4 Lord Souls in Dark Souls, so before I go down to defeat Gwyn I’m gonna go for the Artorias of the Abyss DLC stuff. I hear it’s difficult but very good!

Thanks dude! Yeah its a damn challenging game for sure…way harder than Dark Souls IMO. It reminds me of something like Alien, or Event Horizon as far as the setting and the dark suspense of being in a factory with the light flickering and robots/zombies hiding around corners and such. I just snagged the IRONMAUS armor, which is a steel armor suit based off a Comic book Mouse hero int he games lore. Its a secret armor set. Its really good but looks silly.

I too only have so much time to play games so I have to choose wisely and maximize my time. Unfortunately there are so many game i either haven’t been able to finish or haven’t even started. I wish I could do better at sticking with 1 game until I finish it…but if I get in a rut or bored I tend to move on to something more exciting and then try to come back with a refreshed outlook on the game.[quote=“Fwufikins, post:32, topic:18624, full:true”]
Well I’ve got the 4 Lord Souls in Dark Souls, so before I go down to defeat Gwyn I’m gonna go for the Artorias of the Abyss DLC stuff. I hear it’s difficult but very good!
[/quote]

IM not gonna lie dude…I coudn’t beat Black Kalimeet and Manus in the DS1 DLC. I beat Artorias but the other 2 were so hard I got into a rut with them and had to move on to DS3. I came back a month or so later and almost beat Manus but he was just too tough…I even spent a day finding and level in up the special cross bow with lightening arrows that you find int eh Archives…I cant remember the name of it… it works well on Manus (as long as you dont get hit)
Good luck!

THe DLC also has PVP areana…but unfortunatley no one plays it. I could never find a match

I also have a confession. I never beat The Nameless King or Soul of Cinder in Dark Souls 3. I never got around to finishing the game because I was so determined to try and kill The King. I feel the need to rectify this once I beat DS1

LOL! Man they are both tough…took me prob 15 or so tries for Cinder and about 10 on King…but I ended up having to use help on the King. Once I get stuck for a week and cant progress I need to move forward other wise Ill end up moving to a different game.

Unfortunately DS1 you cant find any help do to inactivity with the PVP. I had to SOLO that entire game except for Manus and Kalimeet. Hell there isnt even a PVE summon for those guys ( Sif doesnt really count fro Manus IMO)

There is nothing wrong with using a summon IMO… thats what its there for.

Now that Ive moved froward on the Surge is much more enjoyable. I was able to pick up 2 more Drones. One is like Arias jet drone that flies across the screen and smashes your opponent, and the other spray an exhaust coolant like Killgore that slows your enemies stamina and energy.

What are you playing?

Been playing through the OG Dark Souls Artorias of the Abyss DLC. Thinking I'm doing a decent job thus far. Close to beating Manus after my last time turned out surprisingly well.

Then I can go back to kill the black dragon boss and go finish the game. Also my brother and I are gonna be grabbing a PS4 in July (as well as a replacement PC for myself) so I can finally play Bloodborne!

@FallofSeraphs76 @TempusChaoti I’m looking forward to finishing DS1 and starting Bloodborne! Any non-spoilery tips for a new hunter?
Edit: Adding @xSkeletalx to the list because I remember you on a lot of Souls threads

Oh hell yeah! Start out using the Saw Cleaver… new players should use the Axe IMO but you arent a new player. BE prepared to take damage and use your weapon to gain energy back just like in KI with Potential damage.
You are gonna love it…but being you beat DS3 and DS1 you will do fine…not much I can really advise you but to enjoy it and find every item and every quest…GET THE DLC!!!

Well, never actually got around to finishing 3 proper (gonna fix that soon though), but I definitely agree I can afford to mess around with some more high end stuff.

I must ask. How are the big weapons in Bloodborne? I’ve heard it tends to favor fast weapons but I do love thumping people with huge weapons