We’ve been chomping at the bit to share more about the great stuff coming in Season 3 of Killer Instinct, and Shadow Lords is a big part of that. Here’s a taste!

As you know, we’re always looking for ways to disrupt the norm in terms of what players expect from a fighting game, and for solo play, Shadow Lords is no exception. It’s an infinitely replayable solo player mode that pits you and a team of fighters that you’ve assembled against Gargos’ invasion of Earth.

We realized that most solo play modes were “one and done” and we didn’t want that for KI; we wanted to give you something you could sink your teeth into and come back to again and again, play it different ways, and challenge yourself every time you experienced it.

· Your ultimate goal is to beat Gargos and his forces before he takes over the world. How fast that happens is completely up to how you play!
· Choose any character to “main” and assemble your team from across the entire roster of KI characters. Uneasy alliances abound!
· As characters are added to the game after launch, they’ll also come with new Shadow Lords content.
· There’s a lot of stuff to earn and craft in this mode, all of which can be obtained by playing. KI Gold will allow you to accelerate to get to some rarer stuff sooner to help in your fight against Gargos and his minions.
· The game features persistent items and elements that carry across multiple playthroughs.
· The new multiplayer mode we mentioned in the launch trailer ties into this mode and some of the things you can craft. We’ll be talking more about this later on in the season!

I’m sure everyone will tear into the screens (all WIP of course!) and the information you saw to put the pieces together on what this new mode could possibly offer, so use this forum to speculate and discuss!

We are very excited about this mode and what it means for KI into the future. We can’t wait to share more about it!

Shadow Lords mode was the mode that was in the things we weren’t allowed to discuss until now. Seems like an interesting concept.

from what I gather, you choose a team of global defenders to travel to these portal sights and destroy those stinking mimics that pose a threat to all humanity… am I in the ball park?

Can we now construct that monument I mentioned before “Stay Tuned, Hotness is Coming, PST”?

I’m looking forward to seeing more on this! Looks really interesting from what we saw!

Just a couple of questions though @TempusChaoti: 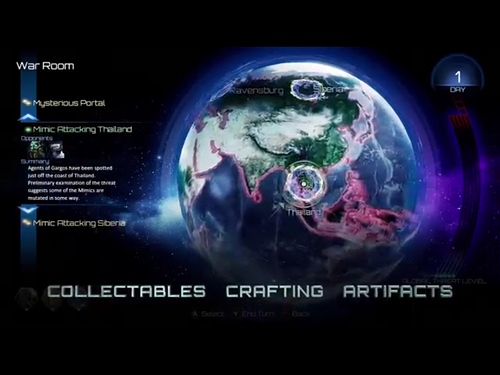 My spider sense tingles at collectables

It may replace the story mode once its up, btw lets remember it didn’t say at launch, cause I know there will be hordes of mimics in here tomorrow like WHERES SHADOW LORDS MODE…

Gargos will probably not be immediately playable but we might have to acquire certain artifacts/collectibles and craft items between now and then to be able to face, beat, then unlock him… ooooh the possibilities

I hope it doesn’t replace arcade mode (I refuse to call it story mode, because it still feels like arcade mode) because more things to do are better.

Thanks for such epicness. Almost want to cry from joy.

This sounds really interesting. Can’t wait to hear more about it. ^^

I might take the rest of the week off

I wanna take off until end of May, or even better, take the rest of the year off.

I would imagine shadow lords would use peoples shadows in some capacity. Also I see fighting mimics, this could also mean fighting shadow. I may be wrong but that’s my thoughts at the mo.

Excuse my ignorance, but what is roguelike?

Ohhh gosh this is sounding really promising so far, I can’t wait to get more news on it and the other new mode. Season 3 is looking so meaty thus far, and I’m really glad to hear that there’s a single player mode that promises us more to do! You have my interest for sure.