Lots and lots of wind! Lots of sand! twilight is imminent, the city in the background shaking due to the heat of the sun on the horizon. Some sand dunes are drained, making resurface some technological facilities and Ultratech laboratories. the stage back in time during the match, the ruins pieces return to their seats, the braziers become inflamed, the tapestries are again lying. The Colosseum back to life!

Located on the opposite side to the TJ Combo Stage gym.
Very high. Helicopters fly over during the match, reflector lights move the sky, a large panel airs the match on Ultratech city. During a Ultra Combo, a blackout invests the city and everything is in darkness. Stage full of violence. silent, dark. Strange acid mist released into the air during the match … This melts the bodies and makes them softer, so stalkers can eat comfortably. this place is very magical, during the match, the stalactites grow and end up touching the frozen ground. During ultra combo alien spacecraft crashed in the mountains far away… This statue is completely frozen!
During the match, a snow blizzard conceals the view. A lot of wind, a lot of snow! the darkest stages of all!
very quiet, only a few howling away. The trees are shaken by the breeze, the red moon wanes on a bloody match.

The entrance doors to the castle of Spinal! during the match the bridge is lowered, the gates open, and the door hangs a phantom army that invades the area, the Spinal army is composed of spectral skeletons screaming, some fall from the bridge …

my favorite stages.
What happens in this place is a real mystery… A dark alley with a touch of style, a car similar to Kill Bill ■■■■■ Wagon look…

In this old foundry, the materials are melted and kept that Ultratech uses for its laboratories. Flows of molten iron in large tanks, and mechanical arms work. the slums of Ultratech City are full of mysterious filled warehouses of weapons … some of these are masked by industries and foundries. The Tiger Shrine is the original shrine of jago, where he was deceived by Gargos.
during the match, the volcano explodes in the background, the fiery fragments reach the temple, which is destroyed slowly. Some fragments fall in the water. The eyes of the golden tigers shine with an intense ruby red. Stage Ultra, the opponent ends up in the mouth of the Golden Tiger, this starts to move and to chew. not 16:9…
snes/arcade details mix
all I can say at this stage, is that at a certain moment the fire goes out and a storm comes, the water dripping from the roof and flashes of lightning light up suddenly. Original KimWu internship. The two versions (arcade and N64) differ in climate. I preferred to give a wintry touch.

I added small elements that give the idea of a camp, the skulls around the flaming pit presumably belong to the Tusk sword brothers, along with their trinkets, probably Tusk takes them with him because of the emotional bond.
But I gave it a particular eye to the well, now it is emitting swirling flames, outlining a magical nature, and are also linked to local stage Ultra. The vortex grabs the opponent and drag him into the well. During the match, from the well are generated inconstant fire tornado caressing the soil, of smaller size, however, the central flame. One of the most KI2 beloved stage. The longest bridge in the Killer Instinct! During the stage ultra, a crows flock, pushes the adversary off the bridge, crashing into the rocks. I thought, can hide an Ultratech lab behind the ball, and scientists, they observe Eyedol fights…
Stage Ultra:
The ball breaks, and Aria arrives, “the subject has not evolved, preparation for cremation”. Aria throws the opponent off the bridge, into the lava. …no particular animations… no stage ultra…only determination, only victory! really crazy stage!
It is one of the Ultratech museum rooms, Some prototypes are here exposure, including the demolition unit, later replaced by more functional Monker units. On the left hand we have an ARIA exoskeleton prototype and a Fallout ester eggs, a giant drone.
Central Unit shall draw fake data, it is an old super computers of the 90’s. In the background, virtual reality viewers reproduces the first planet visited by Ultratech astronauits.
Museum featuring many alarms! Central arm dissolves the thieves with a powerful laser, if it detects abnormal activity.

everything is in motion during the match, united demolition launches a rocket toward ARIA prototype. the drone moves and falls to the ground. central unit turns and turns, and turns off the lights. Background changes to show different moments of the atmosphere of the planet. That Looks cool. Who made that?

It’s everything I ever dreamed it could be 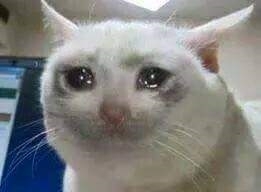 The rolling dunes, the beautiful sunset, the towering platform and crumbling remains…
11/10

Nice job in that concept!

That’s awesome. I’d like to see more if you don’t mind.

Brilliant! This is waaaaay better than his new stage and it stays faithful to the original plus a few new things here and there. Awesome work!

@Ravan86 Are you planning to do the rest of the retro stages?

I always liked Spinal’s original KI stage too. Thought it was underrated.

I didn’t think much of the cinder stage one but man the eyedol and orchid stages looking mighty fine. Even if the new stage may not fit the charecter cohesiveness that other stage has I guess nostalgia factor alone as well as coolness is enough of a reason to want a few of these in the game.

I’m imagining spinal pirate ship as a new redesigned stage and all of a sudden I’m really excited at the thought of these!

They already know we want stages, the missing character ones and retro stages are fairly high on the list. Thankfully they’re just now starting to add extra DLC with the colors.

They already know we want stages, the missing character ones and retro stages are fairly high on the list. Thankfully they’re just now starting to add extra DLC with the colors.

I hope Ultimates are right up there

I’m sure they are.

I just hope this shift to additional pay DLC means they’ll start focusing on all the stuff we’ve been begging for. Costumes, colors, accessory sets, stages, all of it. Ultimates will likely be a free update but all of these pay add-ons could fund the big stuff like that.

Indeed I love this game so I don’t mind paying for the extra DLC on extra stages and and costumes, etc.

this is so dope