Retro costume Poll what do you think?

TJ does have an 80s fade… its the Kid n Play hair style of the 80s or Fresh prince…whichever you want to call it. And he looks much cleaner and younger.

We must be looking at a different picture because in the one above he looks like a pirate version of Mr.T. Also they took out that part of the story where TJ lost his eye. so really they should have used original TJ

He has 4 different costumes in Retro. You can keep the outfit the same and add the other head. He looks exactly the same but with a younger face and more 80s hair style. No eye patch though… it makes him look a bit more KI 1.

I like Tusk retro the most, because he is my main, and it is a big change of style imo. I mean, his default is kinda scandinavian, thor-like warrior, while his KI2 is Conan-like, cold blooded barbarian. They could be two different characters.

As a Jago main, I’m pretty critical so take that as you will. His hair… dear God his awful hair is such an eye sore. Its pure black and looks like it went through eight bottles of gel just to get its form. It doesn’t feel free or natural and it also isn’t brownish like his traditional look. His clothing is beyond tight it almost feels like its constricting each individual muscle; his colors are also way to saturated so each color blasts your retina with crayola like ferocity. Almost feels like he was dipped in a pool of color rather then allow the color blend to past.

Not the best example but something of how his body, no tattoo and hair should have been taken from

Wulf: I never played KI2 so I don’t have a personal connection to his Retro, regardless its not outstanding so its pretty average.

Glacius: Amazing! I love his retro and his accessories, don’t have any complaints.

Thunder: It’s good not the best but I suppose the biggest complaint is that he wasn’t done like his original.

Sadira: Considering she never actually had an appearance, I can’t argue with the aesthetics so its good.

Fulgore: He looks like a fat toy. Sort of reminds me of Zurg from Toy Story

Kan-Ra: Meh its a mummy, great in that regard but bland.

Aganos: Amazing! Knew from the moment of his release what his retro would have been and I couldn’t be happier.

Hisako: Looks like her original with short hair so meh.

Cinder: Looks… burnier than before? Amazing.

Aria: She looks like a robot that would’ve been around in the past, its great!

Rash: I can see why they didn’t want to go to far from his original design and I say, great job sir!

Kim Wu: She looks a bit plasticy, her hair feels a bit off and I will complain about her sash being short, darn it! Its average.

Arbiter: Never been a fan of Halo but it looks great to me, so yeah. Good and what have you.

Tusk: His face can be a bit awkward in certain positions and lighting but aside from that its pretty great.

Mira: She reminds me of the movie Night of the Living Dead punk group, so in that sense for an actual vampire/goth/punk theme it works amazingly.

Gargos: He looks really goofy and disproportional because of his head. Not a big fan so its awful to me. At least his clown accessory is great, but it shouldn’t be the reason its good.

Sadira: Considering she never actually had an appearance, I can’t argue with the aesthetics so its good.

Sadiras main retro to me is awful. She Thai… I’ve seen Thai lady boys and they dress better than this on a budget! Lol.

I hate Sadira’s nearly as much as Fulgore it’s so not cool. She looks terrible. Why didn’t they just turn her into a moden day goth or something…

That wig is totally from party city.com 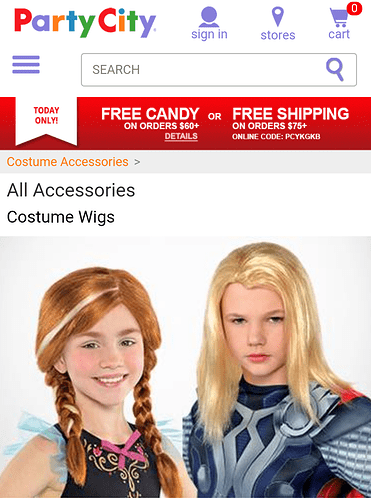 Rupaul would tell her to sasha away!

Ps: loved the rest thanks for commenting.

I’ve seen Thai lady boys and they dress better than this on a budget!

I need not argue this, my guts

Okay okay, I can see that now, my image is forever ruined lol

You know what? Nah, I’m gonna have the unpopular opinion here too. I LOVE Sadira’s retro. She really does look like some sort of fanservicey 90’s goth, and the accessories are pretty good too if you REALLY hate the default.

Best retro by is probably Cinder for the original cast and, out of the new characters, probably Aganos or ARIA.

Weakest one for the originals is probably Fulgore and Mira for the new. I’m kinda lazy so I don’t wanna run down every individual retro

I would not mind Jago retro, but these cuts on his outfit are too big, its borderline homo when u pick it

Well at least there’s the vampire accessories if that helps.

Well at least there’s the vampire accessories if that helps.

You are totally right… those accessories are really quite good!!! I like the dark sadira. But tank girl and party city is awful lol.

You know what? Nah, I’m gonna have the unpopular opinion here too. I LOVE Sadira’s retro. She really does look like some sort of fanservicey 90’s goth, and the accessories are pretty good too if you REALLY hate the default

Lol if I could block you…

Nah ur welcome to it… Im glad injoy it!

I loved the spice girls but I don’t often admit that either! Lol

But in the drag world we glue our wigs down and they are lace frots haha! Sadira went shopping at party city

I just want to know what’s with sadira’s eyes. They are literally balls of fire.

It happens when u experience that many nerfs. Lol

Noone likes spiders it seems.

Most of them are greats.

The guests were perfect because they were like the originals.

Most likely has something to do with that golden spider or whatever inside her.

as far as being accurate, thunders is the worst retro by far, its absolutely nothing even remotely close to looking like his retro costume

Very good poll thread that is fair and well represented with the pictures. Would love to see more stuff like this for other aspects of the game.

I really hope we eventually get a rework of some of the character models, accessories and costumes. But it’s been 2 years now and still nothing, so I guess it’s silly to still have hope.

Yeah I considered that. But her bio didn’t mention anything of the sort.