(POLL) Do you prefer GUEST CHARACTERS over ORIGINAL CHARACTERS?

I prefer new characters, but don’t care if there are some guest characters, BUT only if all old characters are in(Eyedol, Gargos, Kim Wu and Tusk)

I want brand new, series canonical characters like Hisako, Kan-ra and Aganos, who we will be happy to see down the line if another KI game is created, as opposed to a one-time Guest character smashed in from somewhere else.

If I want to play with a bunch of guest characters, I’ll go play Super Smash Brothers!

Pretty sure MS is the one who comes up with the original characters. Dave Lang spoke about it in an interview. IG just does the gameplay. Hisako was all Adam wasn’t it? I swore he mentioned that is a textual stream.

If IG did a poll before thinking about guest characters I wonder if they would still do it.

Rash seems to silly for this game. The tone of this game is serious and rash seems like he needs to be in a fighter like smash bros.

we spoke about guests, but i’m sure everyone prefer new and original characters

I’m cool with both. I think Rash is awesome and fits in well. I’d prefer more new original characters but a few guests wont hurt. Especially if one of those guests is Ash from evil dead 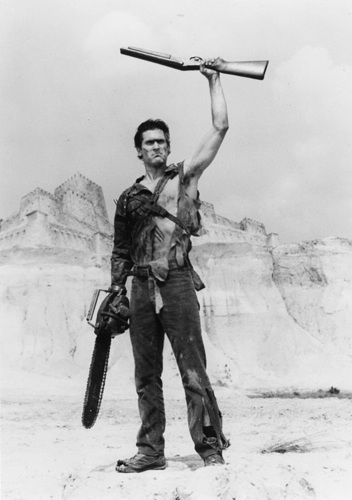 Who came up with this silly idea in the first place? Original characters are always better.

I vastly prefer new original characters that can become part of the franchise going forward, but having some fun here and there with guest characters is also very much welcome.

Why does it have to be one or the other? seriously…obviously more original characters is better but that doesnt mean there cant be a couple of guests here and there that fit the game

Seems like a bit of a loaded question, to be honest, like it’s posed mostly to spark debate between the guest vs no guest crowds… Of course, I could be wrong

Based on what I’ve read here in the forums over the course of the last year or so, I’m fairly certain than very few people would say no to returning or original characters that fit in the lore and whatnot, and would probably prefer them over guests. However, that doesn’t mean that people will be diametrically opposed to the idea of guest characters, and somebody wanting guest characters in the game doesn’t mean they don’t want original characters as well.
I feel like all this “guests vs ‘real characters’” debate is a little silly. I think it’s best to find some sort of balance. New characters that are important for the advancement of the story, but I see nothing wrong with having characters or features in a game that are there just for fun (I.e customizable outfits, emote commands like Destiny’s Dance Button or the Brutal Doom mod’s Swear at People Button, Easter eggs, etc).
Long story short, I feel pretty neutral. I’d prefer original characters, but since we’re getting guests anyway I see no reason to oppose them. They may not add to the lore, but they’re there for fun, and ultimately fun should be the reason we play video games.

It’s a loaded poll. We are on a forum devoted to KI inhabited by people already playing the game. The point of guest characters is, at least in part, to get attention from people who aren’t already on this board.

Plus, so many people are making weird or downright wrong assumptions about the game. I doubt IG went to MS and said “please can we do guest characters?” Maybe if they stick someone from capsule force in there…

So I think the poll should be “would you rather see guest characters or have the game end at season 2.”

So I think the poll should be “would you rather see guest characters or have the game end at season 2.”

I understand what you’re saying in the original part of this post, but this line doesn’t really work either. I think the number of people who would rather forego any additional seasons if it means we will never have Guest characters would be so incredibly tiny that it isn’t worth polling, either. For example, I absolutely hate the idea of guests, but I will deal with their existence as it means we are getting a third season.

I think this question really isn’t binary, and needs more than two options to properly portray the community’s feelings on the Guests vs Original debate.

Not if they’re like Rash. No way. Much orefer a character that fits in.

Fairly certain that people will vote overwhelmingly in favor of original characters. That tends to be the way of things when it comes to guests in fighting games. Thing is, guests aren’t put in the game for the core audience alone. A lot of times, they’re put in to lure fans from outside of the franchise as well, thus attempting to broaden the appeal of the game and expand the player base (and increase profits, of course).

So I’m not entirely sure how useful this poll is. If the idea is to tell MS & IG that KI players want to use KI characters, I’m fairly certain they’ve already received that message, however I’m fairly certain they also realize that 1. There are still a good number of fans that like guest characters in addition to IG created KI characters and traditional KI characters (ie the poll asks for one or the other, when IG can clearly provide both) and 2. The core fans, as much as I’m sure they luv us to pieces, aren’t the only people they want spending money on this game.

Do I prefer KI characters to guests? Sure, but if adding a few guests that could fit in reasonably well with the series might bring in more fans, more players, etc? I’m all in favor of guests. You never know. Calculated moves like this could very well end up being the difference between more KI characters or content down the road or simply having it end now.

If you’d rather not see more KI, then that’s your opinion and you’re entitled to it. I personally want more. Some will view guests as a necessary evil and some might welcome them with open arms. They might even be the reason why some pick up the game in season 3. I sincerely doubt, however, that MS & IG decided to throw guests in just for the giggles and to anger some core fans.