A week ago we covered the rumored possibility of a PlayStation All-Stars Battle Royale Sequel. Turns out another leak has appeared deep within the threads of NeoGaf. One such topic was discussing and laying out the current plans of all PlayStation...

Admittedly, I don’t think this leak is real. But I loved the original PlayStation All-Stars Battle Royale and would love a sequel. If this is real, or if an equivalent game comes out, then Sony will have sold me a PS4.

I’d love for there to be a sequel though. I thought the first game was fun! Yeah, it was a Smash Bros clone, but Smash Bros don’t own the genre and it would be cool to see how PS All-Stars could evolve, imo. ^^

As much as the first game failed to compete with Smash from what I understand, I think people should make more games in the genre. Partially because it would mean that such games could escape being called “Smash Clones” (like with all 90s FPS games being known as Doom Clones, even if a lot of them were) but maybe it’d lead to a version of that style game that I’d actually like

A sequel? I don’t see the sequel beating Smash at all. The first game was terrible in execution anyway.

I’d still like to see MS do something like this, even if some of them characters would be a bit more obscure. As for Sony, I didn’t play much of the first one, but more fighting games is never a bad thing!

I don’t want it to beat Smash. I just want it to peacefully coexist with Smash. There is room for both in the gaming space. And, I liked the way the first one played. It had a disappointing roster of characters, but the gameplay was awesome. I actually like the way it plays more than Smash. My only problem being that 1v1 matches against the computer are a little boring. I like the way the supers are intigrated and required. And I like how there are more and more complex combos.

I played the first one for quite some time. I mained Donte but I liked playing a fairly amount of characters which is something I really can’t say for most games. I remember Kat being one of the broken characters I’ve ever seen because she has a bug kinda like wavedashing except it went completely all the way across the screen somehow. She was ridiculous.

If this is real, I hope Sony will be abe to fund it where it is needed because that’s where the first game really fell short. The game definitely had potential to be bigger than it was and it did try to be. As far as I can remember, a lot of characters got cut which sucked because there were some cool ideas there.

I actually played stick on this game too. People called me crazy for it lol

Dante was fun, but my main was Raiden. He was so incredibly awesome in this game, imo, so much fun to play as. My secondary was Jak.

I liked playing Nariko, Kratos, and Raiden. Isaac Clarke was kinda fun to. And Colonel Radec can just die. Really difficult to use but impossible to beat when the computer is using him.

Whether it’s fake or not, Crash Bandicoot should be in this one!

Crash, Spyro, Lara Croft, Cloud, Abe, Snake. All of these must be here. Oh, and Jill Valentine and Pyramidhead.

Oh come on, how about this guy? 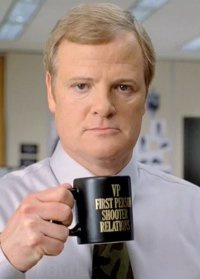 He deserves to be in this, whether it’s fake or not.

Hope they keep that main theme. Stuff was great, yo.

I wasn’t a big fan of PlayStation All Stars. I played some, and thought it was alright. But I do think the comparisons to Smash Bros. Are misplaced. It’s like saying any and all one on one fighters are SF clones. And as far as competition I really don’t see how a playstation exclusive brawler and a Nintendo exclusive brawler are in competition…

Exactly. It’s like people saying Mortal Kombat is a crappy Street Fighter clone. Which people did used to say. Every game system has a right to celebrate their history.

If this game does happen bring back Sir Daniel