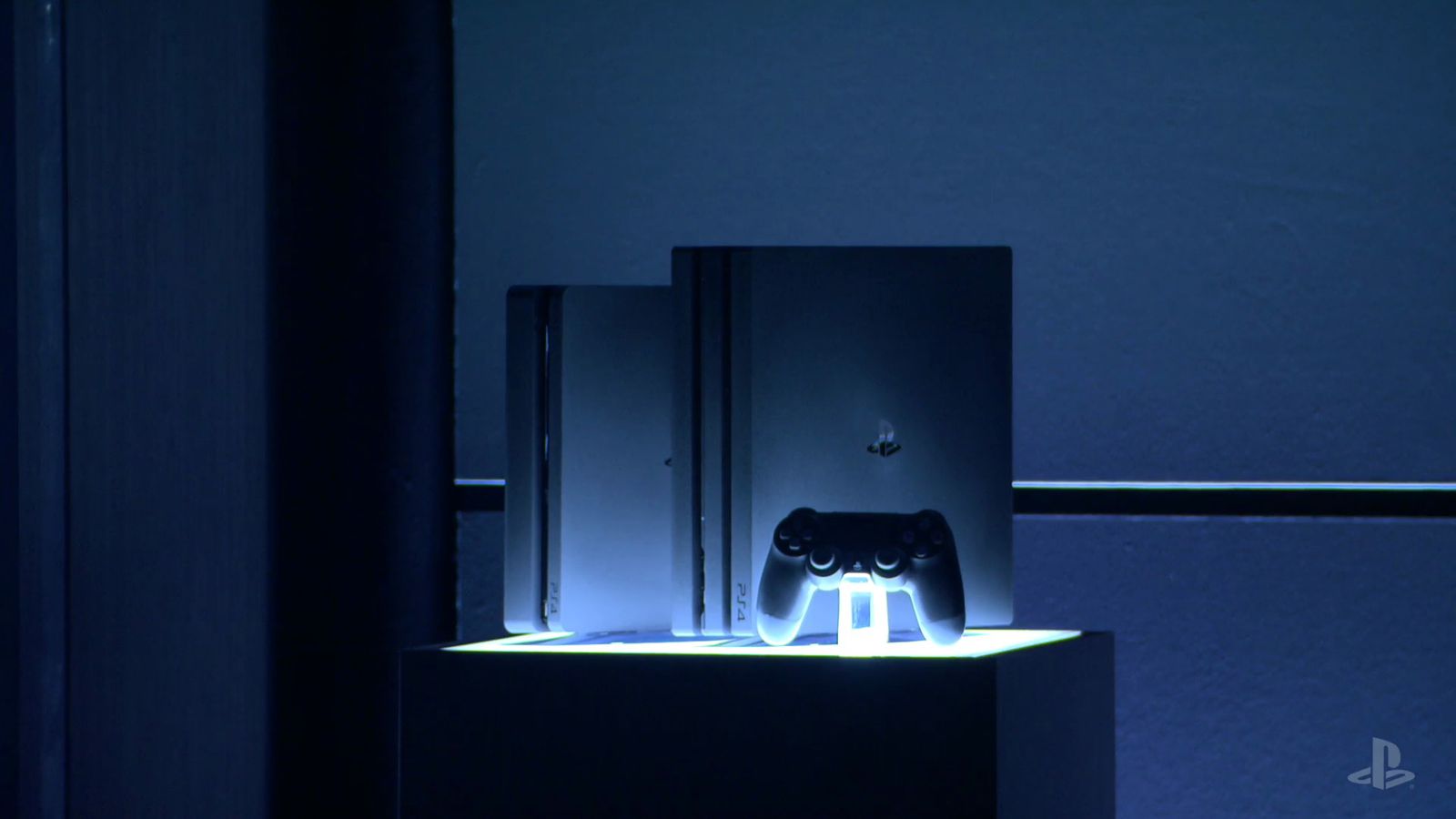 Play with even more power

Xbox One S is better IMO and already available.

If they only launched the God of War saga with every single game remastered to run at 60fps… God of War 3 alone don’t sell me a PS4.

I only have a PS4 for Bloodborne, Uncharted,SFV and Until Dawn. Although Xbox is my favorite… I do like the Facebook sync that PS4 has. But the main attraction for me is the exclusive titles I mentioned.
But I wont be buy a PS4pro. No way.

Xbox used to have a FB app, but for reasons unknown to me, it was removed from the service…

I find apps kind of sad in that way. Good apps or features get removed from Live all of the time - I used to have the FB app and now I don’t. I used to be able to watch synced movies with online friends in a party through the Netflix app; now I can’t. I used to be able to use Kinect voice commands for many of my apps; now I can’t. In a lot of ways, I feel many of the things we could do before are disappearing and as a result of that, many of the Xbox apps are moving backwards… Whether that’s due to changes with Live, the apps themselves, or a bit of both, I don’t really know. What I do know is that we, as consumers, are the ones that lose.

It seems like a silly convenience to be able to instantly post a screen shot or clip to facebook with 2 clicks. But its kind of cool! i wish i could do that with KI clips that easily. But its a chore to post a KI clip compared to PS4.

So, is this the neo or the slim? I’m fairly certain the slim is just phasing out the older ps4 model, but with the whole “it exists but we won’t pay attention to it” situation I’m a bit confused.

I’m just gonna buy the slim. I don’t have a 4K tv, so it’s kinda useless for me. Lol. Not a HUGE fan of VR either, but if that’s the future…

I want this in real life.

I’ll get the VR eventually. But since it’s just an update to graphics as far as I’m aware…eh pass overall.

Is it just me, or have renowned corporations been making rather asinine decisions?

iPhone decides to slap its regular consumers with the addition of overpriced wireless headphones that replaced one of the most beloved hardware features.

PS4 decides to make an inferior console that makes no sense for something that is suppose to be an upgrade.

Oh and apparently the Galaxy Note 7 is literally exploding.

Soon soon. Once the patch drops and I do some quick refresher on what’s changed (if anything) then it will be time.

Think you can take my Jago?

We’ll see. I do have a few things up my sleeveless sleeves. 99% of my work is done. I just now have to input it into muscle memory.

Yeah, I think Sony painted themselves in to a corner here. They’re at their level best when they’re counterpunching. Sega Saturn’s $400? Boom. PSone’s $300, mic drop. Xbox One’s how much? Oh yeah, PS4’s the more powerful console AND it’s $100 less.

Credit them for reading the market, watching what other companies do, and either following suit (PSN, Eye Toy, Move, etc) or finding ways to undercut their competition and take their legs out from under them.

But when info leaked on Neo, and then MS came out with their T-flops hanging all over the place, yet they still had to release it because they need to get VR, another main initiative, off and running, they were up a creek.

Oh and this thing’s getting panned. Hard. For one thing, it’s being compared to Xbox One S, which is what the PS4 Slim should be compared to. When your upgrade console is being compared to the slim model of the other side, and some can’t seem to tell what Neo actually upgrades and doesn’t, that’s a problem.

However, I do think that those planning on Scorpio coming out next year and being a real difference maker will be somewhat disappointed. For one thing, Sony and their fans are already pivoting off of console power as being a deciding factor (which was a pivot off of price before Xbox One went lower, faster). Now it’s games.

Also, as powerful as Scorpio is said to be, I’ve seen enough from Phil Spencer and others to make me think that this will be more of an “if you don’t already own an Xbox One” type of upgrade, much like the Neo seems to be (unless you’re a VR nut, I guess).

Bottom line, this is the worst PR Sony’s had this generation, but I still don’t think it’ll mean much in terms of sales. I also don’t think MS will be able to use Scorpio as a counterpunch the way Sony’s been able to in the past.

I’m hoping to be surprised by Scorpio when it’s finally revealed. I’m hoping it has something that makes me want to sell my Xbox One and happily upgrade, but after Neo’s reveal, I’m definitely tempering my expectations.

I preordered one because I haven’t had a PS4 yet. Hopefully it will last me for awhile.

I have been let down by publishers who only released their games on ps4 even when both systems combined represent many customers.

Also, the fact that Xbox games struggled running certain games, made me a disappointed customer. I wish they hadn’t gone the Nintendo route, and decide for ME that specs don’t matter so much.

Then there is kinect, which I totally love except it has been abandoned.

What saved the XBOX for me is KI. I bought it for KI and cannot complain. I had a great time playing KI.

Now that I have a PC since a few weeks, I no longer need my Xbox. Nor a future Xbox as I will vote with my wallet. The only games I still care about are on PS4, so this PS4 pro is what I will buy next in all likelihood.

I don’t feel the same way but you get a like for pragmatic honesty.

If I was going to buy a PS4 I would get the pro because it’s only $100 more and why not? But I still don’t have a reason to get one. To play The Last of Us again? I’m a tech collector but I just haven’t seen a reason to pull the trigger.

Having said that I’m not super optimistic about Scorpio either. But we will see.

But I still don’t have a reason to get one. To play The Last of Us again?

Guess what I pulled off the shelf last week?