The same happens in the pc version.

I can’t even purchase the game.

Upon finishing a match, the game will stop after the win pose for a short while, then proceed to the rewards. I had a normal crate along with a skeleton chest yet the reward section was empty. It happened twice already. Thought it gave me something just maybe didn't show, I know now it just doesn't give you anything. Will post evidence when I experience it again. Edit: http://xboxclips.com/oTiger+Spirit/9136f449-77bb-48b3-b946-0016bb5d5ac8

Starting today, the game just gives me a blank screen after the “Press Menu/START” screen. Music keeps playing in the background but the screen is just black, it never gives me the “checking downloaded content” thing. Help?

r0m1ux Fulgore shadow at the 1000 SP rank crashes my PC every time I fight it. That’s the only shadow that causes this.

Just to tack on, I lost rewards twice in succession. Tank chest followed by skeleton chest. Other skeleton chests in the run were fine, just the ones following Tank chests.

My free 300 KI gold from the daily rewards isnt adding to my total. Ive logged out and back in every day. It just sits at the same amount.

Not sure when its supposed to change.

So I tried to hop into ranked and I’ve been stuck on the “Checking Privileges” screen for several minutes now. 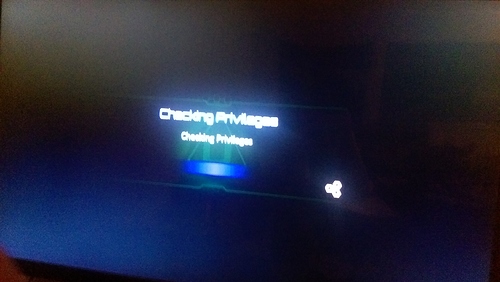 I’m wondering if it might be caused by another bug that “demotes” me whenever I’m invited to a lobby or exhibition. Usually this is cleared up by just hopping into the Leagues menu, but now I can’t even get there… Rather frustrating.

Clear the cachet and reboot

I’m having a weird issue where I purchased the Terror skin pack but once I did it, along with the Gold Skins, disappeared from the store entirely and I have not been able to access the purchased skins at all.

You can get the Definitive Edition from the Microsoft Store in Windows 10. I bought it yesterday and it unlocked everything plus gave me a bunch of skins. It’s simple to do, if you already have the game installed then once you buy it you wont have to download anything else. If you start the game after that it might take a bit to load the first time, though.

Definitive Edition at the moment is $40. A good price for everything IMO.

Same here, also look at the TJ combo winter santa outfit at least for me, he is missing his face. 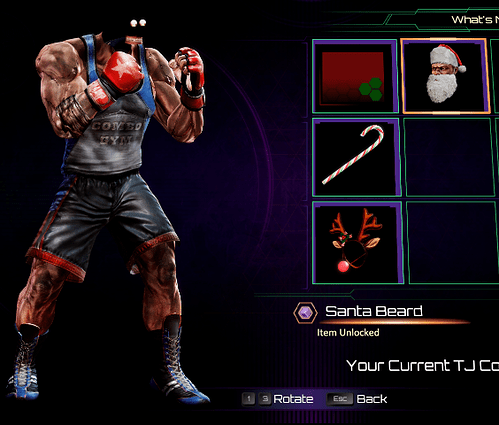 I got the Definitive edition which the store said it was supposed to be released on the 6th but I guess just came out yesterday. Also the terror and Gold Skins are not in the store, and I have no idea how to get them.

Ah OK then. I also have nothing in the Terror and Gold skin sections to buy. I dunno if that’s a bug or if they unlock by other means.

they are not supposed to be available yet.

Yeah they were accidentally released

R0M1ux shadow in the 1000 SP rank crashes my game every time I fight it at the loading screen.

Since a recent update, the Shadow Lord mode is glitched when playing in French (X1 or PC).

It was raised on Big problems with the game!.
2 players have confirmed on https://www.trueachievements.com/forum/viewthread.aspx?tid=861841 that the problem can be solved by switching the system to english (and therefore they confirm that this is a language related issue).

I didn’t try to switch languages (French on PC), but I can confirm that this is exactly what’s happening to me.
No need to have a guardian equipped though, I was planning on grinding with my mains by fighting with nothing equipped and it kept crashing.
I often get a fight or two before it happens, then I’m forced to Alt+F4, losing the mission and my character dying, then every fight crashes after that if I launch ShadowLords again.

Kim Wu bug
When using a delayed counterbreak with Kim Wu, it resets her KV meter and causes her combos to no cash out potential damage.
http://xboxclips.com/CoIyn/9a3082f7-c1ae-4fba-bb9d-eabca5f1c168
Above is a link to a video of said bug.
Thank you,
Colyn