I’ve been having issues getting the game to start on console. It worked fine before, but now all of a sudden it can’t load or even install anything.

It seems some of the new skins, even if locked, are accessible if you hover over the skin in the selection screen and let the timer expire. Also works with: Mimic Spinal, Shadow Riptor. Does NOT work with: Gold Orchid, Gold Jago, Shadow Skin Jago, Mimic Jago. All others have not been tested because online matchmaking is down currently.

I’ve seem to have lost some of my Shadow Lords Data. I have no Killer Guardians (None at all in fact), every single artifact I’ve owned is missing. All my Astral Gems are gone as well. I still have my Archive progress, and Astral Plane is still unlocked.

This sucks, as I spent KI Gold on many Guardian and artifact packs and such, only for it to disappear.

After resetting 4 times, it seems to have gotten everything back. I guess it fixed itself, but that’s a scary bug for someone who’s spent money on the mode.

Shadow Lords has a BIG issue with the Skeleton Chests, because it usually takes longer to load the reward screen and it loads with nothing… at rare times the rewards are given, this is a pain because the Skeleton Keys are not easy to get (excluding the loot pack) and in higher difficulties you should get a nice reward.

Had a few issues this weekend…

Not sure if any of this had anything to do with the failing DLC check that was going on over the past few days, but: 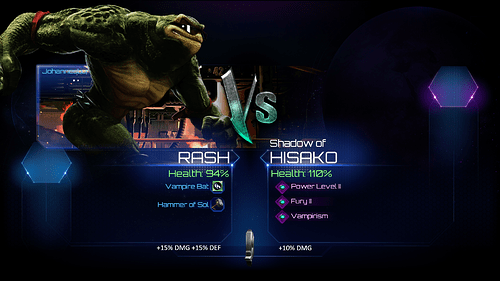 Shadow of Hisako wasn’t showing up in the versus screen in Shadow Lords. This happened to me many times. 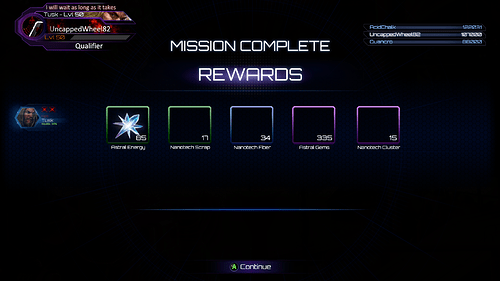 A lot of the items in the rewards screen weren’t showing up.

Also, the game crashed on the “skins” screen in the store, after on the Shadow skins page most of the portraits didn’t show up. The skins I purchased dhwoed up (Tusk and TJ), but all the others were blacked out. The game crashed when I scrolled and moved the page over one slot.

I also had the game crash in Shadow Lords, after many of these things weren’t showing up, the game crashed on the versus screen going into a match where I was playing as Cinder. When I picked the game back up some time later, Cinder had “died”, but otherwise everything else played out like normal.

The last couple issues I have no screen shots of as I was broadcasting on twitch at the time. If I can get the video and link it here, or upload it to YT at some point, I will.

Edit: I guess just because you are broadcasting, you aren’t actually archiving. The video is not available. If these thing happen again in the coming days/weeks, I’ll update.

Is the Sl Crash fixed

I never had the issue. SL worked for me day one of the update. That being said, I still did experience some bugs.

Okay so for some reason spinal, thunder, and sadira are unavailable for me to play. I have season 1, 2, and 3 ultra editions. I’ve tried reinstalling the game and uninstalling it. Did the same thing for the dlc. When I go into the game it give me a message saying " you have purchased killer instinct: ultra edition add-on but it isn’t installed. Would you like to install it? Pressing yes brings me to the store to install and doesn’t give me an option to install or not. I’ve tried installing and uninstalling and it does nothing. I took pics for reference. Uploading… Uploading… Uploading…

Guys, is it normal for guardians to consume their astral gems slots even if not used?
I choose three warriors to fight Eyedol (Shago, Omen and Jago everyone with snake guardian equipped), I win with Shago not even using the other two but after that all three guardians lose one slot of their charge.

So does Eyedol, and Tusk’s ultra doesn’t register some hits on the counter.

Thanks, never noticed before.

Are these Orchid cancel bugs still in the game?

For some reason my killer instinct doesn’t on my pc anymore , atleast is what windows store is saying , it was working fine about three or two days ago and i dont know why , when i open the game it keeps telling me to download a update from windows store , and there is nothing there

Several times after a shadow lords mission, I do not get any of the rewards. I have noticed that most of the time that this happens is when a skeleton chest appears on the screen. I have keys, so I don’t know if this still happens if you are unable to open the skeleton chest.

I had this issue playing on console, wasn’t sure what happened. I’m playing Jago and performed a counter breaker on RAAm and it activated late, amd my combo hits were reset. I then continued to pile on the damage amd end it with shadow tiger’s fury but it never cashed out. I’ve seen this issue before some time ago with an Orchid player, but this is the first time it’s happened to me

Can you provide a video? You may have missed the ender timing by just a little and got raw Shadow Tiger’s Fury.

The Skins section keeps having “New” notifications regardless of how often I fully clear it with the Y button or go over them individually.

Titan’s Vengeance is not unlocking for me, furthest bottom right dossier.