Easy to see: Go into training, Eyedol mirror, infinite instinct, set the dummy on jumping after activating instinct while on mage. Then activate yours on warrior, and jump at the same time.

I lost 10k shadow points that I got yesterday. My Gargos shadow is also not updating on the leaderboards. Help plz.

Can you guys please include a way to remove the Shadow Labs bounties that have no reward to them? I can’t fight back against them, and they clutter the list which takes some loading every 5 names itself.
Maybe have a separate dialog, asking if you want to see who fought your Shadow in SL?

Edit: if you could also fix Shadows of Gargos playing like Boss Gargos, that would be awesome.

So there’s been a few of us experiencing and issue where the Daily Reward of KI Gold is not registering in our accounts. I had 450 this morning, completed a ranked match (4 in fact) and still have 450. No new Gold.
Reports started in this thread

The daily loot system is brand new, so I know that this is the first day that it's possible to get KI Gold from it. However, when I completed the task - for today it was Finish a Ranked Match - and checked the loot after, it marked the objective as cleared, but the KI Gold was not added to my account. Is this happening to anyone else?

Edit: Found a fix. Exit the game and restart it. That fixes it, it seems.

I have the same issue. A ton of bounties that you cant fight back. They need to go!

Has anyone figured out he crash on startup bug yet? I’ve been at it all day and tried everything I could find, this just started happening to me out of nowhere.

Start from App/Store/Xbox App, same thing - It always makes it past the Iron Galaxy logo, but then crashes to the desktop immediately after (if I mash I can see the KI logo start to explode, but that’s it).

I have tried everything: rollback/clean reinstall Nvidia drivers, reinstalled the game twice, turned off AV/firewall, given EVERYTHING full control permissions, tried other user accounts, troubleshot the Store and Windows Apps, cleared/reset caches, installed the Windows Media components, messed with Xbox services, checked for latest updates… EVERYTHING. It has never done this before, I need my KI back!

Got a question for you guys, I got Windows 10 today and decided to download KI. I had all 3 seasons purchased and downloaded on my XB1, but sold it about 4 months ago and never thought I’d catch a black friday deal on Win10 to play it again. Is there a way to activate all of my season packs for the PC version without needing my original XB1 to activate them on? I’m sure as hell not going to rebuy the game after spending a stack of money on it already, but I keep getting stuck on the “Checking for content” screen and it never loads anyone for me to use other than Orchid. Thanks for the insight.

Hey so I finally made a shadow and I noticed that when customizing them, it gives me the option to choose a color for them, yet no matter which one I pick, my shadow always has the base color 1. I’m using Sadira, and I’m trying to go with her 3rd harem look, so I wanted color 9 with her orange accessories and no matter what I do, she has her default red shirt in matches.

Is this a bug, a known issue, or an I just doing something wrong?

There was a heavy slide off your HP+HK input instead of the rekka. So unless you were mashing or just mistimed your input, I can’t explain anything else beyond that. It seemed as though LP HP HK were all pressed at the same time. But a Heavy Slide was your followup from MP. That’s why the auto double came out.

Bug with the new guardian The Watcher. First, a text bug, upon the first use it says, Pres instead of Press. Second, I was facing sabrewulf as Fulgore with an Epic Watcher, if you do a block breaker but the follow up attack misses, whiffs, or goes through you or causes you to go through them, the guardian itself does not regenerate charges. If you succeed later on in landing a block breaker that blows them back, it restarts generating again. So basically, in an instance where block breaker is activated but whiffs, it does not generate charges anymore.

help me my gamer tag is Riptoryoshi82 of xbox one

What’s supposed to be wrong here? You start your combo with medium punch, do quarter circle light punch but then immediately hit HP+HK which overrides the light input and gave you the slide, then you have two heavy punch inputs which gave you the auto double. 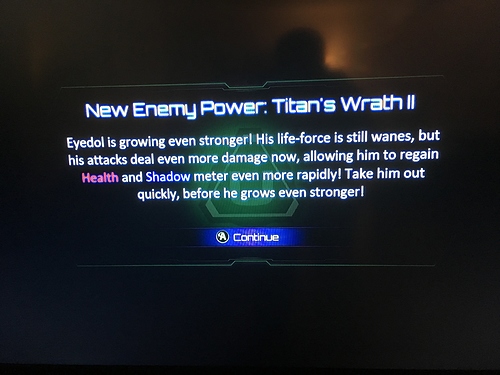 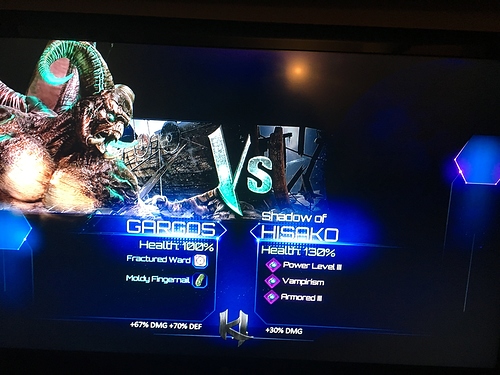 Playing through SL in latest update with Gargos and Hisako’s art didn’t show up at all.

This has nothing to do with negative edge, the release of the button had nothing to do with this. As I said on Facebook, you never input a light linker so you shouldn’t have gotten one, and it will have been the inputs you pressed together prioritising the HK and giving you a slide.

You’re pressing multiple buttons, the higher strength button always takes priority. I would check your button mapping or controller itself. If you press QCB or QCF Light only you’ll get what you want. I can recreate your scenario by pressing LP + HK and I’ll get slide every time.

@SullenMosquito @MBABanemobius QCF+LP is Light ichi ni san, this input is ignored depending on how close the release of LP is to the HP+HK input. That’s why in the “closer look” video it comes out as intended sometimes and other times it doesn’t. Even though the input is the same the results are different accordingly to such a minute difference in the timing you press the button. The difference is VERY small. So small that the results are pretty inconsistant for human input. I meant light opener not light linker as well. I understand the prioritization of inputs. I’m not sure if you and ev1 else are understanding that I did in fact input QCF+LP Before the HP+HK. The intended results after the st.MP hit confirm were Ichi ni san 1st hit LP opener into Ichi ni san 2nd hit HP (and 3rd when pressed again). The HP+HK input is situational. If instinct is there it is popped. The HP+HK part is the “option select”. If no instinct is available the HP 2nd hit of INS comes out as intended for the 2nd part of opener. If you release LP too late apparently this is ignored all together in favor of HK Blockade Runner into HP Auto. It is fine. I’m just not getting as consistent results in my game play as in previous patches and trying to report the differences because I thought it was a bug. I’ve played the character since release and haven’t changed the way I’ve pressed buttons since so I was thinking something buggy is going on. I was informed about negative edge and perhaps the window has been adjusted and is more tight or loose or something. Perhaps that was intentional. It fits the shoe but I’m getting SOOOOOO confused as ppl telling me different things and everything being said is inconsistent. Perhaps this is the wrong thread? I’ll just do my best to adjust and move on.

I understand rollback, what I don’t understand is why that traded at all, even with rollback flick flack is low invulnerablee (ignores lows which it did) when the cat hit is when I got hit, as if after getting hit by the flick flack the hitbox of sjago cr.mp went away but came back to trade with orchid hurtbox when the cat exploded. My opponent even said that was weird on his end, as the same thing happened.