Face customization, nothing too extreme so the face can still look like the original face

Ultra customization, it’s always the same ultra so we know how a characters Ultra looks like. Would be great if we could edit the Ultra to our liking. Would be even greater if everyone’s ultra was the same number of hits or had a limit to only do it twice. 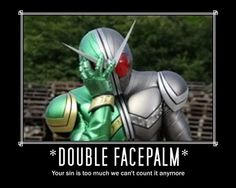 Although these ideas so great and all, speaking in a realistic point of view, these changes are either unnecessary or pointless. Some are cool but why would the devs go through all the trouble just to change the color of Omen’s balls from blue to red when they can be spent working on something more meaningful.

The ultra customization is a great idea that would add variety but in the end would be to great of a change to do in this game. Maybe the sequel?

But devs already been changing colors of whole characters, and judging by a lot of the feedback that I have read, people are mad. I would to see an Omen with smaller balls though.

and judging by a lot of the feedback that I have read, people are mad

Yeah, but a lot of people can be dumb about the things they’re mad at as well. We have a whole thread about dumb things people say about KI, and most of it is people being mad about one thing or another without any real thought behind the anger.

Personally I’ve wanted them to make a more complete story/arcade mode, add in Season 3 characters & such. But so far it’s been a no-go.

Now why they haven’t made more accessories and costumes is beyond just about everyone. I don’t know of anyone that hasn’t expressed interest in trying to throw money through their screen to get the devs to make it happen. But it is what it is. We can keep expressing our opinions (in a civil manner mind you) and hope for the best, but we have to accept that what we want won’t necessarily line up with what they believe would be best to do with the time and resources they have available.

That still doesn’t keep people from being mad at dumb stuff though.

You can change the NAT within the Xbox itself and your modem. Its called Port forwarding. Its not easy, you have to look it up and read it carefully but its possible. I did it and my NAT works great.

I’d like to be able to customize my computer from gtx660m performance to gtx1080 ti performance.

You know why they haven’t made more costumes. Everytime they did, most of those same people that said “make more skins, and take my money” were some of the first ones to say “those skins suck, I am not paying for that”. They made mimmic skins and they heard “those suck, and the smoke doesn’t look right on X character”. Next was the shadow skins and they heard the same remarks as they did with the mimmic skins. People complained about the cost of 3 gold skins for $5. I think the only 3 skins that were not complained about were Shadow Jago’s sliver, Omen’s color pack, and the Terror pack.

These “take my money” people are some of the same guys that build things up in their heads, then get upset when it is nothing like they thought it should be. I think it was/is a good idea for IG to not waste their time on more skins.

I honestly don’t think the game devs are so thin-skinned that they decided not to take the money of the people that enjoy the customization options they made because of those loud few that keep crying over every new addition not being exactly how they think it should be.
My guess is that every time it was brought up “Would we make more money making new accessories, or would we make more doing X?” they simply decided X was the more worthwhile option, time and time again until we are where we are now.

this is kind of there already, you can move the shadow meter a bit. some of this stuff is reasonable (like connection and hud) but customization taunts would be a huge ordeal for the devs. From what I can gather, animating new stuff is a timely and costly endeavor.

How about moving this to the suggestions and feedback section?

It’d also be awesome to be able to choose between several customizable Vs screen (pre-match loading) templates. Maybe they could even let you capture in game footage or use parts of cut-scenes as a sort of “action shot” for each character that plays in the pre-match loading screen.

All that said, as much as I’d enjoy this level of customization, I don’t think they’d realistically do any of this. In fact, I’d go as far as to say that I don’t know if we’ll even get anything else for this game. They’ve either been eerily quiet or they fall back on “stay tuned” or “if you keep playing it, we’ll keep making it” which almost means nothing at this point given that most, if not all of us still play, but we’re just a small group of people on a website.

Not to launch in to this rant again, but I’ll just say that it’d be awesome if they could give us SOME kind of direction in terms of what they might or might not do with this game going forward; what’s possible, what can be deconfirmed, maybe a tease or two, etc. A Q&A session or textual stream or whatever would be great.

Yeah, but a lot of people can be dumb about the things they’re mad at as well

This is me AF…

PSA: Never talk when your mad. Just slam your face into a pillow or something.

I would to see an Omen with smaller balls though. 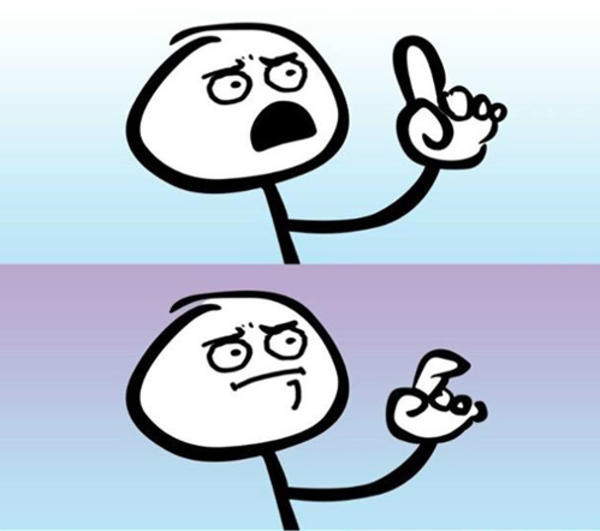 I would like the stages to be customizable. Weather, day/night, perspective, colour, damage and more. If not in this ki i hope in the next, with the new dynamic weather tools stages would look sick.

I’d rather have a button or command to just do that. I’m not going to open certain ports just so that I can play with an open NAT. Playing on an open NAT doesn’t cut it for me so I randomly entered stuff on the network settings so I could play on Strict. Been playing on Strict since 2015 now. Even though it takes about 20 minutes to find an opponent I still have fun, and I’d rather do that than play on open.

Whenever I’m mad I just punch myself in the face.