Let's talk about Capcom playing dirty with us!

I have to play at least a little of the SFV beta because the last beta kept rebooting my PC. I need to make sure the problem is solved otherwise I will have to start the process of asking Steam for my money back. Something I’m not looking forward to.

As far as the “who was the first fighting game who…” discussion, I don’t think these things are really worth talking about. Remember, imitation is the sincerest form of flattery and there is nothing new under the sun. SFV is not KI, nor should it be. I don’t really feel the need to argue that SF is ripping of KI to try and validate KI. I think KI is the better game, quite frankly, based on what I have played of SF V.

Hopefully some things are also revamped like Exchange enders and wall splats being useless.

While an argument could be made about the exchange ender thing, wall splat enders are nowhere near useless. They’re the base of one of the game’s simplest and most potent resets - wall splat->throw or neutral jump is still one of the best mixups in the game. And many characters get additional unique opportunities after performing a wall splat.

I don’t know if it was intentional or not… but that’s exactly how I felt when I heard the news.
I’m just pissed and I can’t help it:P 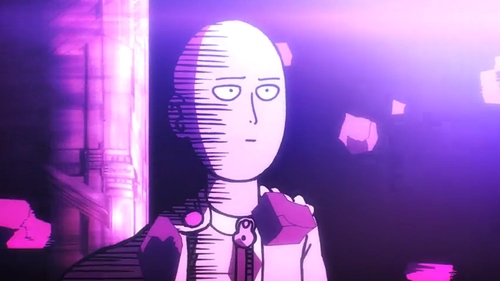 While an argument could be made about the exchange ender thing

I’m not really sure what that argument is. The exchange ender is a positional tool: you want the corner, so I’ll do an exchange ender to put me there. I guess maybe they don’t hurt enough to justify over damage/resource/whatever enders, so could use some damage tuning? On the other hand, I might be mistaken, but don’t some combo into sweeps?

Kind of hit or miss. Orchid’s can be combo’d after, ditto Sadira’s. Aganos’, not so much.

And yeah, while an argument could be made about exchanges being “useless”, I don’t think it would be a particularly strong argument. It gives you the side you want, full stop. It’s a bit situational, but it does exactly what it purports to do.

Plus the “situational” term is the main point - you use it when it’s really beneficial to do so, not as an all-the-time consideration.

As for Capcom intentionally doing this to insult KI players, that’s a pretty big leap. They’re also doing this during the PAX South weekend, and a ton of other worldwide events. I doubt the Capcom brass that made this decision even knows that there is a big KI event this weekend.

PAX South is this weekend, and The Division is doing its first ever public beta this weekend too.

Should the people attending PAX and fans of The Division feel snubbed too?

Besides, not everybody is going to be playing the SFV beta every waking hour its available. The game is coming out in 2-3 weeks, people will take breaks, people interested in KI will probably watch the stream more anyway, or do both at the same time on two monitors.

I dunno, thinking Capcom has it out for KI players is pretty conspiracy theory to me. They’re probably thinking “what’s the best date to do this so we have data early enough to give a better product at launch?” and then whatever date that is, they just do it, because they’re focused on their own game.

I agree with you on an intellectual level, regardless though, I still get the feeling that they are going head-to-head with KI. At the end of the day though, it isn’t about Capcom slighting KI players, it is about Sony/Capcom, competing with MS / IG. KI is a major component of why SFV is a Sony exclusive, just like SFV is a major reason KI is getting a PC port. Both “sides” are looking at the other and making move accordingly. Just look at the release dates for these games too.

These companies are all jockeying for supremacy, but it is clear that Sony sees KI as a direct competitor since in this day and age, SFV = Sony, and KI = Microsoft.

Still though, I didn’t think about SFV being at PAX South (Capcom will have a booth there), but yeah, I find hard to believe that they don’t know that KIWC is happening since they are pretty in tune with the FGC these days.

It’s funny how people shat on KI’s business model (and STILL don’t know how it actually works), while going up and down about how awesome SFV’s model is.
[/quote][quote=“RogueSquirrel29, post:45, topic:4330”]
There’s a lot of things both KI and Skullgirls, especially Skullgirls, have implemented that SFV is actually going to get credit for and get treated as a novel idea just because Capcom did it (dojo mode/tutorials and rollback netcode being a couple of examples), even though Capcom should have put those things in their games years ago and other fighting franchises such as Guilty Gear and Mortal Kombat have long since implemented them for a good while now.

This is one of the most annoying things. I’ve seen many a thread talking about the SFV hack that displayed hit/hurt boxes, not realizing that KI and SG both do that already. Then there is the new SFV story mode…though most everybody acknowledges that MK did it first / best. Then you get to the online, where KI didn’t do it first, just best / most high profile, and now both SF and MK are following suit (though it is worth stating that SFxT was going in that direction too).

The list goes on and on (Dojo mode, unique character design, business model, etc.), and honestly it goes back and forth too as KI clearly bit off SF4 in some respects, as well as other games. But the point still stands, since Capcom is the “big dog,” fans place credit with the biggest / most high profile, and don’t acknowledge the roots. 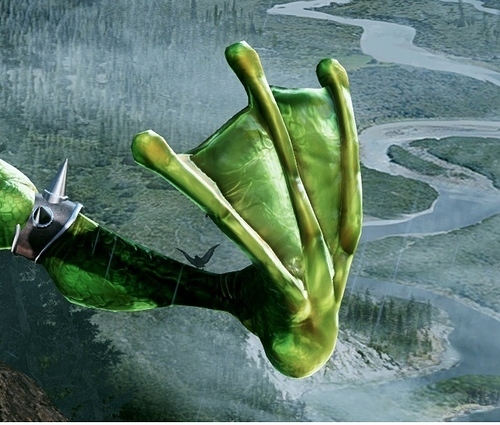 MKXL Kombat Pack 2 March 1st 10!!!
Killer Instinct Season Three ??? 9 because we don’t have a release date
Tekken 7 4 just to see what the Unreal Engine 4 can do
SFV 2 yawn looks like the same game but maybe even more cartoony looking

because we don’t have a release date

It appears that Street Fighter 5 will be incorporating something similar to League of Legends' league system for ...

And take note of all the comments acting like this is a new thing.

Thanks for the post. Funny how people are in that thread complaining about playing people of different ranks in SFIV. And people on here act like KI is the only game where you ever get matched against someone if a disparate skill level.

I think it’s hilarious some of the comments are, “Thanks, KI!”

After watching the Ultra Chen show with Sajam and reading the above article…I realize there are many, many players that have absolutely NO CLUE about Killer Instinct! None…never heard of it…never played it…think combo breakers are stupid… they havent got a clue. Which is so strange to me. I like Fighting games and I keep up with pretty much all of them to a certain degree. Even if I dont play them.

Even the few Mk players I converted to KI…they talked as if they never even heard of the game and didnt know any of the characters…how it worked ,… notta. How can you play MK on Xbox and not know about KI??

that tell me that MS is not pushing this game hard enough…how hard is it to do a small advertisement? There are advertisements for Thief… and a ton of other small games…but none for KI.

I’m a big FG fan, but I know little to nothing about the anime games, KOF’s systems, even the ins and outs of how SF works! SF is the “biggest” FG, but there are plenty of people who aren’t into it, let alone know everything about it.

KI is a fairly niche title. I can see how there are many FG players / fans aren’t paying any attention to the game, let alone learning how it plays. That being said, I’m glad KI was able to get on shows like ‘UltraChenTV’ and ‘The Best of III’. I have a good feeling that MANY people will see KI in a new light after this weekend (good or bad).

Ki is has been advertised on the home page all month.

No it has not…maybe on the games with gold…but it has not been on the main home page of the Xbox. Im on that ■■■■■ all night and all weekend. Its never on the front page when you sign in. The last time is was on the “games page” was when Aria came out or a new character. It would only be a pic of that character and nothing more. It would link you to a killer as KI HUD with tracks from S1 and all kind of other cool stuff…then it would disappear.
You cant tell me its been advertised enough… not enough IMO anyways

Hell, Ive advertised KI more on the Xbox community, Facebook, online matches and other chances than MS has.