As you guys know Kim Wu was revealed this weekend and overall she is amazing in terms of design and gameplay but the one complaint I’ve seen unanimously is that no one likes her face. She definitely looks Asian but some say she is down right ugly. From reading forums on various website, Reddit, and comment sections of new sites like IGN, Gamespot, and Shoyuken they all think it should be tweaked a bit.

…I have to agree that I hope they tweak it just a little bit. She is suppose to be a college student so about 18 or 20 years old but she more looks like shes in her 30s or something. I love her personality and design but I wouldn’t mind if they made her look a tad bit cuter or younger.

She will be my main regardless and her retro is still coming too so let’s wait and see what happens. 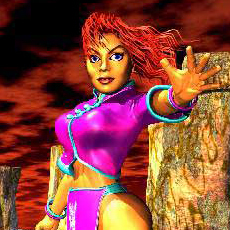 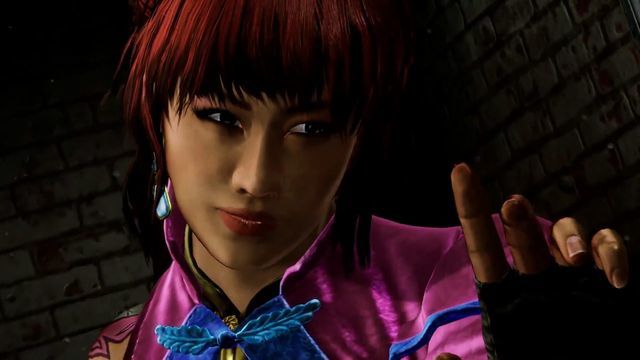 See what I mean?

This looks a whole lot different… 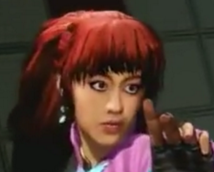 I might actually be the only one who likes her face. But I wouldn’t mind if they tweaked it a bit.

I don’t see what’s wrong with having Bruce Lee cosplaying as Kim Wu.

Same, what LCD suggested would be nice, but if it were to stay the same I wouldn’t lose any sleep over it

Frankly speaking with no disrespect intended, Kim is in my opinion the worst looking character in the game. Its not that they did a bad job with her, quite the opposite but she’s bland and uninteresting. All of the other characters were brought back and reimagined in some way but Kim, she’s generic as heck. I showed one of my friends who is eagerly waiting for the PC port and he was thoroughly unimpressed, it was kind of embarrassing to talk to him about as I’ve been talking up this game for months to him.

I liked her face so you’re not alone, and I still don’t understand where this “unanimous complaint” about her face is coming from. If you look at the Janet Jackson looking weirdness of yesteryear and compare it to how she looks now, it’s night and day, and I think she looks fantastic as she is now. The 90’s Kim to me just looks creepy as heck and looks terrible.

I don’t understand where this “She looks 30+” stuff is coming from either.

Really, I think it’s more or less the perception of it, in that a lot of people are upset she isn’t some anime eyed girl and that her facial structure and eyes are too realistic of the actual ethnic origin of the character. IG is nailing it with her design. There may be some rough polygons to smooth out and lighting fixes for her or something, but she looks great so far.

But yeah, LCD was pointing out that even though some (including myself) find her face to be fine, most majority of others just think it could use more polish/tweaking. It is exactly like that with TJ combo when he was first shown vs how he currently looks now due to feedback from the overall media.

Not saying that her face should be like a typical super pretty asian, but stuff like making small adjustments, lighting, renders etc.

Well you can’t please everyone, heck I feel the same way about TJ Combo.

True enough, though clearly the people who dislike her look do exist so there might just be something to it.

That is correct I not 100% happy with her face but I do think it’s okay. I’m just relaying feedback I’ve heard on multiple avenues. Their goal I’m sure was to make her actually look of Asian decent (goal accomplished) I just don’t think this is what people were expecting.

She does look great in game though since it mostly shows a side angle.

Agreed there, when she’s in-game and in motion she looks fine. Though the way her dragons are static and orbit her body looks really bad, they should be more dynamic and shift when you move like Spinal’s skulls.

Yeah I really think it’s a TJ situation as others have suggested. Her face needs s little touching up. That extra layer of finalizing and polish, I guess.

I think that the lighting was part of it. At times, on her level, the lighting didn’t seem to hit her right, give her a sort of rough, polagynal, almost flat appearance in her face. There wasn’t much in the way of detail or texture.

Again though, I think that this has more to do with her being a month to two months (almost) from full, polished completion.

I mean, we saw how washed out her victory pose was, right? I’d have to assume that her face is likely also on the “near final but not completely final” list as well.

I agree with LCD though about them nailing her ethnicity. Not sure I need them to doll her up or make her cuter, as I like her style and sort of rough around the edges dimeaner, so I don’t need her to look a certain way beyond looking like a 100% finished product when she ships.

Hate it. Nuff said, so much hype, such dissapointment

Hmm yeah, I kinda don’t blame ya about the redesign as I made a post about it a few days ago. With the characters I feel they were well thought out and yet. at the same time you can still tell who they are by their drastic change. With Kim I felt her current look feels rather safe as it’s inspired by her retro outfit (funny thing: I actually thought her overall look that was shown from the trailer WAS her Retro) Just personally feel that something needs a little more umf in her design that speaks ‘kick@$$ fashion student.’

TJ for instance does have a simplistic look (besides the rendering), but it works overall due to his glowing arms. his story, and basically who he is as a whole

I can get a Kim Wu concept in a day or 2 that looks 10x better…This was really dissapointing…who were they getting the concept from? She doesn’t look asian at all…she has a west coast attitude which I dont mind but man…I thought Orchid was bad…jeez…

Sry for bein so harsh, cuz i know its art…but not sry…just my opinion.

The only things about her I have any issue with are the following:

I dislike the fact that the dragons orbit around her, and hope they change this to be more like Spinal’s skull meter - orbiting around her and being a mix of blue and yellow, I feel they have the potential to mask or blend into her actual animations.

Her face looks fine, except there’s a puffiness to her cheeks during closeups that doesn’t seem to be there from further away. It’s a little odd to see, but maybe it’s lighting and angles that cause it?

Yes, it would look better if the dragons tightly orbited around her body. I also think the special effects overall should be scaled down a bit so that we can appreciate her stylish moves more.

Will say that it’s great you can tell her from Maya now and the Janet Jackson look is gone.

I think her face DESIGN is fine, but the problem is that it looks VERY poorly made. Jagos face looks MILES better than anything IG has put out. (as far as humans go.)