March 29th, and Killer Instinct Season 3, is nearly here! As we go through the home stretch, we wanted to give everyone the full rundown of pricing options for Season 3 when it drops.

This is very appreciative of you

, but there seems to be an issue of the page. It said that it cannot be found!

That’s because I moved the thread too soon! 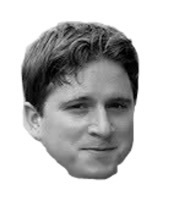 That’s a hella good deal for PC owners. Though, since the game is cross-buy why would anyone buy the xbone version of the supreme edition? (unless crossbuy doesn’t work both ways?)

Also is that a frost giant tusk Oo

LOL blue Tusk. Why blue? Avatar? Frost giant?
If this means Tusk’s colors are variations of his skin tone, this means we may get a bronzed retro Tusk

25 characters with the supreme edition? Is that a typo, or can new players still not buy Shadow Jago?

Why arent the classic games included with the bundles? was there a problem porting them to the pc?

Thanks for the news. The new colors are, in a word, great

Edit: Name of this color: Surf and Turf

So, just so I’m sure, we’re not able to preorder the $49.99 Supreme Edition on PC yet, but we’ll be able to purchase it Day One with no repercussions for not preordering, correct?

Correct. The bonus KI gold will not be disappearing on the 29th.

Perfect. Thanks for the heads up - the wording was a little confusing in the FAQ on the post about the pricing options. Nevertheless, I appreciate it!

Cool. I’ll admit I was a little shaky on the value of the ultra pack this time around, but retro color 7’s for season 3, permanent double XP and 18K KI Gold seems like a better deal money-wise than seasons one and two.

Really curious what we can spend that gold on, since all of my characters are at lvl 50. Really hoping it’s something awesome!

thats an amazing deal i kinda wishi was buying ki now for the first time. @rukizzel do you guys have plans to get ign , gamespot etc to re-review ki season 3 pls?

Wait so where is the preorder incentive? The extra gold isn’t an incentive at all? It isn’t a preorder bonus?

if thats the case do people like me who have already preordered get anything for having preordered??

It is a preorder incentive. But not turning off the second we flip the switch. I need to double check on the exact timing, but I do know launch day will still offer 18k

$50 on Win10 for all 3 ultra editions is an absolutely insane value. I have no idea how they can even begin to offer that. It’s only $10 more than S3 ultra by itself. Even $60 for the Xbox version (which gets you KI1 and KI2 if you care about that) is still a steal.

Is your purchase on Win10 cross-buy with the Xbox version? We know that what you buy on Xbox goes to Win10, is it true vice versa as well?

Now for the bad news:

It’s inexplicable to me that you guys aren’t offering Shadow Jago at launch. Not in a pack, not for individual sale, not even on a timed exclusive… just nothing. I don’t get it. Can you guys release a statement about it or something? As it stands I think tournaments must ban him from play.