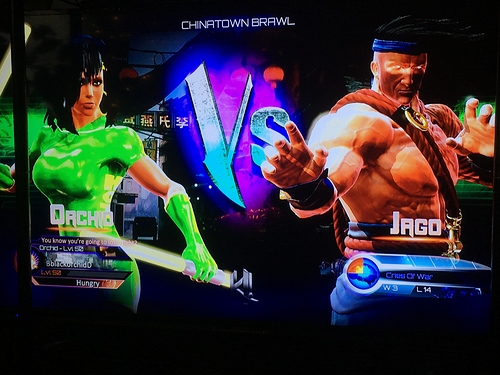 I know it’s a glitch but he’s soooo dreamy please IG let us have a monk style Jago costume before the mask outfit!

LOL The bug is back! XD

Faceless Jago must be a thing!

I really want the last air bender monk style costume. That would be so amazing

DON’T FORGET ABOUT CINDER’S MASKLESS TOO

But his face is maskless during instinct… I think Cinder needs to go see a dentist stat

When a character wears a mask permanently (or is supposed to), the character modeller don’t need a reason to make the face look correct other than the parts that’s exposed.

I wouldn’t mind a maskless option for Jago, but then they need to correct his face first.

Lol. We know that. we are just teasing.

No no, I know, I just wanted to be informative to those who didn’t know. ^^

Ok. I do have a question for you. If Jago were to get a maskless form, how would he look like? Or like who?

I dunno. That’s up to the devs to decide. As long it is in the same facial attribute as Orchid. And what I mean by this is that Orchid doesn’t look overly Asian, though she is half-Tibetan, so Jago shouldn’t look overly Asian either. They should still appear to be siblings, after all.

Similar to how Maya and Mira look? Interesting. I can see that.

Well, it’s a bit different, as Maya and Mira are twins and both female. However, siblings usually have facial traits that are alike, yeah.

Well they have bald heads in the back so there you go- twins.

I still haven’t noticed that. I forgot to check. Do you have a screenshot of it?