Any future Guest Character related will be merged into this thread.

It’s been confirmed that other Cameo characters will join KI so lets have a discussion on which characters you guys think will be in Season 3. Not sure if they already have the characters they want in mind or still looking to find the right ones but just in case try to convince them why your character should be in the game.

2 Likes
I want as many guest characters as possible
Why is everyone against guest characters?
Why I think Guest Characters are a bad idea
Are you afraid that GUESTS CHARACTERS might take away returning/new characters' slots?
What if: Other guest characters
Why so much hate towards guest characters?
No more guests taking up S3 slots, game is sullied enough
Please let the cameos be temporary!
IINemesis94II August 13, 2015, 8:56pm #2

Probably arbiter from halo or something MS owned atleast

Playing RereReplay made me think about Kameo as an interesting character as she transforms into beasts to have unique abilities.

And my preference would be to have more characters from Rare even when some MS characters would fit.

Joanna Dark or the Arbiter from Halo. Can’t really see many other characters being cool enough to make the cut.

Am not really familiar with Kameo but hear she has element powers. I wouldn’t mind to see her in the game if she was straight up out of Avatar. I think the best personification of a bender in a video game is Tremor from MKX. His animations for all of his moves are definitely inspired by Avatar.

Not sure if IG has the animation chops to pull it off though, those tremor animations are beautiful representations of an earth bender.

I think there are plenty of characters they can throw in. Gears 2 boss Skurge would be amazing. Jack of Blades from Fable would also be nice. Also, not sure if anyone realizes but MS has another fighting game IP that was largely inspired by Tekken, why can’t they bring any of them here. Also Otogi’s main character Raikoh, seems like a perfect fit for the KI universe since he was kind of a monster hunter. They can also add Recore girl, or Scalebound guy.

If any of you guys have no inspiration try looking at the Microsoft Studios IP list. It’s not complete but they have a ton of stuff to pull from. https://en.wikipedia.org/wiki/Microsoft_Studios

Those have been the few I could think of as well that would work well.

My friend was playing DMC4 and I thought Dante would make a really cool guest. Doubtful to happen but I thought the same for a Battletoad before haha.

Personally Joanna Dark for me. After playing Rare Replay, I interested to see how she plays.
As long as she doesn’t have those spammy long range weapons gun characters are plagued of having.

Yeah, I take that back Jack of Blades would be freaking fantastic. Even better than Rash… Hell, Scythe would be worthy of KI treatment too. 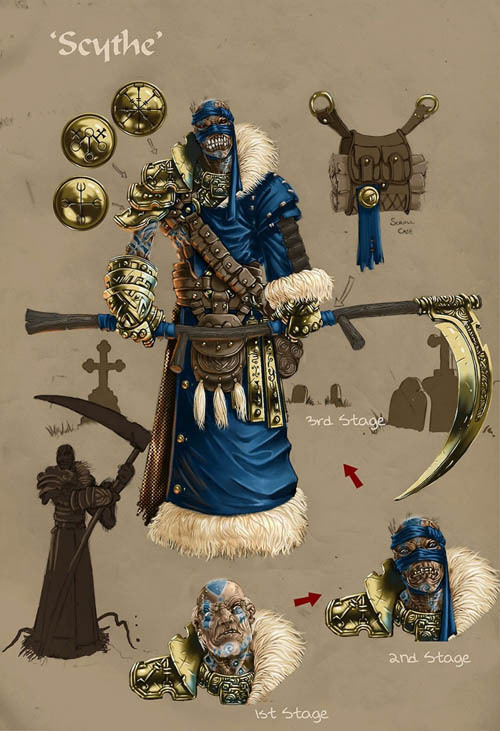 Seconding another vote for Thel (Halo’s current Arbiter). I know a lot of people would probably say they should put the Chief in instead, but KI has so many fantastic creatures that I feel like a Sangheili would fit right in with the diverse roster… and plus, a Spartan already had their chance with a fighting game cameo. So yeah. Give us another neat alien character please!!

They can also add Shu from Blue Dragon but as a teen. I would give anything if his personality and artstyle resembled anything out of Gurren Lagan. 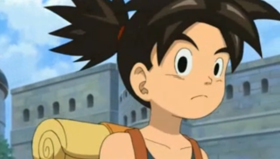 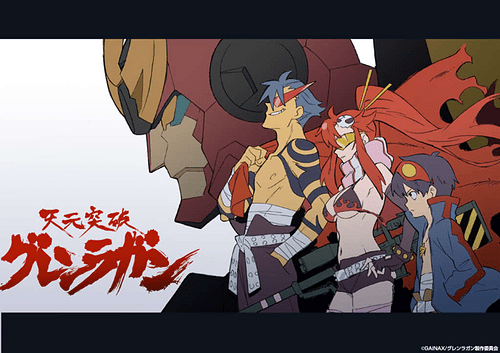 Joanna dark would have been thr sensible choice… if you ask me.

She lives in the Ki universe, shes a spy, she had tech, shoots, hand to hand combat and shes an icon.

Iove rash but hes a bit cartoon for me

I chose Edgar because as Phantom Dust is a card based action game, Edgar has a huge potential for unique abilities/attacks with his own personal Arsenal (Card Deck) being used during fights. Gives him a possibility to have plenty of specials, yet the specials are limited per hand.

Baird from Gears of War

Instead of having another brutish character like RAAM and Skorge, why not have a gadget/tool based character? Baird can build things on the fly, use JACK as a part of his combos, plenty of grenades to sift through and use (Bolo, Smoke, Ink etc.).

Pretty straighforward. Sword/Magic-based character. But with Tusk he might be worthless to put in. :c

Those are my picks!

Agree on Edgar mostly because Adam Isgreen also refers to Phantom Dust as a fighting game. Would be a good way to give people hope that Phantom Dust isn’t dead.

The only Gears of War character I’d accept would be Carmine, honestly I’m not a huge fan of that series.

It’s probably a long shot, and she probably wouldn’t fit into KI, but…watching it recently, I’d kind of like to see Ruby Rose from RWBY.

For the unaware, her weapon is a scythe that actually turns into a sniping rifle, which sounds like CRAZY FUN to play in KI. Plus, Achievement Hunter/Rooster Teeth is pretty heavily connected to Xbox and Microsoft, so I don’t think it’d be something like, say, shoving Naruto or any other anime character into KI.

As for game related Rare characters, I’d love to see Kameo like RicoSabroso mentioned, and if IG finds a way to make Conker or Banjo and Kazooie to fit in, I want them in ASAP. I like Joanna, but I feel like she’s a bit too generic, and kind of fits Orchid’s aesthetic as a secret agent already. Maybe one of the characters in Jet Force Gemini?

For game characters in general, I’d like to keep it fighting games. But I think the closest shot we have of that is someone from Mortal Kombat. Scorpion is the easy choice, but maybe Raiden? If it’s primarily characters that debuted in MKX, I think Takeda or Jacqui would be neat to see. But I wouldn’t be opposed to a Halo character; this IS Microsoft. Arbiter or Chief do deserve some recognition. I don’t think they’d fit in personally, but IG did an amazing job with Rash, so I’m sure anybody could fit in!

Fable has a seriously good cast of characters that could fit well, if I had a choice I’d love to see Garth or Briar Rose.

Mmh I’m not sure how much I agree on that. I think the only overt similarities are the fact that they both have two fingers and two thumbs on each hand, and their thick curving necks. On the other hand, Sangheili have vastly different posture and anatomy–and if you take into take into consideration how ornate and unique the Arbiter’s armor is, you are going to have two vastly different looking characters by the end.

personally believe they should stick with Rare games and Kameo I think fits KI the best. Not only does she fit in with the tropes being a Fairy, but her Kameo 2 design was amazing. I also think she would have a very interesting fighting style using her Kameos plus having wings.

If not Kameo, Joanna Dark.