Fighting against eyedol is just annoying in the few games I’ve had against him. His head change thing happens way too much, and half the match in my experience is literally just waiting through head changes. Not only that, he feels like just a more annoying glacius. I don’t really feel like I am fighting a new character or something unique. I feel like I am going against an over hyped glacius. At this point I’m probably just going to skip any eyedol matches I get.

So learn how to counter him, I’d wait for a week or two and look at people’s videos on how to handle him. I’ve already been destroyed while trying to use eyedols Mage stance at far away like I would glacius.

It’s been 24 hours since his release…

I fail to see how fighting either of Eyedol’s stances is anything like fighting Glacius.

Exaggeration of the century right there.

I wouldn’t mind it if his head change was either quicker or didn’t have the camera change quite so much to focus in on it. But other than that admittedly small issue, I think he’s an awesome character design. One of the best in the series (early impression, obviously).

Like fighting an overhyped Glacius? I don’t know where you’re coming from on that, OP. I mean sure, his Mage stance utilizes distance more, but neither stance plays anything like Glacius to me.

I think he’s unique and my love of stance characters is only enhanced so far by having him in the game. Can’t wait to play him more and really form a more informed opinion. As of now though, thumbs up from me.

The head-swaps might be a little jarring at first but its totally a necessary mechanic for the character, having the heads swap in real time would mess Eyedol players up pretty bad I think. It doesn’t really happen all that often so honestly it doesn’t bug me, though I can understand why it might to others. I mean some folks flipped out because the level 4 enders slowed down the game, seems now that most people I see playing are still using them.

What I find annoying from Eyedol is his zoning, those high low mixes with teleports. I can’t counter those, I get hit hundreds of times.

Also his specials clutter the screen too much, I don’t like when the screen is all but lightning and fireballs, I think they went too far with it.

I have no problem with the head swaps.

The combined VFX are a lot to take in but that’s kinda what I like about it. lol

i have a feeling that his jumping hp in berserker stance at some point gets nerfed due to complaints - man that thing is crazy good (so many active frames, always + on block even when pressed on the way up and always a juggle combo afterwards that hurts) and hard to AA without a DP.

Keep in mind, that its only a feeling but in the future there will be complaints.

I don’t like when the screen is all but lightning and fireballs, I think they went too far with it.

The main thing I wanted to confirm about Eyedol. He looks great and probably plays great, but I really wanted to know if it was another character that would control the entire screen. Seems like his mage stance does that.

They have to be really careful with giving characters like Eyedol this type of jump HP. Only really Aganos has a move like this, and that’s because his offense is fairly linear otherwise and he has hosts of defensive problems. Warrior stance Eyedol has a meterless 3f reversal in addition to tons of crazy rushdown tools, so for him to have an overhead attack like this seems not really in line with how they handled, say, Shadow Jago.

So yes, I can see them maybe rethinking this move a bit.

J.HP is literally Godlike, and after jumping he can attack really fast. Does his jump has little recovery frames? He won’t stop spamming j.hp (ps. I don’t have invencible dp)

Warrior has he fastest jump in the game

J.HP is literally Godlike, and after jumping he can attack really fast. Does his jump has little recovery frames? He won’t stop spamming j.hp (ps. I don’t have invencible dp)

Thanks for that tip. I forget alot of times about the jump HP. I think Riptor is the only other character that can turn jump HP into a combo easier. 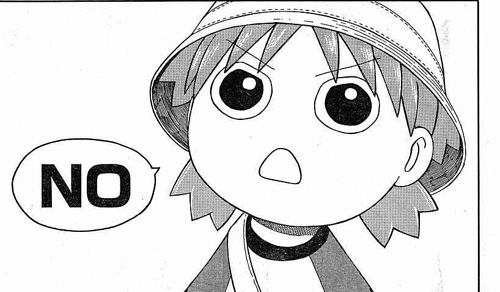 Seriously, You can use Jago, Orchid, Fulgore, Tusk or ARIA’s