the killer instinct announcer is an AI from ultra tech.

that being said I agree that MK announcers from the early game were cool.

KI announcer was more of an undertone of how advanced ultra tech was in their tech. the whole “s.c.r.e.w human announcers” was a way to set a tone where humanity in that time line didn’t need people for mundane tasks.

The story never officially said as much but the announcer of KI1 and KI2 set a theme of a corporation ran AI being somewhat of an overlord in many ways.

What’s going on with Mike? Why are you worried about him not returning?

Because he was with Double Helix. He didn’t come back to do voice work for season 2 and he almost assuredly won’t for season 3.

I don’t think we know who it was, but if you really listen you can tell it was a different person.

getting down to the nitty is that mike is now believed to be working for Amazons gaming division since Amazon bought double helix and mike was apart of that acquisition.

Really glad to see him back and recording lines for s3! Surely it’s for character names and such. I switch back and forth between the two pretty consistently (never used ARIA more than twice. Would still like to see a Female announcer, that isn’t tied to a character). I like them both for different reasons. But yea. Good news!

Yeah, i found this video and it really sounds a bit different. If I could bet, I’d bet they are bringing the same guy who did the other season 2 characters to season 3 characters. He did Rash already.

He did Rash already.

[quote=“BigBadAndy, post:13, topic:5384”]
Not to dismiss any of this, but sometimes I think people might agonize a little too much over the inflections etc.
[/quote] Maybe so, but like I said, when you’re used to hearing something over & over & over those little things stick out…just like how when you hear a song over & over, & when you get to that band’s concert they stretch a note out too long.

he killer instinct announcer is an AI from ultra tech.

not really, in fact it’s explained in the rare replay developer interview videos.

Chris Sutherland was coming off his role as Battletoads announcer and it was only logical that he reprised it for old KI.

So rather than making him “sound like an Ultratech AI” it was simply a case of “the Battletoads announcer is now in yet another rareware game.”

I’ll be sad if they get rid of Mike completely. I’ve never once switched off him - I consider his combo call outs and “ULTRAAAAA!!!” scream far superior to the other announcers.

Is Mike the default? I’ve never changed mine.

Yeah, Mike is the default announcer. Chris is the “classic” one, and obviously ARIA is ARIA.

Note to Self: Switch Announcer back to “Mike” for the time being.

Because he stopped doing announcing after Season 1 when he left with Double Helix and Season 2 was some wizadry voice acting by someone we don’t know. I remember for a short while TJ combo sounded way different when the announcer said it. Not sure if he is contracted for Season 3.

Right now there is left over announcer stuff from Mke’s season 1 work and a new guy who did season 2 characters. It explains why no announcer says “Flip Out” they don’t have Mike to say it.

Chris is the Retro announcer from the original games. He is here to record the new character names probably. The fact that they are just now recording confirms the game isn’t complete until the end of the month.

Where did you find that out?

I think it was said in the forums a while ago. I tried to find a source but googling “zach quarles season 2 announcer” only brings up an old post of mine claiming the same. 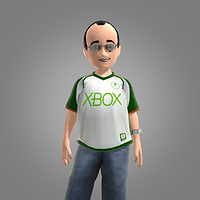 yes, there's a fourth one, Zach Quarles. Since Mike Willette worked for Double Helix, he was unavailable to do the voice over for the new Season 2 characters (i.e. shouting their names in the character select screen) Then Zach Quarles took over...

Well, Why don’t we ask him? @SasquatchPotato, do you have any input on this? Or is it something we should wait for? Just wondering as the Announcer is a very important part of KI, and you are the Audio Director!

I only use Classic Announcer anyway yassssss