The alien being called Glacius hails from a distant planetary system where he serves as a galactic marshal, hunting down lifeforms that have violated any of the “88 Decrees” of the Alliance of Worlds.

Quite the change from the original story, but this is really good

okay, so a common trend for s3 changes seems to be projectiles for those that have them so far…interesting

So IG are planning on ways to make Hail even more annoying.

Interesting. I’m more intrigued by the “hail improvement” over the story though.

So far, both characters that have a projectile are “working on improving” the technique… wonder if that means we’ll have a character that counters/removes projectiles or something related to projectiles…

So… Glacius will get to play “Portal” with varying strengths of an input to mix up his Hails?
I’m betting it’s an overhaul of how it works now and gives him some mix-ups, ie, he can form or teleport a Hail behind the opponent and Ice Lance them into block stun to take the hit. Or throw a teleporting Hail to catch a jump that’s avoiding a Shatter.

Also, retro-Glacius is the criminal!

Still, a cool enough backstory (sorry, another pun). Weird that his name is Glacius even though he is not inherently icy - that being an adaptation to his crash site. But I think this is great as a back story.

This suggests the ancient alien whose ship supposedly burned up in the atmosphere could turn up alive at some point.

I’m a bit perplexed by what they would do with his Hail though. I’ll have to think about it some more.

It looked good on sleet.

OOoooh boy. Lots of stuff to chew on in this one. Glacius’ race seems to have been changed pretty heavily, from beings that have always been ice-based to something far more adaptable. I will always like the concept of ice aliens, but the ability to bend molecular structures to their will is a really creative and interesting change that opens up more possibilities and makes him more formidable, which I am all for! Glacius himself has remained an upright, capable, and resolute being, which I am really glad to see.

I also like these brief glimpses into his species’ culture and technology. Any chance they might be elaborated on soon? For example, will we ever learn what exactly the “88 Decrees” entails? To me it sounds like a code of law and I would looove to get more information on that. The same goes for the ancient battle; will we ever learn who the criminal that fled was? It seems that the backstory with his ancestor visiting the planet in the ancient past has been removed–which I suppose makes sense for this reboot-- and replaced with this bit of history instead. I would love to learn more about it!

I also really like how his technology has been woven into the story. So I’m guessing that his fold core was what ARIA left for Kan-Ra to build into his Siphon, to trick him into cracking open Gargos’ realm? The plot thickens. Here’s to hoping he can get things under control in Season 3!

Chill out man, I didn’t think the pun was THAT bad.

I was hoping for a rivalry between Glacius & Cinder too!

I’d be willing to bet that the “criminal who escaped” was Gargos, or someone who followed Gargos, and he was pushed into the separate realm when the ship crashed and exploded. That would explain how the Tiger Monks knew about Gargos (the order was founded to worship him, in the belief that he was benevolent; though he might have been benevolent at the time [has anyone read a series called Secrets of the Immortal Nicholas Flamel? Mars/Ares was good, then turned bad], then Gargos fled instead of trying to fight the entire order).

IMO, this is the best story setup thus far.

Glacius is an intergalactic sheriff? Now that seems very noble indeed and is perfectly suited to the character’s perceived personality.

The 88 Decrees makes me think of 2 things. First, 88 is a staple in fiction, such as 88mph from Back to the Future (which is great because we finally just got to the future last week ;P) or The Crazy 88 from Kill Bill - it’s a very popular number. I also like that they use the word “decrees” because it almost sounds like degrees, which is perfect for someone who has to deal with temperature (since his shell is basically made of ice).

Not trying to sound cold, but with everything that’s going on (being ambushed, the crashing of his ship, the theft of the core, being duped into the tournament, etc.), I kind of feel like Glacius is a very incompetent law-man. Been a lot of those around lately, so I guess he fits right in…

Nice touch on the adaptive technology. Guessing that’s how Cinder was made in to what he is now. As for the fold core, that also seems like a good tie in with ARIA and Kan Ra and the portal opened to where Gargos is at. Though to be honest, I’d have to watch that part again and make sure I can recall how Kan Ra was able to pull that off.

Either way, it’s a great way of integrating a season one character in to season two’s story. Well done!

As for a change to his hail, I was kinda hoping for a new move or something that would give him more to combo with from distance. Also hoped he’d get a more interesting instinct. Doesn’t overly look as though any of those will happen, but I’m still definitely intrigued.

Wonder if they’d somehow give him a different kind of hail that allowed him to begin a combo from distance? Maybe this can only be done in instinct? I kinda doubt it, but I guess we’ll see!

I think the space criminal is the notorious Baby Fark Mcgee-zax. 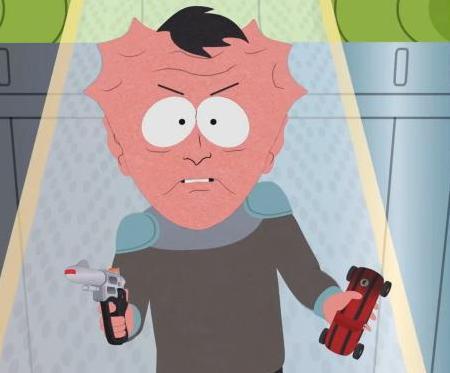 But Glacius will never catch him, see!

Space Cash? No. There wasn’t any Space Cash. 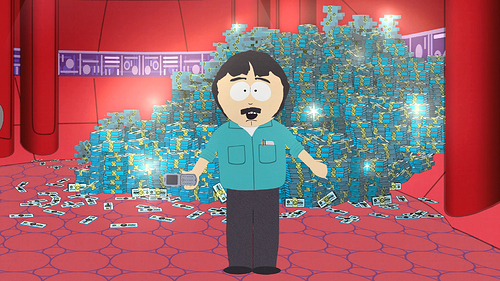 “Not trying to sound cold, but with everything that’s going on (being
ambushed, the crashing of his ship, the theft of the core, being duped
into the tournament, etc.), I kind of feel like Glacius is a very
incompetent law-man. Been a lot of those around lately, so I guess he
fits right in…”

I really don’t think so at all. He had out-of-date or possibly even bad intel on the weapons capabilities of the planet and thus wasn’t prepared for the attack that lead to his crash-landing. I also don’t really see how you can fault him for needing to take time to recover after such a serious accident, as that was the only reason he wasn’t able to stop the theft from his ship. I think it’s pretty damn cool that he was able to stitch himself back together and get right back on their trail, personally; that doesn’t seem “incompetent” to me, that seems downright devoted to his duty, willing to put aside his own hardships to keep serving his people.

As for being duped into the tournament, the story literally said that he knew he was being set up for an unknown purpose and played along anyways because he felt he could take on whatever was in his way. And guess what? He was right. He fought through the competitors and reached Sadira, who had his fold core. It’s just that the mission didn’t end with her. But he didn’t decide to give up or cut his losses; no, he vowed to keep going because things were escalating and he knew there would be serious consequences for the galaxy if he didn’t.

It sounds to me like you think being the marshal of an entire galaxy is easy, lol. Regardless of if you’re looking at his backstory in KI1 and KI2 or this new reboot, Glacius goes through a lot of hardships and keeps on trucking. That doesn’t spell incompetence to me.

Nice story, if I remember correctly Aria’s tech is based on that of a spaceship which crashed in the 50s, which would line up with the criminal’s ship being downed in Earth’s atmosphere.