A KI survey for funsies

So here are some totally random KI related questions just for the heck of it.

How many more characters would you like to see added to KI in Season 4?

Should MS/IG add stages for Mira and Eyedol in season 4? 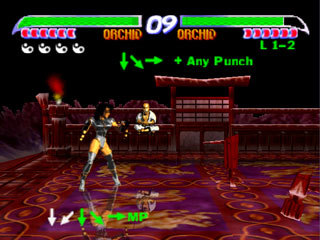 Hey, remember the trainer from KI Gold? Would you like to see the master / sage get reimagined by MS/IG for Season 4?

Would you like to see MS / IG add another gameplay mechanic to the game for Season 4 ala recapture (season 2) and flipouts and staggers (season 3)?

A whole season in the can, what do you think of that purple shadow move now?

Should KI continue in it’s current iteration after season 4?

Is the KI scene really dying?

Should KI get a playable hidden character?

Would you like to see MS/IG add a brand new mode to KI for season 4?

Do you think that there are any characters from seasons 1 through 3 that need an overhaul?

Where do you see the overall balance of the game right now?

What kind of stuff would you like to see in a season 4 ultra pack? (Select up to three)

What other options besides what was listed in the survey sound good for a bonus character?

Which would you like to see added to Season 4 the most:

What type of “stage relighting” level project would you like to see MS/IG undertake for season 4?

How would you like to see Season 4’s story presented?

To be honestly, I really want to see Shark man join KI Season 4 than another guest character… I’m pretty sure Shark man will be grappler.

Playing for personal stats adds a lot to the game, and sucks when the leaderboards are broken.

Man… Not many fans of the master / sage type of character for KI. That’s kinda surprising to me, as I’ve always enjoyed those types in other fighters. Characters like Shun Di in Virtua Fighter, Wang Jinrei in Tekken, Gen Fu in DOA, Shang Tsung in the original MK, Gen in Street Fighter, etc. Whether their evil, or an enlightened guide type, I always tend to enjoy them, especially the ones that bring unique gameplay elements with them.

Guess I’m in the minority though, at least for now.

Only reason I don’t want him in is because I’m pretty sure he is now the dragon spirit in kims nunchucks if I’m not mistaken.

I would like to see gameplay bugs fixed, there are too many at the moment and some make competitive play impossible, hence the dropping numbers of players. KI cannot be taken seriously in it’s current state with all the game breaking and balance disrupting bugs it has.

I would also like to see basic online features that most fighting games have, for example: Connection strength, frame delay marker, region filters, actual matchmaking filters (not by rank only) etc.

Aside from these 2 things I don’t really care about the other cosmetic stuff, I care about competitive play.

Only reason I don’t want him in is because I’m pretty sure he is now the dragon spirit in kims nunchucks if I’m not mistaken.

Really? Where did they say that?

In the novella Kim’s chapter.

Chapter 1: The Road to Ravensburg Chapter 2: The Watchman Awakes Chapter 3 Dragon’s Choice There were mandarin oranges everywhere: bouncing down the steps of the Dragon’s Gate; rolling onto Grant Street and under cars…an explosion of little dancing...

I’m not fond of human characters. I’m more in the monsters trope.

The only “human” characters I like to play are Kim, Tusk and Thunder. And I’m sure I would be using Mira if she would be a horrendous monster.

I simply prefer any monster over humans.
Lovecraftian, Djin, Wendigo, aquaric creature, another alien or cyborg, zombie, an bestial monster, minotaur, demons… any of these (and more) over any human

Just my preference tho

Cyber Gorilla. The size of Aganos. Does 100% damage using both stocks of meter and all of instinct in one exaggerated command grab.

I call it… Harambe’s Revenge.

In the novella Kim’s chapter.

Hmm… Interesting. I see why you’d think that was him. Does it have to be him though? I mean, we never got the character’s name in KI Gold, did we? I mean, if IG said “that’s the guy” then I definitely stand corrected. I think you’re probably right actually, though after reading it, I still wonder if there’s enough leeway to create this character as his own separate thing regardless of whether he’s the dragon spirit or not. 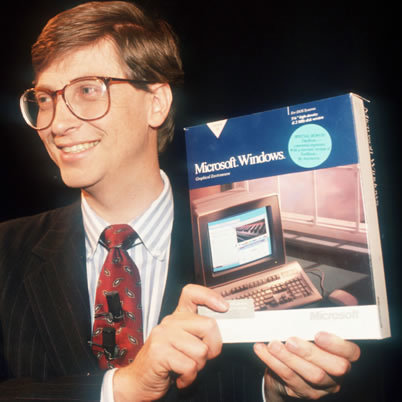 Whaaaaaaaaaaaaaaaat?? I don’t know what you’re talking about, but could I interest you in a Windows?

When it comes to what I want most in season 4, I don’t really want any of the stuff listed. I just like game modes and characters, I don’t care about ultimates or stages.

I would have figured those types of characters would be one of the more popular choices given how they’ve been around a long time in fighters.

I would like Maya to get ajusted…liked her before the change, not so much after…

Also, I want a Jafar costume for Kan-Ra

When it comes to what I want most in season 4, I don’t really want any of the stuff listed. I just like game modes and characters, I don’t care about ultimates or stages.

Yeah that was just a random smattering of questions that all came off the top of my head. I was trying to think of a way to ask what type of game modes people wanted to see added in season 4, but couldn’t really find a way to fit it in to a survey question without screwing up the results.

I’m not really big on ultimates either, though I hope the people that want them get what they want.

Also, I want a Jafar costume for Kan-Ra

Kelvin would be sick. And Ultimates are extremely welcome.

I like the shark-man + the other ideas listed , but it’d be a shame to make a character like that as an alt for an existing character - as you’re not really using the idea to it’s potential (e.g. TJ Shark-man won’t really be much of a shark-man.)

The main thing I want is for KI to continue whether as season 4 or a sequel - I’m happy either way.
Ultimates for all characters is probably my most wanted feature.