I have some doubts about the method of purchase of the guards, I had 100,000 astral gems, and I spent all in duplication … this is because the purchase is at random. It would be nicer a real market where you know what you buy and how much it costs. Luckily I did not spend KI gold, or I would have lost them unnecessarily. Alternatively you need to greatly increase the prize astral gems. it is frustrating not to have never enough gems for extraordinary packages.

Yo calling it now Shadow Ultra’s…

I noticed some drawings in Versus are ugly. Orchid is too large, Mira needs softness and some bevel. ARIA is perfect … if I could do, I would like to arrange them.

and videos sometimes show the pixels … I think you need to take care of most of KI graphics, some things are done badly and quickly.

Shadow Skins/Costumes?
That makes sense to me. Here’s hoping.

I like where the survey was going - Personally though, I’m realizing my ‘issue’ with current KI is the loops and resets. Given some characters have far far more potential with resets (Read: characters with flipouts) I almost wish there was something along the lines of a secondary KV Meter. As in, after so many loops/ambiguous mixups the overall damage output of successive combos without interruption decline in damage output.
Just thoughts from a slightly above average Spinal main.

Shadows? Shadows are purple. Mimics are green. Purple skins for everyone? Purple lifebars? Purple instinct bars? Purple shadows(the black ones)? Why are the forums not purple and green?

Let’s get shadow skins like S1 Shadow Jago. I don’t want full characters, just some visual jazz that I can also add accessories too. Shadow Cinder or KanRa would be dope.

Ha! I see what you did there with that Watcher Guardian! I totally thought that the Watcher would’ve been the owl-like Guardian. 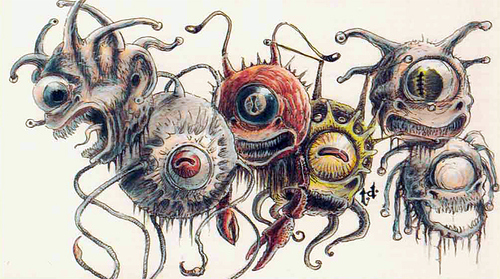 I couldn’t tell, but I thought it was a squid-like guardian. If it looks like a beholder, couldn’t they be sued by Wizards of the Coast (the creators of Dungeons & Dragons) for copyright infringement? That’s a creature that they exclusively own. Any likeness to it could cause a lot of trouble.

It’s weird. I don’t know how we ended up with Shadow Meter, Shadow Lab, Shadow Lords, and Shadows, but we did. Shadows are big part of what KI is now. So do you really think we would stop there? What else do Shadows really need? You’d almost think that they would need something visual. Something punchy that makes them stick out. After all, they’re certainly at least as important as Mimics, aren’t they?

This has me very intrigued. It’d be really cool if characters all got shadow skins, but I’m not really sure that’s what this is getting at. Would these be unlockable through Shadows mode or will this be more content for SL? I’m assuming the latter. Either way, count me in. Maybe ease up on the “beat 100 Wulf mimics” requirements though.

As for finding the Eyedol content, I really hope that just comes from naturally playing SL and it’s not, I dunno, beating Gargos on Godlike or something else that I’d have zero chance of doing. But yeah, if Eyedol’s story is a reward for playing SL, then I’m ALL about that! The more stuff you can get in SL, the better.

Also love those SL stats. For a game in a genre that tends to skew multiplayer, having a single player-centric / style of mode do this well seems pretty awesome! Glad I’m not the only one that loves a good single player mode.

Oh and if Watcher allows me to break blocks, then that’s my new guardian of choice, no doubt.

I have to be honest, I’m a bit shocked that this stuff is coming so soon. My guess would’ve been December at the earliest, but I’m not complaining! I don’t mean to jump in to greed mode, but if Eyedol stuff comes in November, I wonder if that means they’ll announce anything season 4 related at KIWC? Greedy, I know. I’m ashamed to even bring it up.

I hope they do more holiday-related stuff. A Composite Santa Eyedol (half Santa half Frosty) would be epic, as would a retro Spinal color that made him look like he was made out of candy canes. Also a ginger-bread colored Kan-ra with a white sand effect to make it look like sugar.

I absolutely love these ideas! They’re all fantastic. I’d love some Halloween items, but I’m guessing that ship has sailed this year.

While I’d personally like to see a squiddy creature in KI in the future (outside of Spinal’s stage!), I’m assuming that the Watcher Guardian is a riff on the classic D&D monster, like how the protagonist from Spelunky was clearly inspired by some movie about an archeologist who dislikes snakes, or how Nintendo shouldn’t be worried about being sued by Disney for featuring a “beam sword” as a weapon in their Smash Bros. series. It’s all good! 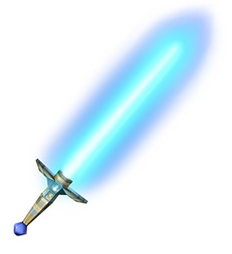 (Lightsaber? What lightsaber? This is a Beam Sword!)

Light saber’s don’t have a guard. So yes they can’t really sue Smash bros for that.

I don’t mean to be a downer, as all of this new stuff sounds awesome, no doubt, but with all of the new content that’s being worked on, has there been any talk about polishing some of the existing stuff like how IG undertook that massive stage relighting in season 3? Could the same be done to polish up some of the characters faces, hair, retros, clothing textures and perhaps some animations that could use some love?

I’m not saying that every character needs a huge once over and I really don’t want to sound negative at all. Totally not my intention here, I swear. Some characters might need more, some less. Anyways, I won’t harp on it. Just wanted to throw it out there since we’re looking forward to what’s coming up. I thought this would be a really cool thing to see for (a potential) season 4 project given how well the stage relighting went and I hope MS/IG will consider it.

Either way, in the meantime, I can’t wait to see what you guys have in store in November!

*raging about Hanzo in comp

How tall are you?

Perfect. Of course I can arrange for a cremation. Or would you rather jewelry?

is glue an option?

Glue? No. I don’t think having someone sniff you is a good idea. Or you can be part of someone’s macaroni presentation.

They’re going to make Shadow Moves not look budget? Liked it how it was before with Season 1 and 2.