Will Shadow Jago be available again?

Hello everyone, I was playing Killer Instinct and my friend was facing me and he was using shadow Jago. He mopped the floor with me but, He didn’t tell me how to get him. So I searched up and saw that He was 20$ at one point, and this was before I downloaded killer instinct,and now he’s unavailable. I’m kinda mad a little and saddened because Ive been wanting to get a hold of shadow jago so bad, but I’ve seen day ine xbox cards being 80$ on Amazon and eBay, I’m not that rich people. But honestly, Will Shadow jago be in the stores again like before? Thanks for reading.-Stratis307 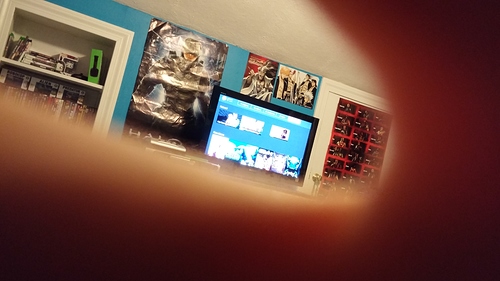 Yeah he will but not for a while since the 2nd shadow jago fund just ended.

Oh okay,thanks I really appreciate it

You can no longer purchase him in the Store. Not sure when that will be available again.
But you can get a Xbox live 1 year card with Shago bonus…on sale now at xbox

@stratis307 I’m in the boat as you, I really want Shadow Jago and hope he goes back on sale in the store soon.

Get the Xbox live card and he is free…right now

It’s not available on the UK store.

You can find at other stores like toys r Us or target… just google it and you will find someone with one. My local toys R us has about 6 and I got mine from target online.

Did you try Xbox website or the console store?

I tried the Microsoft store website, they had them on the U.S store but not the U.K store.
I’ll try toy r us and thanks for the help :)slightly_smiling:

Do you have target in the UK? Have you tried amazon or Ebay?

We don’t have Target in the UK, I’ve tried eBay and Amazon too with no luck…I’ll keep looking though, Shadow Jago looks awesome.

Ill look around and see for you.Are you willing to pay shipping from US or UK based shipping only?

@stratis307 so have you gotten shadow jago? If not maybe I can help.

Yeah I’m willing to pay for shipping, will the U.S code work on my UK account?
Thanks

No I haven’t got him yet, any help would be appreciated

yes, I dont see why not, a MS code is a MS code no matter were you are. Right @rukizzel?
Shadow Jago XBL day one code if purchased from America will work in UK?

@DrunkenRazor LOL…well that was fast! 1st search and 1st ad to click on! Here you go!!!

Why do you think its the other way around?

What we think about is: most people are already on Gold or will never care about it (especially pc players).
The fact is: The ONLY WAY to get Shago is to buy a xbox 1 year card= 60$= 60$ for a character?

Do you really think it worth for most peeps who have already gold, or PC players?
I don’t think so, so i’ll pass for this bul****, even if it’s for Shago.