Who do you think is or should be Killer Instinct Mascot

I think fulgore should be he been here since KI 1 he’s memorable and can’t compare to the other fighting game mascots like you can with Jago. But what do you think?

I don’t think KI has any particular one as a mascot, but traditionally pretty much all of the season 1 cast has traditionally been seen as the standard go-to KI characters…particularly Spinal, Orchid, Jago, and Fulgore

Fulgore he is for KI as Scorpion is for MK and Ryu for SF. Without any of these guys, their respective franchise wouldn’t have much.

As far as I can remember, most of KI1’s marketing heavily featured Jago & Fulgore, but on the arcade cabinet Spinal was featured. In KI2, what I remember seeing the most on the marketing was Orchid and Maya, primarily because they were showing off their “flowing” hair tech, which by today’s standards is lousy, but back then was pretty impressive. I think Nintendo at the time was a bit more favorable towards Fulgore, but Rare, from all the promotional art, seemed to not put too much emphasis on any one character.

For KI3, I have not seen a “posterboy” at all. Sure they have Jago vs Fulgore on a few things, but I haven’t seen any more effort put into one character over the other for the sake of promotion. If anything the focus has pretty much been on whoever is new.

Also, this is probably why you don’t see the issue in KI you do in MK or SF where half of everybody online plays as the posterboy. I haven’t played MKX, but I hear that about 80% (rough empirical estimate) of online players pick Scorpion, and I know on SF games I have run into more than a fair share of shoto players (Ryu, Ken, Akuma, etc). KI though…I have seen a wide variety. Maybe it’s because of the rotating free-to-play character…I dunno. But whatever the case I have not seen any character in KI3 as a main go-to mascot.

…except for maybe the KI logo…

Also, this is probably why you don’t see the issue in KI you do in MK or SF where half of everybody online plays as the posterboy.

I don’t know that I agree with this, exactly. I run into far more Jagos than I care to deal with, (and certainly far more Jago players than any other character), with Shadow Jago the next on the list. Jago in particular is annoying to me because there is a constant string of Jagos in Ranked, and I don’t personally feel his “balance” is actually balanced (but that’s another story). I would argue that Jago, Fulgore, or both of them together are certainly the most mascot-like characters.

Every day that I play there seems to be a different “favorite” among my opponents besides these two. During play last weekend, I faced an inordinate amount of Riptor players. Earlier this week I fought a lot of TJ players. Other days the “favorite” is the newest character, but that’s to be expected.

It’s hard to decide which is which. KI has several characters that makes the game iconic, memorable, and popular to the eyes of gamers. For me, it would be either:

So far, Fulgore was the KI Mascot when you take a look at the console releses. 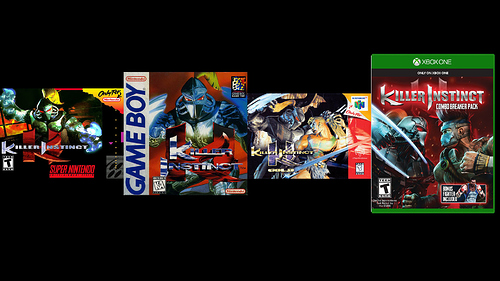 I think a lot of the shadow Jago hype is mostly due to his exclusivity/becoming a “real boy”. I really haven’t seen any more Jagos lately than any other character. I dunno…maybe it’s because KI had such a long hiatus there hasn’t been that one character that has been in every game despite other roster changes.
I guess I would probably say the same about Jago & Fulgore…but really I don’t see a whole lot of them online.
Then again I’m getting fairly high up there in rank and primarily play with Killers and Golds, so I don’t spend a lot of time with the more casual crowd.

Then again I’m getting fairly high up there in rank and primarily play with Killers and Golds, so I don’t spend a lot of time with the more casual crowd.

Since I’m doing monthly resets for my Challenges, I am ending up against more casual players than hardcore players, but I saw the same Jago-heavy disparity last Season as a Killer, so I don’t think it’s unique to “casual” play.

As to how often I face him, my stats page tells me he alone makes up for 20% of my online losses; I’ve been playing since early 2014, so we’re not talking about a tiny slice of data, either.

Fulgore hands down. He’s not just one of the faces of KI alongside Jago and Orchid. He’s also the only reason I even bother to remember KI2 outside as 'that game without Riptor and Cinder" lol.

There’s already a thread for this topic.

Who is the face of the Killer Instinct franchise?

Hi, a question, I always thought Jago was the face of this franchise. And at times I actually believed that there were two faces representing the KI franchise: Jago and Fulgore. However lately, with so many great new characters, I actually...

I’d have to say Fulgore as well. 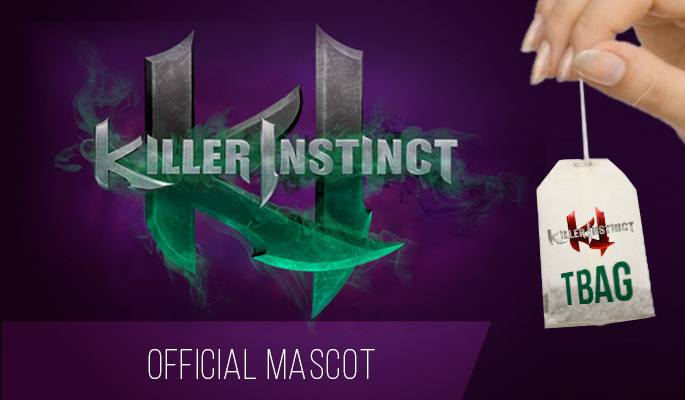 Seriously, that would be awesome and funny at same time if one of any fighting game merchandise would be tea in tea bags XDDD

On subject, I think KI mascots should be Fulgore, Jago and Orchid, and Gargos, because he is main boss.

Traditionally, I’d say it was Fulgore and probably Spinal.

In new KI? I’d say Maya has a large role to play from a story standpoint, as does Kan Ra.

Truth be told, I think that you could make almost any character the “mascot” character for this game if you really wanted to. There are a lot of strong options.

But gun to my head, if I had to name one character that’s the “face” of KI or the mascot, I’d still probably go Fulgore.

I respectfully disagree. Would you want a rash on your face?

He should be the face of a MS game franchise, but not KI.