Which Character Makes You Groan the Loudest When You See Them on the VS Screen?

NOTE: We ran a second poll with more characters. The Groan-Inducing Character Poll, Round 2

I’ve got this question. It’s burning a hole in the side of my head, so let’s have fun answering it with a poll.

Reading the Subreddit, Twitch chats, YouTube comments and of course threads in this lovely forum, it seems to me the vast majority of us have at least one character that makes us groan “ohhhhhh dammit” when we see them on the VS screen. We don’t necessarily think they’re OP (but we might). Moreso, the character’s playstyle just stresses us the hell out. We feel like we have to devote every last cognitive resource at our disposal to the fight, if we’re to stand a chance at winning. Which character below fits that description best, for you?

Answer choices are based on common opinions I read in qualitative form all the time.

NOTE: Eyedol is not listed, because everyone knows he’s broken and en route to patches as of 21 August 2016.

Why is the whole cast (sans Eyedol) not listed?

Thunder, I hate him cause he is too cheap, and has too many tools and is very braindead. IQ of a pigeon is enough to use thunder in ranked

There’s an issue with the max number of choices being fewer than the number of characters in the cast. Figured it would be easier to manage if I just include the characters whose names seem to come up in conversation all the time and add a “mine’s not listed” to capture the surprises.

If it turns out that “not listed, here” is a big portion of the responses, I’ll run a round two with some other choices based on feedback I expect to get in this comment section. Maybe some of those people were looking for Hisako or Omen

Yeah hisako ■■■■ her and eyedol for obvious reasons but the hit stun on her hits feel like you’re standing there forever.

Rash and Glacius. Rash because he’s all over the damn place (plus that stupid wrecking ball) and Glacius because of his freaking shatter + hail (and don’t get me started when he combines it with instinct puddle punch).

Tusk… but the groans are of a whole other nature. 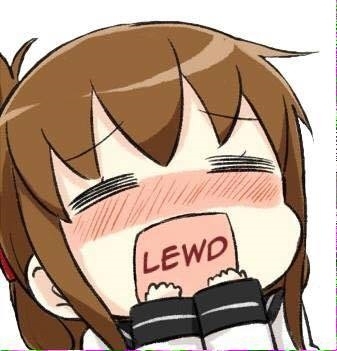 On topic: It depends on the character I’m playing. Eyedol is kinda the odd man out right now, but a good zoner can usually put me in a tizzy.
Though I’ve always kinda despised fighting Jago. His toolset is really good, and a proper good Jago is frightening.

Probably Shadow Jago and Omen, it seems no matter what they always give me a hard time lol

Jago because everyone picks Jago, always, constantly, and if they don’t, they have a pocket Jago for later to annoy you with. Jago Jago Jago.

Jago because everyone picks Jago, always, constantly, and if they don’t, they have a pocket Jago for later to annoy you with. Jago Jago Jago.

I feel you, there. Lately, I’ve been going up against both insane Jagos and insane Hisakos. I thought I knew how to beat those two characters until this week.

Jago players always seem the most likely to triple ultra and tea bag/taunt upon winning also, which has definitely tainted the character for me as Captain Yolo Mc-Easy-To-Pick-Up, yet still they act like douche-canoes upon winning. I used to like him in KI1, now it’s a case of over exposure to the character plus people acting like bum hats online with said character. >_<

Too many jagos on the dance floor! It was always SAD-ira for me, i never liked the spider c*** but now that i’m playing gargos she’s become a joke to me.

right on the money those jagos are the worst!

You can do 3 ultras with jago? I think you have him mixed up shago, since lately all the shagos I’ve fought teabag and taunt the whole match and should they win they’ll ultra and drag it out for as long as possible.

Eh, might not be 3, might be 2 with a tonne of crap inbetween but it’s as many hits as possible. (In my opinion, any Ultra online that exceeds 5 hits is too many, you wanna waste time, go do it on the CPU) Shagos are annoying in their own right, but I see less and less of those online these days, it’s definitely Jagos spammed at me in a seemingly endless and endlessly arrogant stream.

I don’t mind ultras, the only time I do mind them is if we are in exhibition and we’re 20 matches in and every match he wins its 3 ultras. Lately I’ve only fought very few jagos and they didn’t ultra and the few shagos I’ve fought only two beat me and it was douchebag central.