What is the Future Story of K.I

Each story so far has been it’s own story building up so whats next for the story of KI im going with the Season approach because I think the idea of a new K.I is &@%#^ Stupid so if there is a Season 4 will there be a hole new story based after Killing Gargos or will all Future character’s just have there own added story into Shadow lords to take out Gargos I personally want to see what happened after Gargos has been defeated.

Quite simple. Dealing with ocrhid and company, the coven and getting rid of kan-ra.

Sniff Some people have no imagination.

Easy solution is to simply add to Shadow lords.

We don’t need a whole new story, we can add the new characters into SL and update it with more quests and content. All of the funding that would go to developing another story mode could easily be used to improve Shadow Lords and make it much better than it currently is. The overall story of KI is the battle for Earth against Gargos, there’s no need to fit an entire sequel’s worth of story into the next season.

How about new threats that seek the end of mankind and all of existence?

I’d rather IG finish the gargos arc. Tie up the loose ends, end it good. Then do something else. Hell, you could even pull an eyedol threat if you wanted too here. Or go explore a coven threat or kan-ras threat.

But those who seek to end creation and all of existence. A world of nothingness. Even restart the world in one’s own image.

Welll of course, again the coven and kan-ra spring to mind.

nah I rather the Covenant 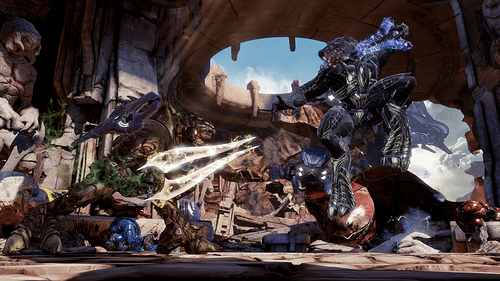 Sorry but no thanks. I still stand by that the story of this iteration of KI should end at S3. I mean you stopped a dimensional warlord and his invasion of the entire planet! Pretty much across all three seasons has lead up to this grand moment. I definitely feel that’s a great stopping point for the current story and the heroes deserve a good long rest. Save the future story stuff for a sequel.

I vote for an actual tournament. Winner rules the cosmos and not at all simìlar to the mk tournament for legal reasons

Well Ultratech is still out there and Eagle just got busted out by Glacius. I’d think you would go from there.