What is Fulgore's hair made of?

I’m having a legitimate argument with my girlfriend.

I know this is ridiculous, but is there any official answer?

In his teaser I believe he had a hologram but I’m positive it’s hair now.

I’m having a legitimate argument with my girlfriend.

Why your girlfriend want to know which it’s hair or other?.. It’s not important. -_-

Long story! Nothing hostile, but we can’t see eye-to-eye on this one.

Well, 1 thing I can tell you for certain is this: it’s NOT real hair.

'Cause it’s a video game.

I’m not sure if it changed with the reboot but I always thought it was Plasma related or something. I was young when I made this assumption, mind you.

The hopes and dreams of unicorns

It could be the same material used in wigs, but depending on the budget and period of history this could be many things. Human hair, horse hair, nylon, cotton…
I’m going to guess it’s synthetic, like the rest of him.

Yeah, that’s the loophole they’ll use in the story.

Technically he’s a cyborg because they glued Eagle’s hair on.

Or glacius hair…don’t ask me how that works. It’s science.

Okay, I’m now going to say this about Fulgore’s so-called hair: Overall it’s synthetic and at the same time cybernetic

In its concept design it clearly seems to be hair… 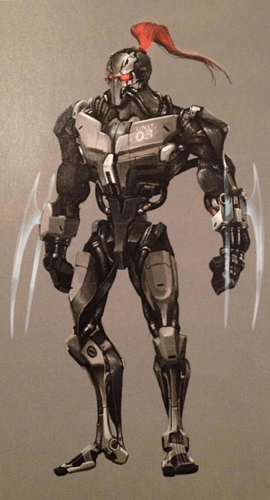 If you look close enough, you can see a few disarranged hairs in its tuft… 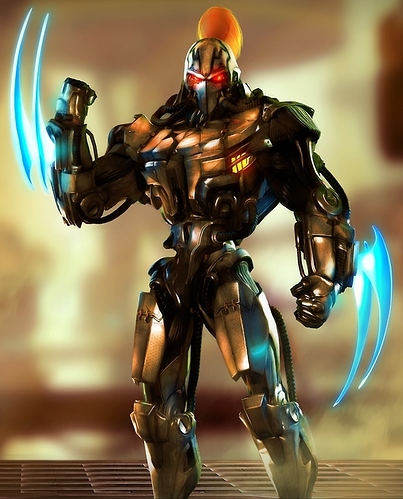 At the same time it kinda resembles the plumes of a knight’s helmet (the first time I saw Fulgore back in 95 I thought it was a medieval knight!), so it could be made of synthetic hair, feathers or fabric. However, the reflection on its metallic forehead as seen in the retro artwork seems to imply that it glows… 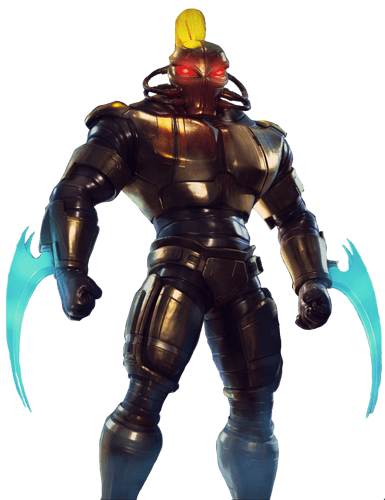 Therefore we can assume it’s some sort of ultra-thin fiber cables that glow yellow and seem to be connected to its mainframe/brain. Imagine, if you will, that there was not enough space inside its helmet to store all the fiber cables in, so they had to be left out dangling - albeit in a stylish way. The fact that they glow seems to imply that they are “active” or connected to something that is running. More than just mere flair, they may actually serve a purpose. Though I’m sure someone at UltraTech’s marketing branch though it looked cool this way.