We need a Weaponlord reboot now!

That would be wonderful if this great game back in the hands of Mr. James Goddard.

Celebrating the 20th Anniversary of the hit SNES/Genesis fighting game “Weaponlord.” Get an in-depth walkthrough of the game’s mechanics and history with the game’s creator DJames Goddard and myself, Alvin Cartuyvels (Drumz). For more Weaponlord footage, please check out the links below to some other incredible combo and Deathstrike videos from other youtube users. 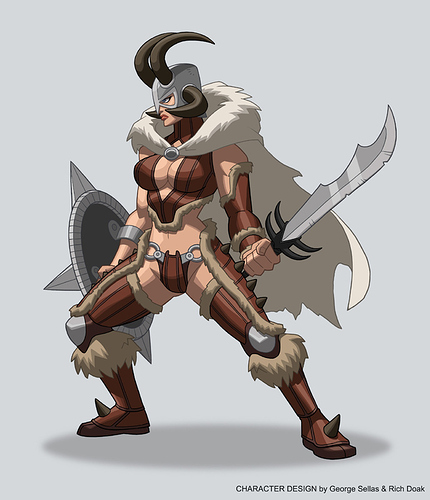 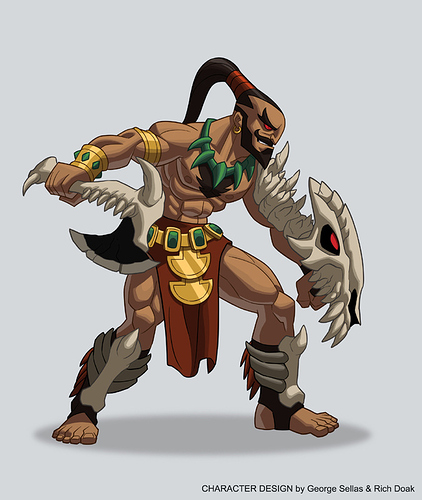 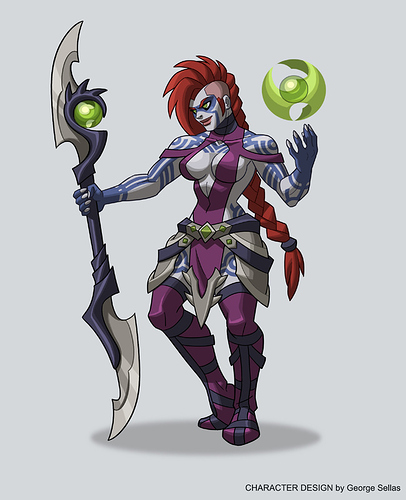 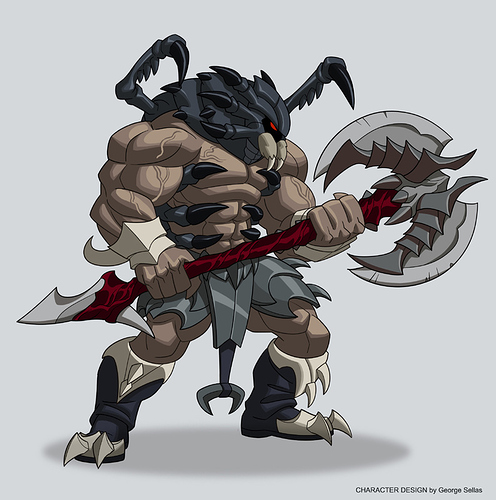 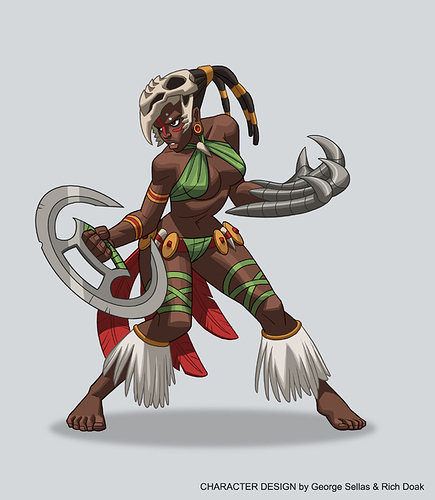 I’ve never seen this game before, but I love the art style in the concept art here! I’m going to have to check out gameplay tonight.

Are they remastering it for the anniversary, or just discussing the game itself?

There is a possibility of a remake ,in this page they talk about a kickstarter http://www.georgesellas.com/weaponlord-tribute.html

Saw Game Informer did a piece on this game. It’s pretty good actually. Unfortunately I can’t link to it on my work computer (ratsafrackin security BS). I found it on twitter yesterday, so yeah, it’s worth checking out!

This was one of my favorite fighting games back in the day. I’d love it if James, Adam and MS could some how secure this IP from whoever currently owns it. I’m assuming Namco? Maybe Visual Concepts?

Either way, it’s got a great aesthetic and was highly complex and original, which was not overly easy to find in the torrent of SF and MK copycats that flooded the market back then. This was one of the greats, and it’s sad that it seems relatively lost to time. I know there’s a kickstarter for it, and that’s great, but I’d love to see James heading this up with a team like IG at MS to bring out a fully realized next gen version ala KI.

weaponlord was the ■■■■!! i had a ton of fun with that game on the SNES. for its time i believe it was ahead of the pack for both streetfighter and MK which at the time was dominant. it had some good system mechanics in place aside from the fatalities. you had parries, weapon clashing, all kinds of ■■■■. you can whack things off of character’s (like Kor’s braid) also.

i dont remember everything, but i do remember this game required high execution and skill to really get into the depth of it. the way fatalities were done was also badass, you just did a move kinda like MKX’s brutality and you’d mutilate the opponent. there was no “finish him”, you just killed the opponent outright.

if this game ever comes back, i would totally support it 110% especially with arcade stick support

I enjoyed the video, it was interesting to see the level of strategic detail built into the game even way back when, though I think some of it can certainly be simplified for a modern, KI-esque reboot!

@TotalJimkata I hope you’re strongly considering rebooting Weaponlord, even if it’s through the Kickstarter route. I think given the right kind of exposure you’d be able to fund it pretty easily - and the KI forums aren’t a bad place to start at all. Maybe you can work out something with MS to make your reboot an Xbox exclusive too!

i wouldnt want weaponlord to be exclusive, it needs to be multiplatform. PC, PS4, X1. Weaponlord must spread its glory to all who seek its bloody treasures!

@TheKeits Any chance you guys took any inspiration from some of Weaponlord’s mechanics while working on Tusk’s Deflect stuff?

Some of the “this frame range has my weapon between us, so it makes me safe” stuff looks like it could’ve been!