Way of the Tiger

The "GGs" Thread! (AKA The Enormous Matchmaking and Rational Beef Resolution Thread)

Guys and Girls, Please play the music while reading this. If you cannot, it’s ok! Continue reading.

So I took one man under my wing who required my help with the Ninja Monk, Jago. This man, endured hardships, beat downs, and tons of excecution drills. He strived to get better, and asked everything he could. He endured the brand of shame, and learned the concept of humility.

He fought through numerous trials to learn his title as master one day. Even though it was a long journey ahead of him, he endured, and pressed on. Unshaken, and stubborn to become one of the best. It was a long night. I had just got done fighting a really good Maya player. I spotted him in ranked. We had bumped into each other, something I was not expecting. We played, and while I gave my best, he won.

I challenged him to a FT5 set, and to make sure he’d put out his best, gave him something to fight for. More than honor to fight. The Legendary title of “Master.” To be his own warrior, and from here on out, he forges his own destiny.

And there was a victor. One who fought with honor. One who believed in the Tiger Spirit, and came out with a victory.

GGS @oTigerSpirit! I guess you aren’t my “student” in the Ostrich Dojo anymore. Go! Your path does not end here, it is just the beginning…

LMAO at this post, But seriously, GGS dude. We will play again soon. I just REALLY wanted to do this post. SO BAD. I had it in my mind for a while.

And Ryu music & stuff, because there is no gif of Jago walking away, and this Ryu Piano music is Godlike XD

I decided to glorify my new title…

I tip my handband off to your sir. You have come a long way. Seeing this only want me to improve my Jago game so that I too can become master of the tiger spirit.

Lol. I like it! Just be prepared for the Shadow Jago battle!

Are we doing a lobby?

No dude, just showing off the video.

Dude, I love how you worked with the trailer to make it flow nicely. Good stuff!

Looks like you mastered the ways of the tiger!

EDIT: BRB gonna make another tribute! Thanks for inspiring me!

Lol, thank you! I could make more video like this!

Do it, they are really fun. Would’ve been nice on my end if I could’ve removed the button layout.

Next time, just record during the match.

Next time, just record during the match.

Don’t forget about CC too!

This is very manly, 10/10 would bang, this would make Raoh giddy with excitement, im talking Jotaro Joestar reciept level of hype. Guts can respect this.

Once I get home that is.

No… You can turn on cc in KI game… 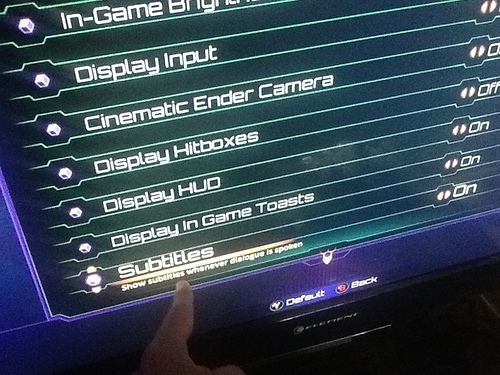