Just now there is a VF6 petition up right now, So if you are a fan of the Virtua Fighter series i would recommend to sign this Petition hoping it will get Sega’s Attention. Click the link for more Info.

Signed today, I’d do anything (almost) for a new VF

Me too, i just want to see Kage Maru in this Gen’s Graphics.

Signed, I hope we do get another VF soon.

I do wonder what happened to the series. Maybe Team Ninja will take over the property and make a new Dead or Alive VS Virtua Fighter megamix.

This game should launch in Virtual Reality.

Signed, of course Virtua Fighter > all I only want to see this guy again in this gen graphics. 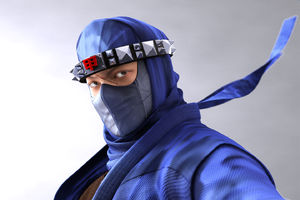 I WANT THAT GAME VIRTUA FIGHTER 6 !

You forgot about Dural.

Those numbers are rising daily, need to get it into the 1000’s now.

If it does happen, no Jean no buy

We need more characters this time. And besides Dural… WE NEED MORE VILLAINS!

Why no Jean lol ? Jean Kujo is here and will stay forever, it’s already a very good VF character…

One more male and female character for VF6…

and and and AND !? Ryo Hazuki from Shenmue as guest character to compete with Akira ! #letsfuckingoday1

I think The next Guest Character should be Kazuma Kiryu from Yakuza.

Signed… Sega really needs to pull their head out of the sand and revive this series. Listen to their fans regarding VF, not just the hardcore, no-story-mode fans. See what other fighters are doing, and take the good from each and avoid the bad from each as well…

The Petition has reached 900 Supporters on VF 6 Petition come on guys we’re almost there. DON’t stop the hype train now.

Have you shared this on VFDC, and the other sites??? I believe I saw it on VFDC, but I don’t want to jump to conclusions…