Read them all here: http://www.ultra-combo.com/updated-final-season-3-rebalance-patch-notes/

I guess not much else was needed to change. At least from what I can see.

Surge Divekick has 6 frames of additional landing recovery, and is now -3 on block instead of +6 to +8

Sad. I actually read the SB wrong. I thought they buffed the SB on block from -10 to -8. Not the other way around. oh well. L and M are still vastly safe vs 95% of moves anyway. HSB…eh…drone coverage helps here. That and good spacing makes alot of things not reach.

But all in all ARIA still robotting fools left and right.

That’s awesome. BTW you guys should post some sort of heads up, the next time Iron Galaxy decides to have a stream. Caught like the last 10 minutes of it earlier.

They nerfed surge Divekick? Huh. Wish it was at least positive on block, you DO spend meter on it after all.

So, basically, Glacius has no safe options in neutral now. He’s going to get punished for literally everything except standard normals. Thanks to the shoulder nerf, I can’t even use ice lance anymore without risk of full combo punishment.

Aww sweetness. Completely read over that hisako change. Nice…get ready to feel my throw invincible boot in your face you undead punk.

Wow. Omen got some bad nerfs. And the hisako nerf sucks too.

My mains got nerfed a lot. Thanks guys.

Fear not. You are at the stage now where you have two choices…

Evolve or die…make your choice.

Luckily for me I made my choice last week.

They hit him too hard.

Omens only overhead attacks are jumping attacks, and they were ALREADY punishable by certain methods. NOW THEY ARE USELESS.

Im giving him 1 week max, then im finding a new character if im not happy. 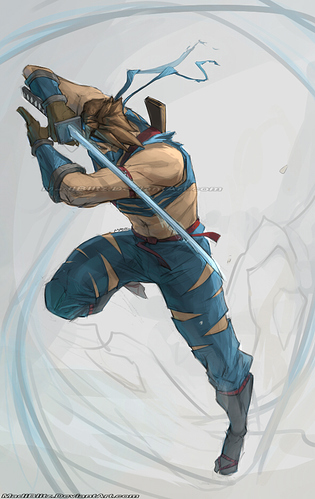 He got way better

I feel like I’m gonna struggle playing as Glacius now. Hopefully, I can adjust to his nerfs quickly.

First the nerfs, then we go straight into buff city.

While the changes are pretty good overall (Especially for Riptor, Spinal, and ARIA), I’m still extremely disappointed that Sabrewulf’s Instinct was nerfed:

“[-] Sabrewulf no longer gets any damage bonus during instinct. He still deals chip damage with normals, however.”

I rarely needed to use the Feral Cancel move because of Sabrewulf’s extreme unpredictability/versatility, as the bonus 10% damage boost was icing on the cake, and it was an excellent tool to help tip the scales in Wulf’s direction.

I’m curious- Was this change, along with the more obvious slowdown animation changes to the “attack from Run” moves, made to spur players to use and find a new appreciation for Feral Cancel because Sabrewulf’s moves are going to be much easier to see coming in Season 3?

While I am very excited to get my hands on all of the new visuals, fighters, and other fantastic goodies this Tuesday, it does hurt to see my Season 1 main lose another essential element. Gack- The Instinct animation won’t even make sense anymore, because he’ll “hulk up” to gain no additional power…

In any case, thanks for listening, KI Crew!

Remember my Competitive Preview stream from 2 weeks back, where people were saying Omen was clearly one of the strongest and maybe OP?

That build included all of the changes listed here.

You don’t have to take my word for it, but he is more than fine.

NO MAN. DON’T GIVE UP! Omen is still top tier!

That’s what I’m trying to say.